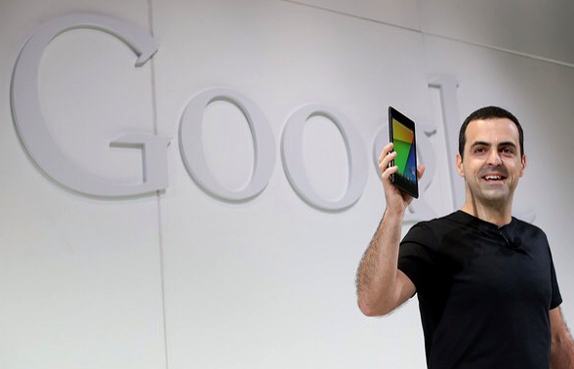 Hugo Barra, VP of Android Product Management at Google would join Xiaomi Corporation. He would be responsible for Xiaomi’s international business development and Android strategic partnerships, said the company on Twitter. He served at Google 5 and half years and almost 3 years in the Android team. Before joining the Android team, he was director of product management for Google mobile apps based in London. Hugo Barra would join the Xiaomi team in China to help them expand their incredible product portfolio and business globally — as Vice President, Xiaomi Global.

“I’m really looking forward to this new challenge, and am particularly excited about the opportunity to continue to help drive the Android ecosystem”, he said on his Google+ page. He appeared in Google press events including Google I/O, the annual developer conference. He unveiled the latest Nexus 7 tablet at an event in San Francisco last month. Prior to joining Google in 2008, he was director of Nuance Communications. He had previously worked in McKinsey & Company, Merrill Lynch, Netscape Communications and Walt Disney Imagineering.

Sundar Pichai now oversees both Android along with several other products within Google. In a Google+ post Sundar Pichai congratulated him and said that he’s thrilled that he’s sticking with Android.