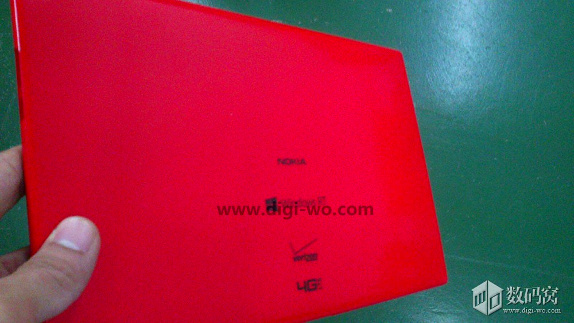 We’ve previously brought you details and leaked images of Nokia’s Windows RT tablet. Following a spate of reports published today, the tablet is all but confirmed. As expected, the tablet will follow the same design language as seen on the Finnish company’s Lumia range of devices. The device will run on a Snapdragon 800 processor and will be equipped with a 1080p display that is expected to have the ClearBlack technology as seen on its phones. This technology helps makes displays much more readable even under direct sunlight.

The tablet will have 32GB of storage which should be expandable via a microSD card slot. A 6MP camera will be placed on the rear of the device while a 2MP snapper would on the front of the tablet. Variants with built in LTE will also be available. It is believed that a removable keyboard with a built in battery will be available as an accessory for the tablet that is supposed to deliver 10 hours of battery life. The tablet is expected to be priced right in line with the iPad and is expected to be announced at an event in New York on the 26th.