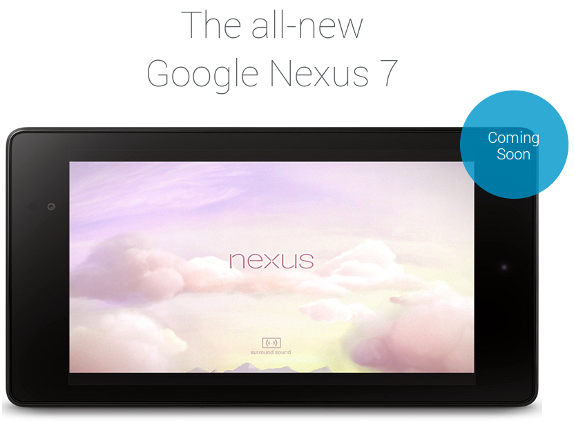 Google unveiled the new Nexus 7 few hours back. The Nexus 7 comes in 3 variants, 16GB WiFi, 32GB WiFi and 32GB 4GLTE. Google announced that the WiFi version of the Nexus 7 (2013) would go on sale first in the U.S starting from July 30th over Google Play and several local retailers. It also announced that the Asus-made Nexus 7 tablet would be available United Kingdom, Canada, Germany, Spain, France, Japan, Korea, and Australia in the coming week with other countries to follow soon after. Even though they did not announce what these countries the New Nexus 7 page is live for several countries including India that reveals that the tablet would eventually launch here.

Google Nexus 4 was expected to launch through India Play Store back in March but it was launched by LG in May. Google currently sells the 16GB WiFi and the 32GB WiFi variants of the Nexus 7 in India via Google Play and Asus sells the 32GB 3G variant through stores and online retailers. We are not sure when the new Nexus 7 would go on sale here or how it would cost. The Nexus 7 16GB and 32GB WiFi variants are priced at $229 and $269 respectively in the U.S. and the 32GB 4G LTE variant costs $349 in the U.S.