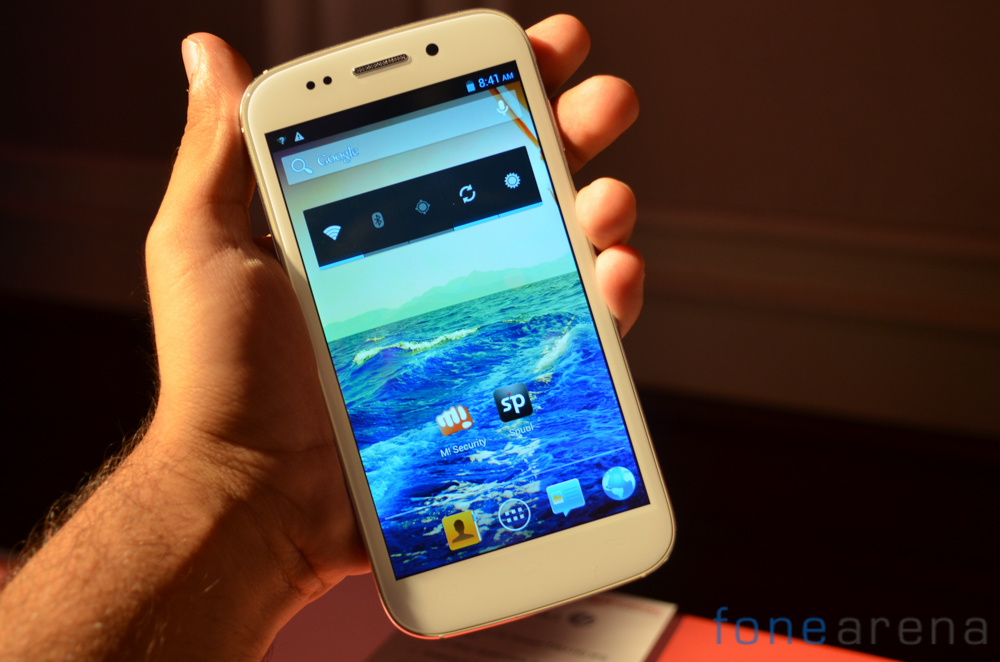 The Micromax Canvas series of handsets have been particularly popular for the indigenous smartphone manufacturer. The Canvas 4 is the next device in the series and offers more of an update than a complete rethinking of the formula. Will it be sufficient to match the hype around the device ? Check out our impressions below to decide for yourself. 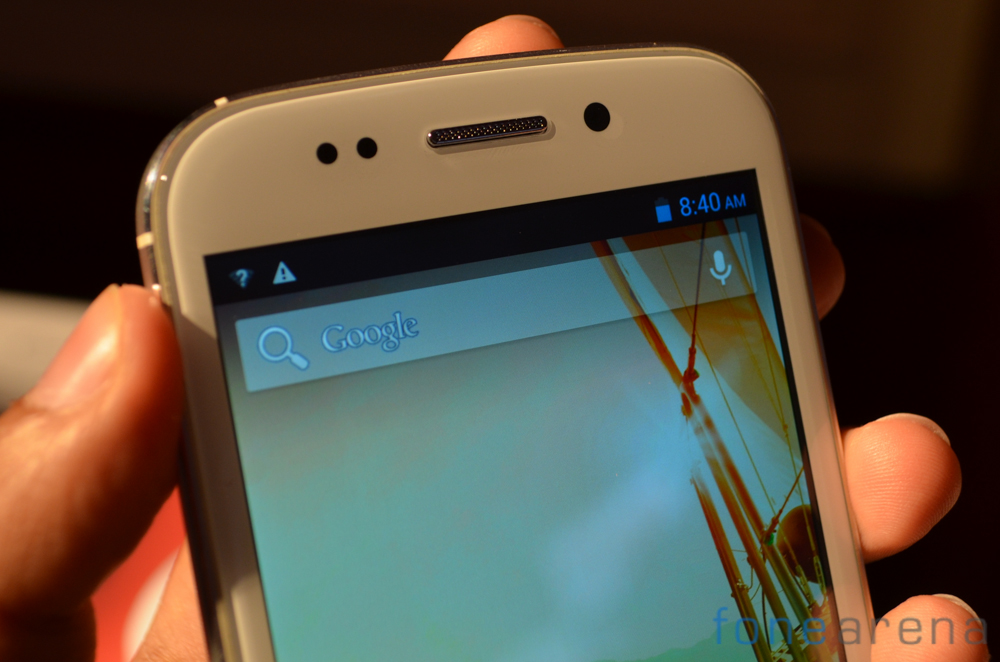 The front of the device has a large 5 inch screen with a resolution of 1280 x 720. While the size and resolution of the display is the same as on the Canvas HD, we found that using an IPS panel has resulted in much improved image quality with vibrant colors and fairly wide viewing angles. 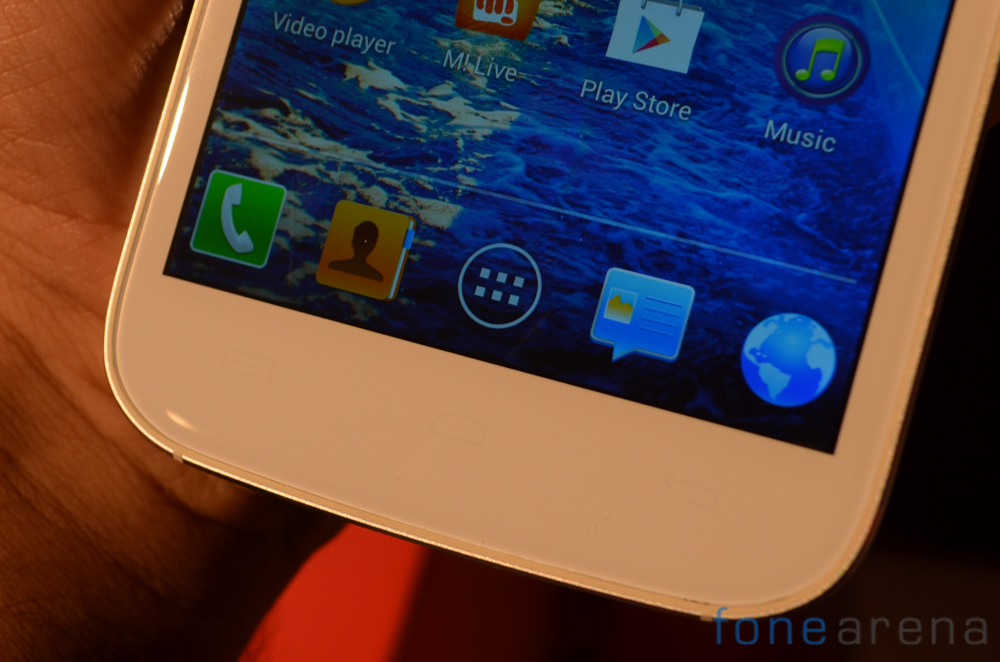 The bezel on the phone remains fairly large while below it are the capacitive buttons. The buttons are backlit and being white in color, vanish into the design once switched off. 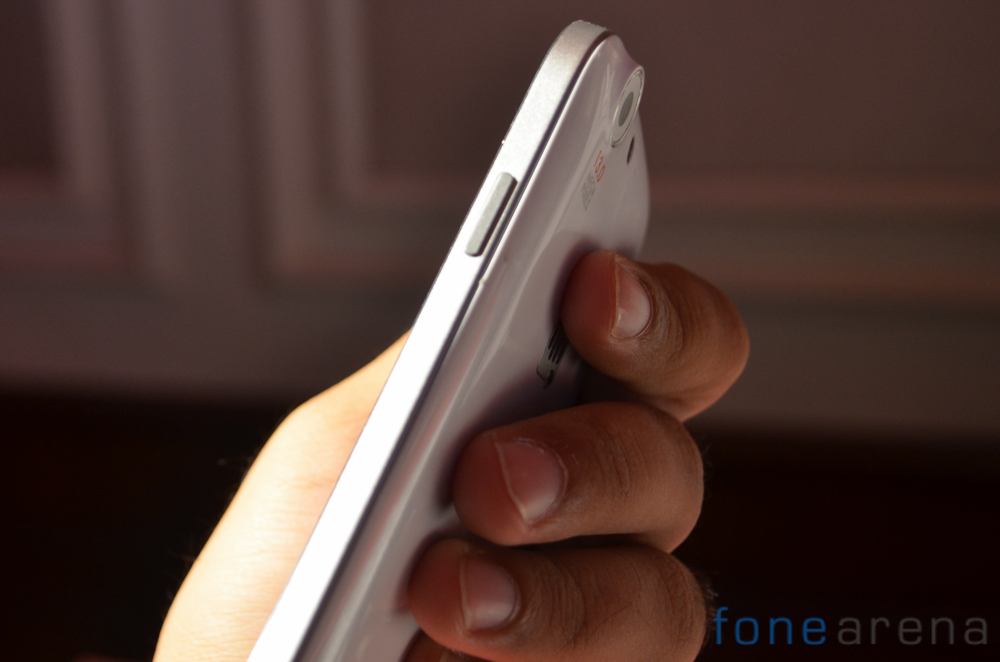 The right side of the phone has a power key while the left sports the volume rocker. As you’ll notice, a metallic band runs around the entire handset though construction is predominantly plastic. 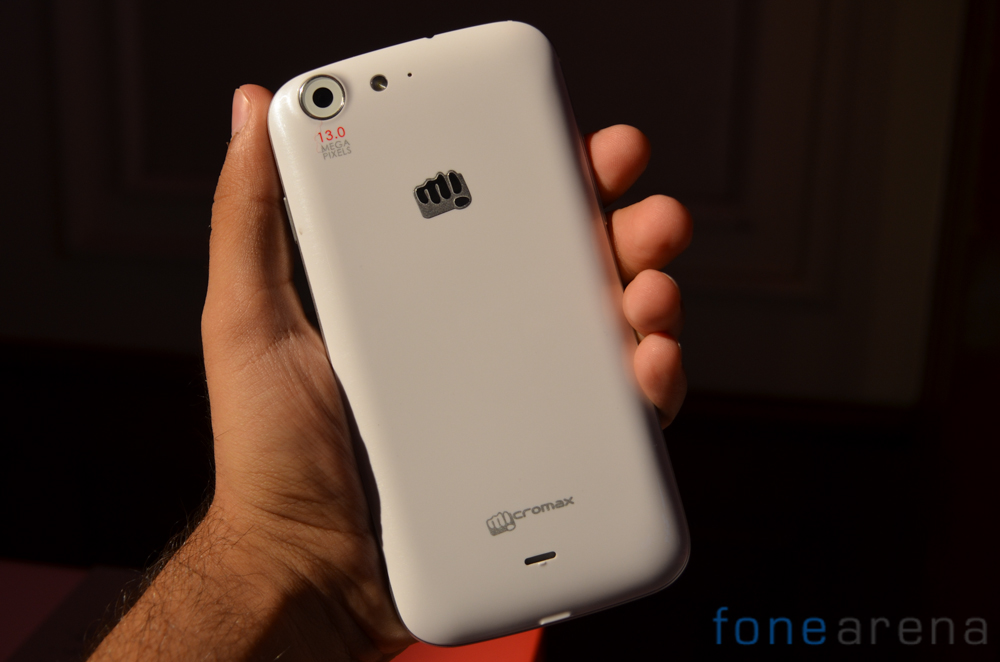 Coming to the back of the handset, we find a hint of a texture in the white plastic used. At the top left corner is the 13MP camera with an LED flash next to it. Right in the middle is the Micromax logo. At the bottom of the phone is the speakerphone. 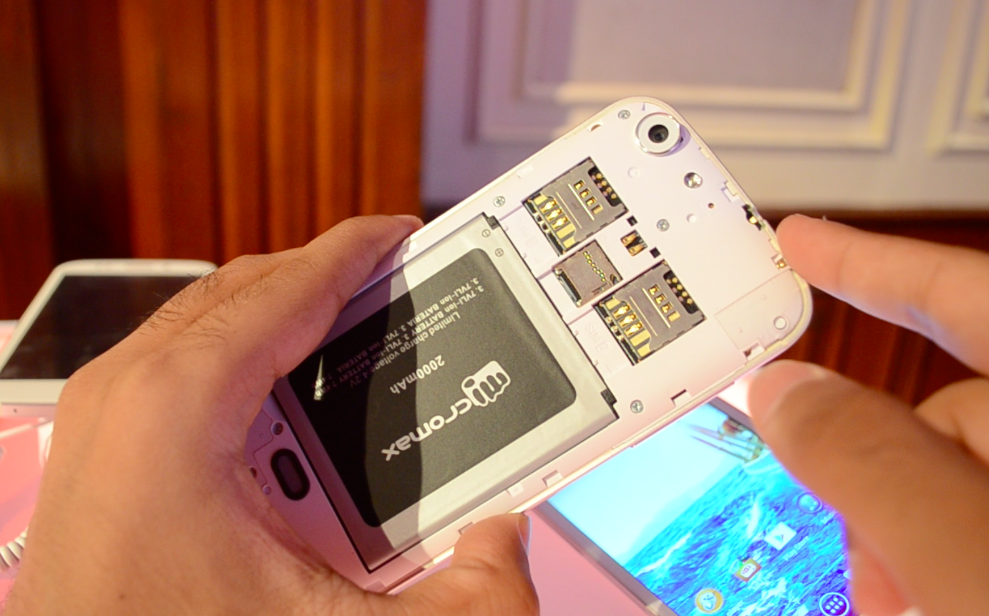 Under the battery cover lies the 2000 mAh battery pack. You’ll also find dual SIM card slots and a micro SD card slot as well over here. Worth noting is that the handset is of the dual Active standby variety. 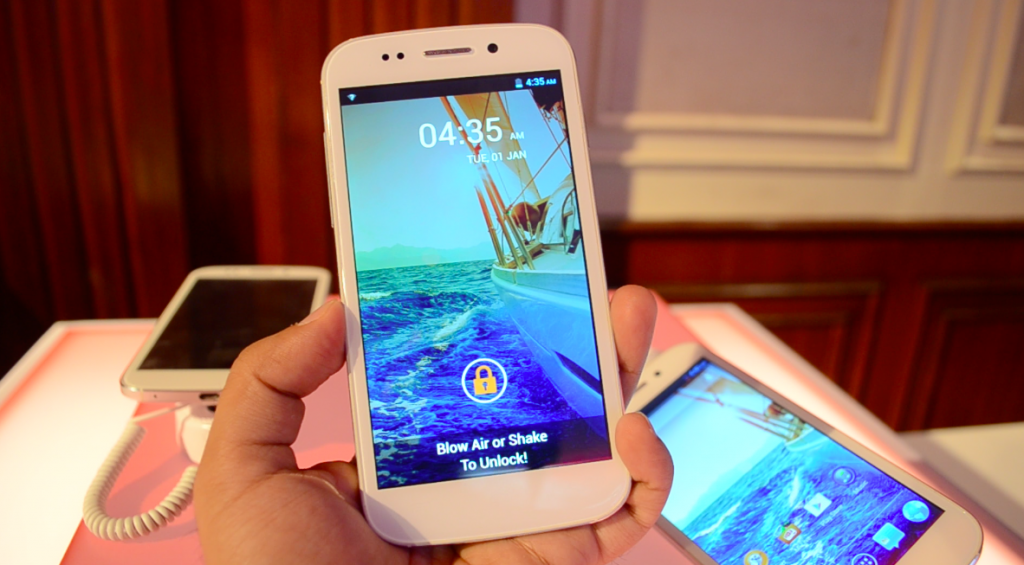 Running on Android 4.1.2, The phone has a range of software features/gimmicks like ‘Blow to Unlock’ bundled in that you may or may not find useful. Micromax is betting big on gestures and sensor based additions as can be seen by the ability to change brightness by swiping. The handset can also pause video when it detects that you are looking away. While none of these features are new as such, they do offer added value to the end consumer. 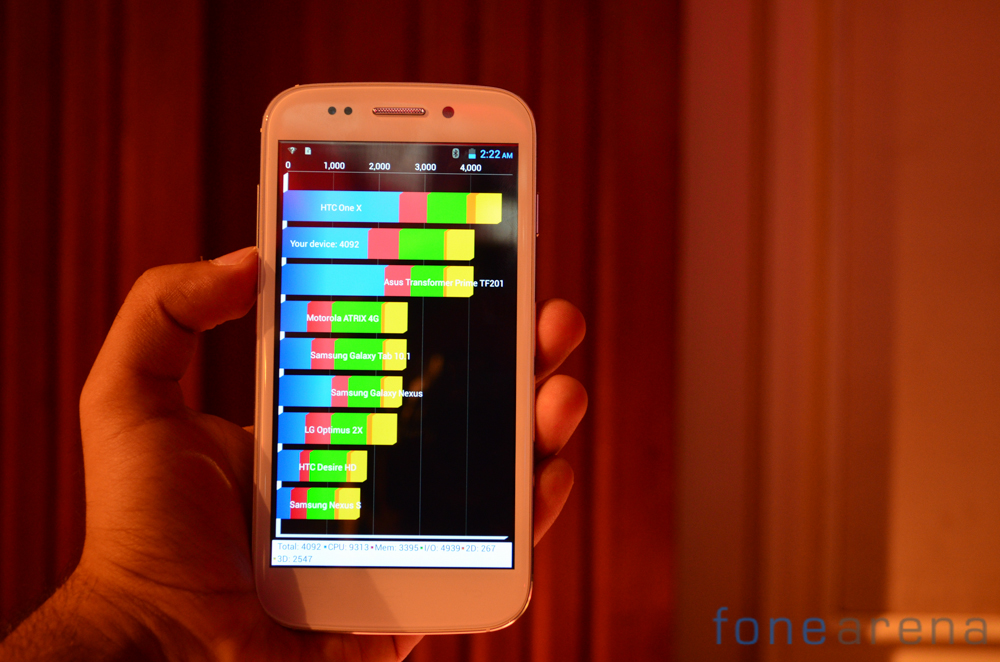 We got a chance to run some preliminary benchmarks on the handset and it managed to score a pretty decent 4092 in the Quadrant benchmark. 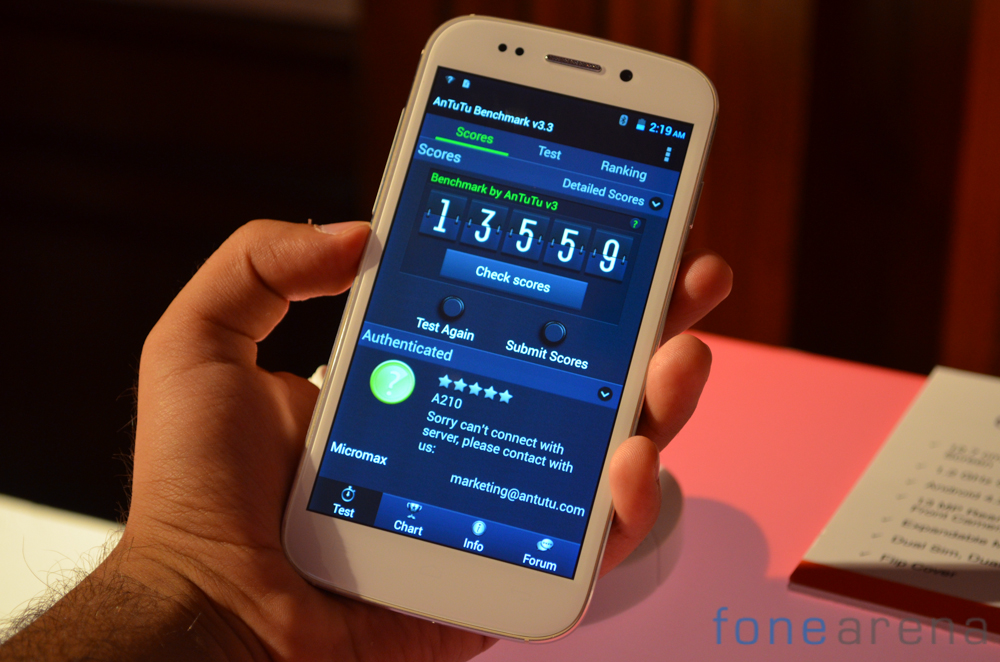 Even in AnTuTu we could get a score of 13559 which is quite good for a device in this category. In actual usage, the handset felt quite snappy with no hint of a lag. Of course we’ll have to put it through our entire range of tests to be able to give a final verdict. 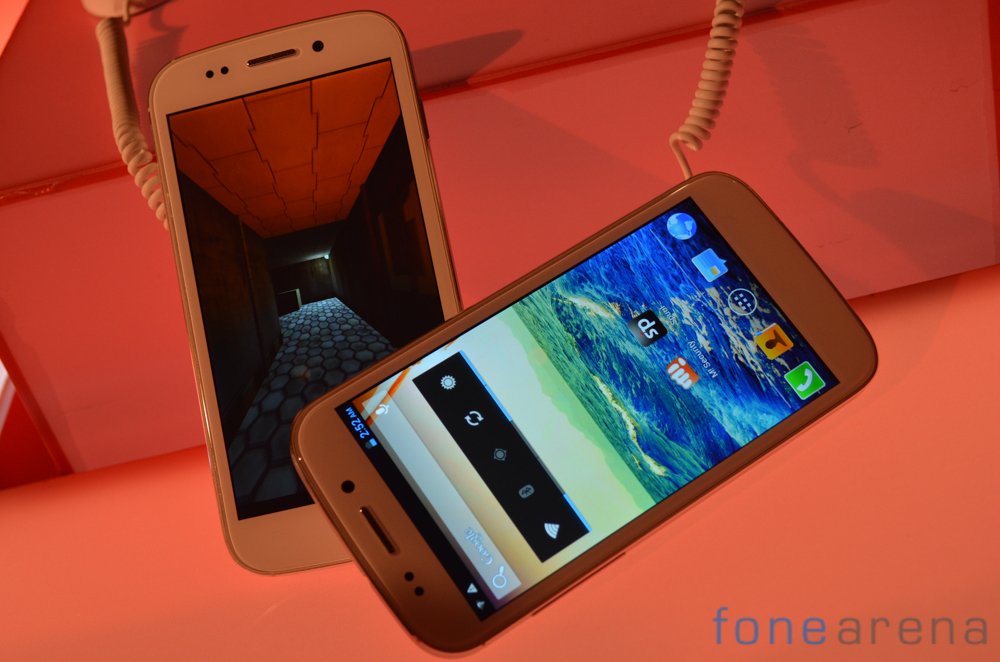 The Micromax Canvas 4 looks like quite an interesting update to what was a very popular handset. Pre launch hype and expectations were sky high but we feel that Micromax has done a good job here by introducing a well balanced device with decent build quality. The phone has been priced at Rs. 17,999 and is available in retail now. We’ll have a full review up for you shortly, in the meanwhile feel free to drop in any queries about the device in the comments section.