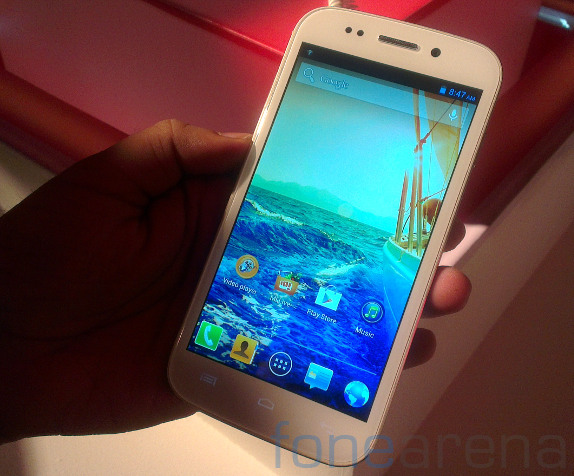 Micromax has launched the Canvas 4, the company’s latest flagship smartphone. The company stared teasing the phone in photos and videos last month and it went on pre-order at the end of last month and it says that the phone has got about 4000 pre-orders in the first 24 hours. The Canvas 4 has a 5-inch (1280 x 720 pixels) HD IPS display with corning gorilla glass protection, powered by a 1.2 GHz quad-core processor and runs on Android 4.2 (Jelly Bean). It has a 13-megapixel camera with LED flash, 1080p video recording and a 5-megapixel front-facing camera. It comes with Dual SIM support with dual standby similar to other Micromax smartphones. 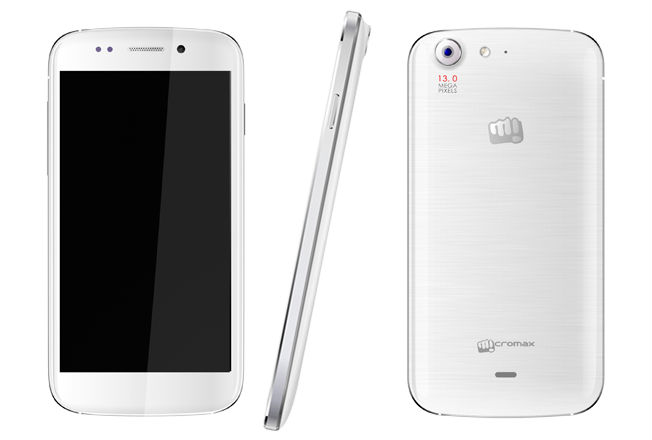 The phone has aluminium frame which also serves as the antenna. It has “blow to unlock” feature, video pinning feature similar to the pop-up play that lets you play the video in a smaller pop up window on top of the screen while multitasking. The video player also has swipe controls to seek, control volume and the brightness. It pauses the video when you look away from the phone when you are watching a video, similar to the Smart Pause.

The Micromax Canvas 4 is priced at Rs. 17,999 and comes with a free touch cover worth Rs. 3000 that would let you use the phone even when the cover is on.