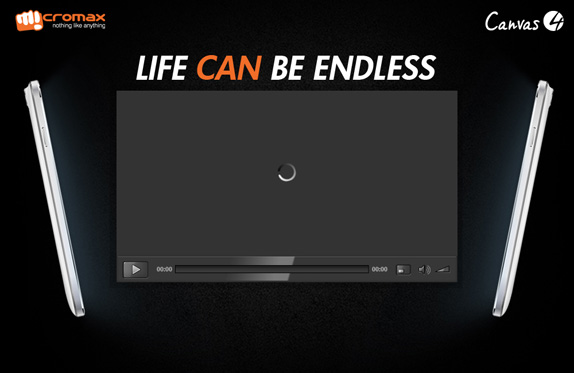 Micromax is launching the next major phone in the Canvas series today in New Delhi and is also broadcasting a live stream of the launch event. Micromax is expected to give us all the details of the much anticipated Canvas 4 today including the exact specifications and the market price. The phone is expected to have a interesting unlock feature and might feature a gesture based interaction.

Micromax is already taking pre-orders from the Canvas 4 phone for Rs.5000 but has not revealed the final price. Micromax  stared teasing the phone in photos and videos last month. Some images and specs of the phone have leaked in the last few days and it looks pretty similar to the phone in the image for the live stream above.