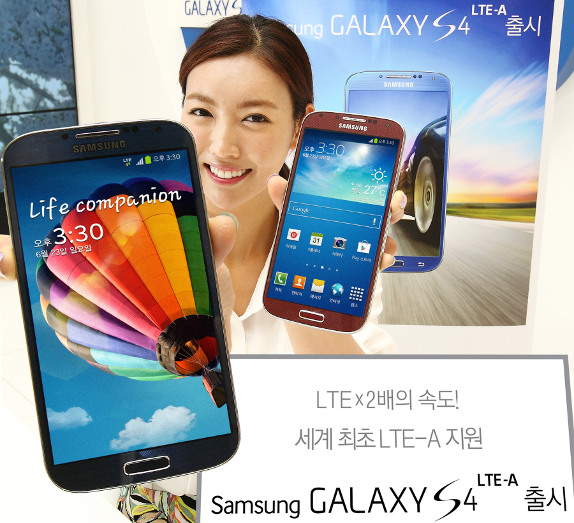 Samsung has announced the Galaxy S4 LTE-A, world’s first LTE Advanced-capable smartphone in Korea that would offer twice the speeds of LTE. It has a 5-inch Full HD (1920×1080 pixels) Super AMOLED display and runs on Android 4.2.2 (Jelly Bean) similar to the Galaxy S4, but this one is powered by a  2.3 GHz quad-core Qualcomm Snapdragon 800 processor instead of Snapdragon 600 in the LTE version of the Galaxy S4. Other features are the same including a 13-megapixel rear camera with LED Flash, Full HD video recording, 2-megapixel front-facing camera and 2600 mAh battery. 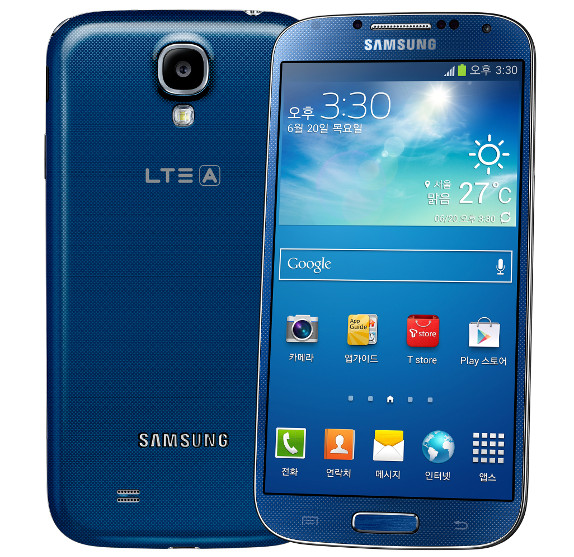 This has unique features including Smart Pause, Smart Scroll, S Translator, S Travel (Trip Advisor), S Voice Drive, S Health, in addition the Korean version would come with ImageON feature which analyzes images from the camera, then identifies and plays videos related to the image with just one click and Digital Media Broadcasting service that offers access to live television programs on-the-go. 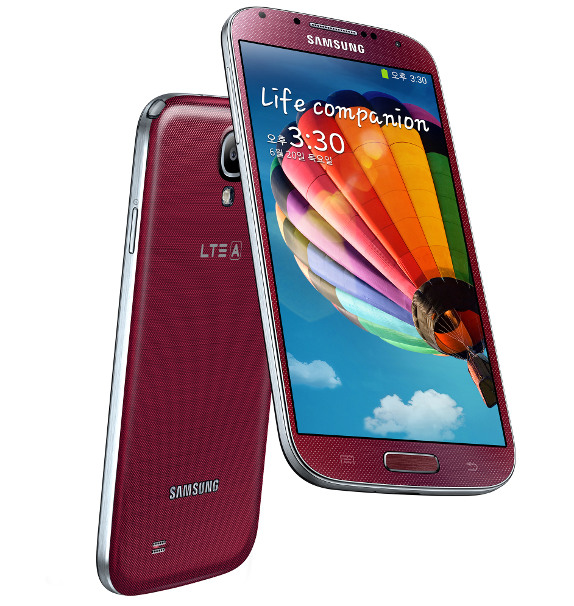 The Samsung Galaxy S4 LTE-A would be available this summer in Blue Arctic and Red Aurora colors starting in Korea. It would be available at a price of 900000 South Korean Won (~US$780) from the Korean carriers SK Telecom (SKT) and LG U+. More color options would be added soon.