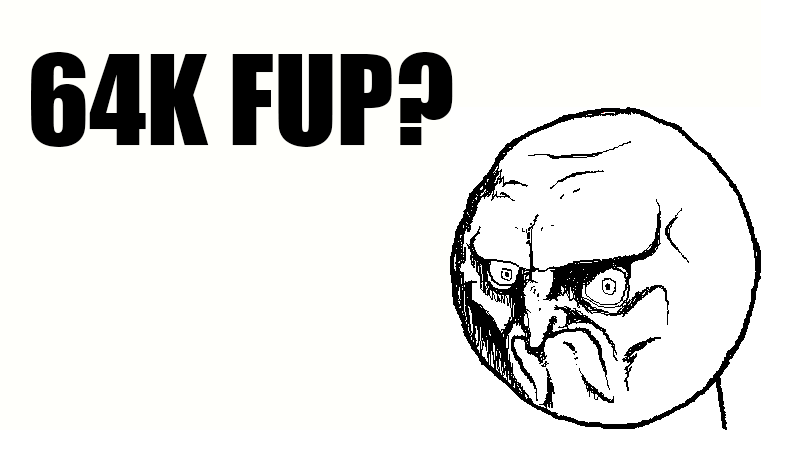 Interrupting my usual Internet binging over a daily 2 hour commute, was a message from my operator. The message said I had exhausted my 2 GB limit for high speed internet this month, and now will be forced to a ridiculously low speed of 64 kbps. Say what?! Yes, I understand the concept of a fair usage policy thank you very much, and hey, apparently, I can either go through with the reduced speeds or order an add-on pack for an additional 250 rupees for a GB of 3G data. How lovely!

Ok dear Operator, I understand the need for a Fair Usage Policy because offering me unlimited data for eternity is not going to cut it for you, purely in terms of business and I totally get it. But why are post-FUP speeds so retarded? Internet these days is very data intensive and even basic mobile web browsing takes up considerable amount of data and needs decent bandwidth. 64 Kbps is like time traveling back to 2001 with a horribly slow beeper of a 56.6 Kbps landline modem.

This needs to change. Consumers like us are paying considerable amounts of money for 3G. Yes, may be some of us go through the given amount of data sooner, and may be we need to hold our horses, but that doesn’t mean we have to live with pathetic speeds that almost makes the internet useless! I mean, come on, at least give us EDGE speeds, which are the bare minimum speeds for network infrastructures these days! Is the amount of money we are doling out every month not enough to at least provide us with EDGE(144 Kbps) like post FUP speeds? Is that really too much to ask?

Seriously guys, lets take a step back and compare the Broadband market. BSNL’s FUP is at 512 Kbps, Airtel is at 256 Kbps, but their highest speeds are usually far lesser than what 3G offers. Can you imagine how steep a fall is from a 10M 3G connection to paltry 64K post-FUP speeds? Even more ridiculous is that some of the operators are offering either a 20 Kbps or 80 Kbps speed post FUP(or similar restrictions). SERIOUSLY? 20 KILO BITS?

Completely retarded. I hope the greedy operators take note and do something about it. We would be more than happy with EDGE-like speeds after FUP, would even tattoo the operator logo on forehead if anything around 512 Kbps is offered post-FUP.

Author’s Note: This is just a quick rant on a small issue that needs some attention. Please take no offense and stop offering me advise on how I should use my data carefully.

This is an opinion piece. It is solely the author’s opinion and does not reflect the publication in any way.