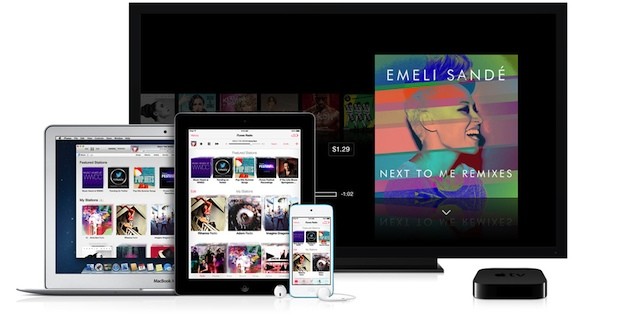 At the World Web Developers Conference, Apple just announced the long rumored iTunes Radio service. To be a  part of the music player application, it will provide users access to about 200 curated stations. The service will also allow users to create custom radio stations based on music in their iTunes library. The service will learn based on your usage and will offer increasingly personalized music playlists. In addition, iTunes Radio will also let users listen to tracks from popular artists ahead of launch and will integrate with Siri. Interestingly, it will also be possible to tag and buy anything you hear which should put it in direct competition with the likes of Soundhound.
iTunes Radio will also be home to special events including live streams direct from the iTunes Festival in London and other exclusive iTunes Sessions. The service will be available for free to all iOS 7 users and will include advertisements. iTunes Match users will be able to access iTunes Radio without any advertisements. The service will launch in the US first when it is available later this year.