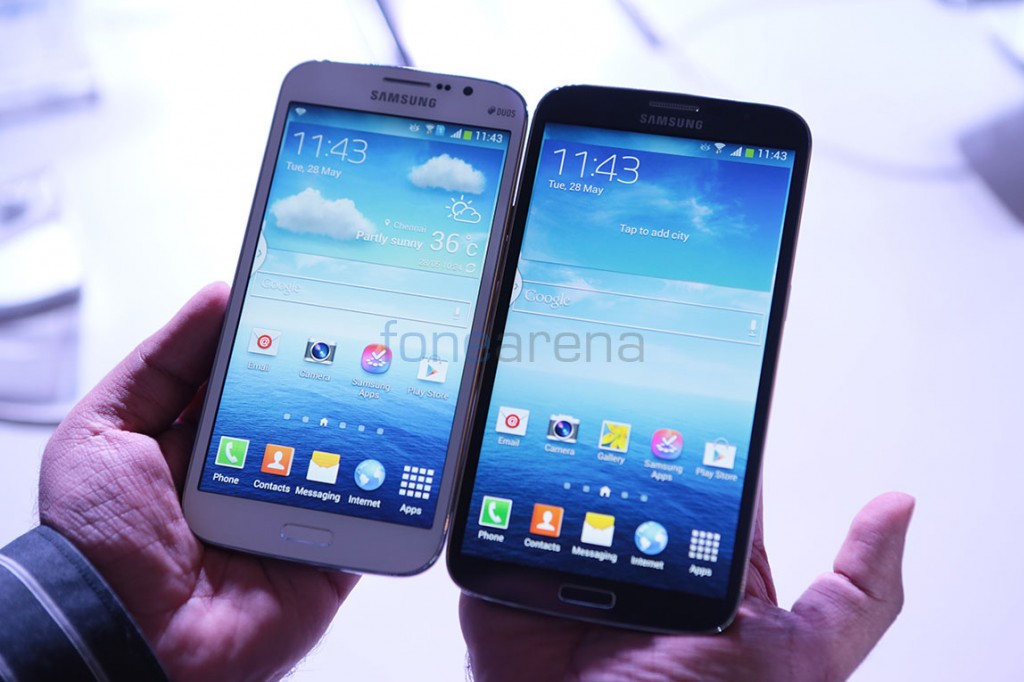 As you can see above in the first picture, both are obviously sporting a similar design, now in line with the design elements of the Galaxy S4 hardware, with a patterned look in the front as well as the back. Talking about the back – 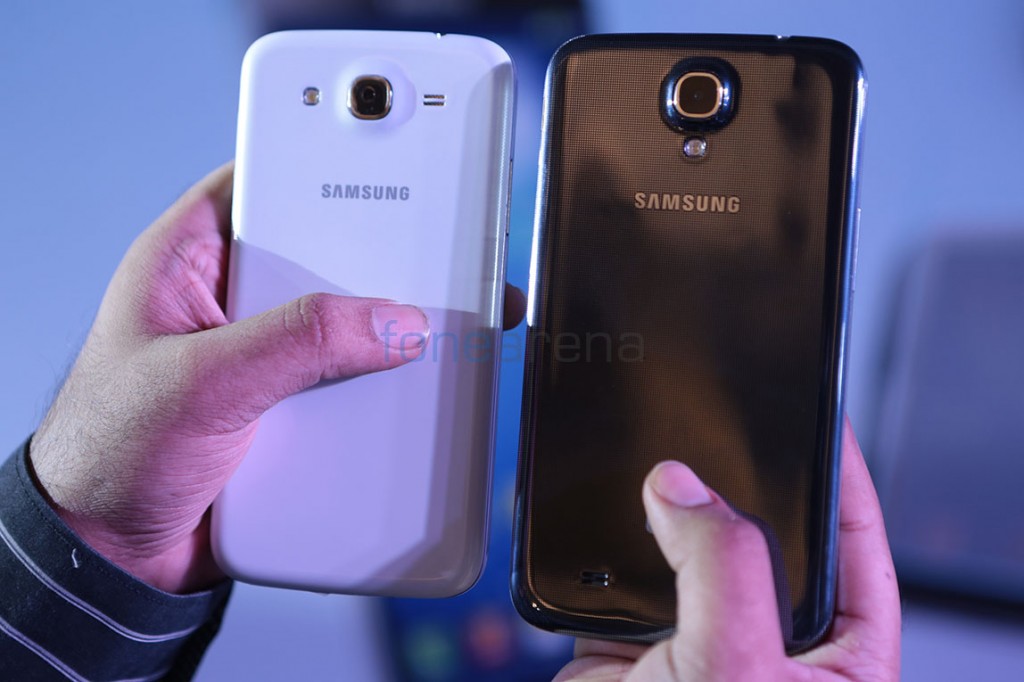 Both are shiny and glossy and have a nice pattern to it. Over at the back both have a 8 MP camera capable of taking 1080p videos, with a single LED flash in tow. The loud speaker positions have changed and beneath the cover, the batteries are different too, with the 5.8 inch version boasting a 2600 mAH battery while the 6.3 inch version sports a massive 3200 mAH battery. The 5.8 inch version launched in India is a dual SIM version, with two micro SIM card slots beneath the battery cover. Both have a micro SD card slot too, with support up to 64 GB capacity. 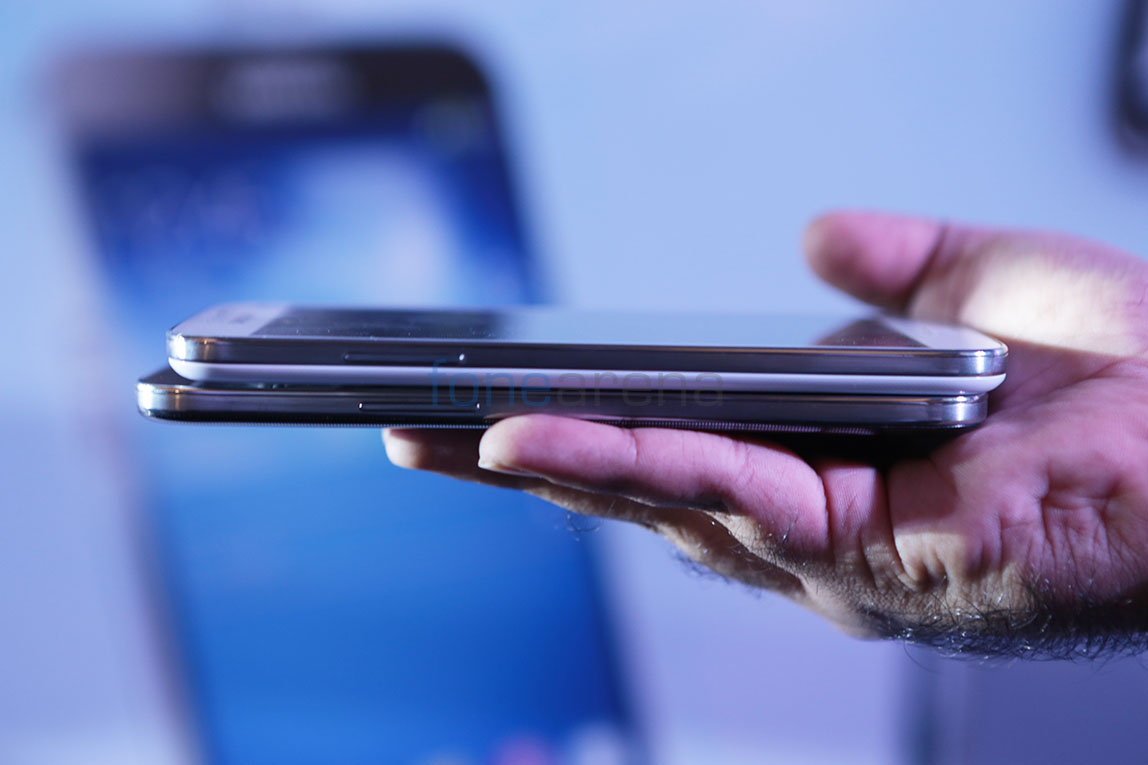 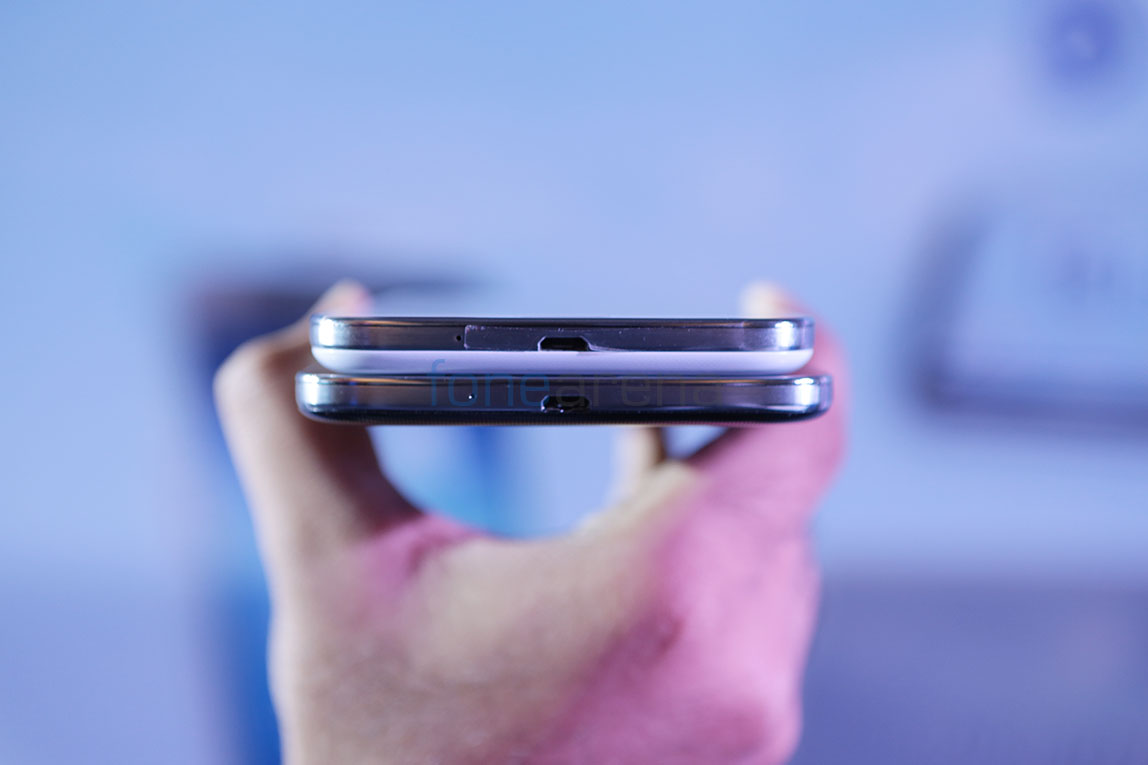 Another interesting addition to the 6.3 Mega that is missing in the 5.8 inch version is the IR LED on the top. Here is a summary of the exact differences between the two –

Here are some more photos of the devices in comparison –