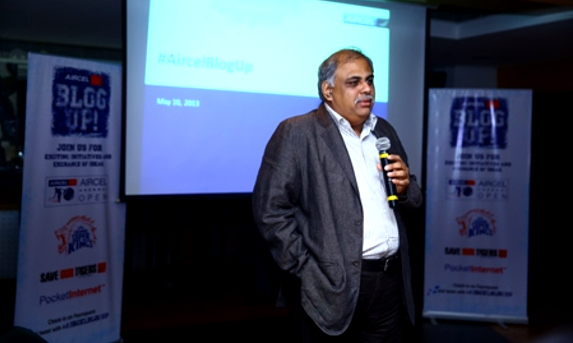 After the successful Aircel Blog Up event in Delhi on March 15th, Aircel conducted the Aircel Blog Up Chennai edition on 10th May 2013. At the event, K. Sankara Narayanan, Regional Head, Regional Business Head, Aircel Chennai & Tamil Nadu said that they are gearing up to start pilot run for 4G LTE services in Chennai by the end of 2013 or early 2014. Aircel has 20 MHz spectrum on 2300 MHz in 8 circles including Andhra Pradesh, Tamil Nadu (including Chennai), West Bengal, Bihar, Odisha, Assam, North-East and Jammu & Kashmir. He also discussed Aircel’s other initiatives and offerings in voice, data and VAS.

Aircel is the official sponsor of the Chennai Super Kings. In recent months the operator has launched several initiatives including contests, offers and more.

Aircel plans to launch many such offers and launch several initiatives in coming month. Hope we can expect Aircel to roll out 4G LTE services by 2014.