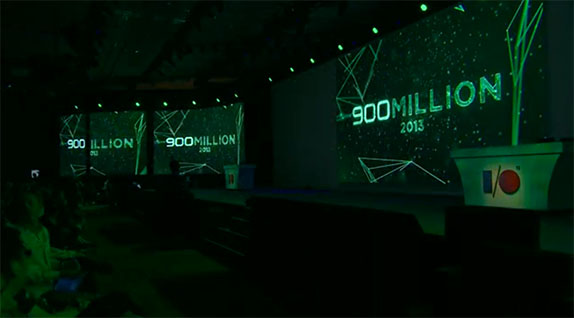 The Google I/O developer conference has just started and the company which has the most popular smartphone platform in the world has just announced that there have been 900 million Android activations till date. This is a huge number, and growth never seems to stop according to Google. Sundar Pichai, the man behind Android, Chrome and Apps at Google announced this number with a nice build up of Android’s history.

Showing a world map, Sundar stressed that there is still tremendous potential, and there is still room for more growth. Asia and African countries are reportedly still only at 10% on Android penetration and Sundar says they are working to bring these 4.5 billion people to the internet, using Android of course. Adding to this, Google also announced that 48 billion app installations have happened from the Google Play store.

You can watch the Google I/O live stream here –