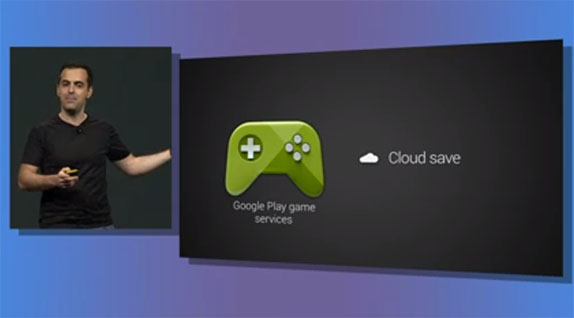 Google just announced the Play gaming services for Android, iOS and web, which is a cross platform gaming service for achievements and multiplayer, like, for example, Xbox live and the iOS game centre. This was rumoured quite a while ago, and this includes various features like cloud saves, Google plus integration for adding friends, leaderboards and achievements. The service is going to be made available for iOS and the web too, taking advantage of Google plus in all the platforms. While the demo on stage failed misreably, the concept of multi-player gaming between three tablets with match making over Google Plus circles is really cool.

The service is supposedly launching soon, with no mention of availability dates yet. Adding more information, according to Polygon –

Greg Hartrell, lead product manager for the Google Play game services, told us that the strategy was both user and developer focused. “It’s user focused in the sense that we’re trying to reach out to the largest number of users,” Hartrell said. “And for developers, they want to maximize the size of the audience and the quality of the audience. Both of those things drove that decision.” They also drove the decision to offer the services outside of the company’s Android ecosystem.