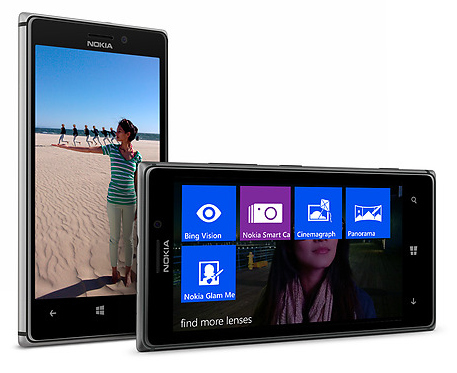 Nokia introduced the Lumia 925 at an event in London just now. At the event Nokia introduced the Smart Camera, a new app that would come pre-loaded on the Lumia 925. Nokia has also announced that the app would also come to select Lumia Windows Phone 8 devices. The Smart Camera lets you shoots a sequence of photos, making it easier to capture great moments, choose your Best Shot or combine the photos into one picture, make a strobe effect to emphasize motion, remove unwanted objects or choose the best faces for great group shots.

The Smart Camera down sizes the 8.7MP image to 5MP image to apply the Smart Camera effects. The Motion Focus feature would be available in the upcoming update. Here the official videos from Nokia’s YouTube channel that explains the features.

Remove Faces – Combine your favourite expressions from a series of shots into a single perfect group photo.

Action Shot – Snap once to get a sequence of movements in a single high-quality image.

Remove Moving Object – Erase unwanted details to get your picture looking just the way you want.