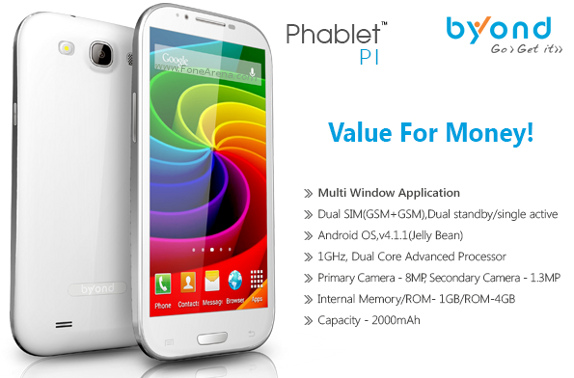 Byond Tech, popular for the Mi-Book series of tablets has launched Phablet I, in the Byond Phablet smartphone series. It has a 5.3-inch qHD (540 x 960 pixels) IPS capacitive touch screen display, powered by a 1GHz dual-core processor and runs on Android 4.1 (Jelly Bean). It comes with a 8MP rear camera wih LED flash and a 1.3MP front-facing camera. It has dual SIM support with dual standby similar to other Byond smartphones. The company launched the Byond PIII with a 6-inch display last year  and the Byond Phablet PII with a 5.7-inch HD display earlier this year. 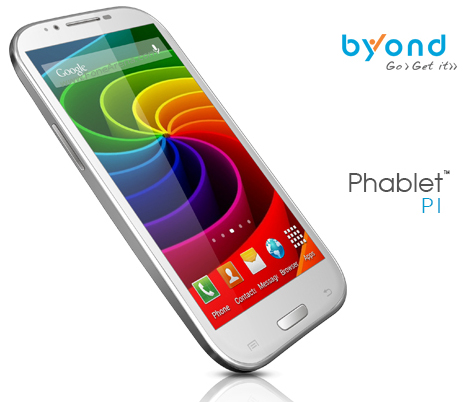 The Byond Phablet PI comes in White and Navy Blue colors and is priced at Rs.10999. It comes with a free Flip Cover and a Screen Guard.