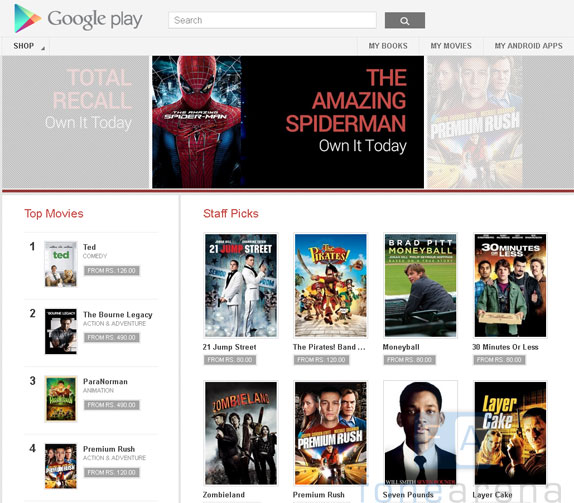 Close on the heels  of the official launch of the Nexus 7 tablet in India, Google is now rolling out Movies on the Google Play store in India. India seems to be letting a lot of love from Google off late. The Book store went live few days back and now we have the Movie store.  Apple did get a head start in India by rolling out the iTunes store late last year.

According to Google’s country wise availability list, Movies are available for rental and purchase on Google Play in the US, UK, Australia, Brazil, Canada, France, Germany, India, Japan, Korea, Mexico, Russia, and Spain.

As you can see below , you can purchase the SD version of The Amazing Spider-Man for Rs.190 and a HD version for Rs.490 . You can rent select movies for Rs.80 and some for Rs.120. Would you rent / buy movies from the Google Play store ? Let us know in the comments. 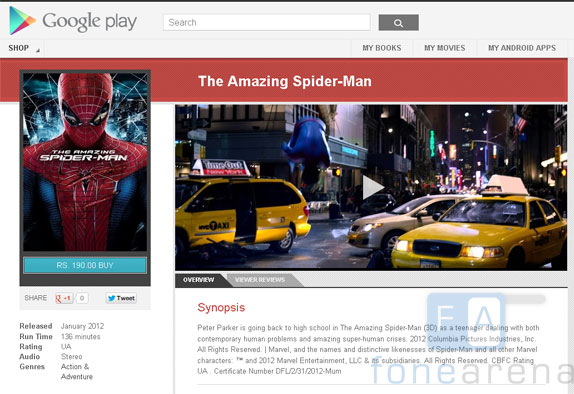 Thanks to Sanchit for the tip !