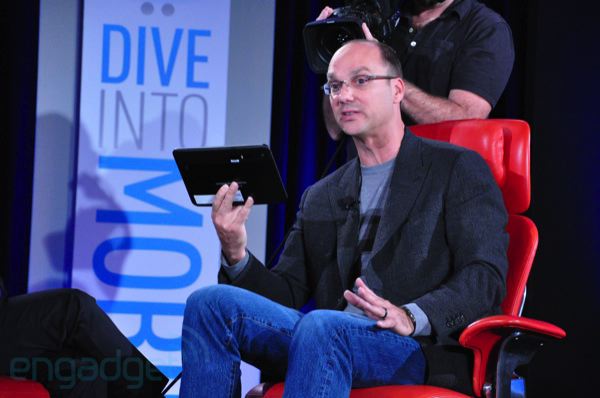 Andy Rubin, the main man behind Android even before it got acquired by Google, has decided to step down from the role as the head of Android to pursue other opportunities inside Google, as the official blog from Larry Page, the CEO of Google details. Andy will be succeeded by Sundar Pichai, who is currently heading the Chrome division, consisting of the browser, OS, apps and more recently the Chromebook Pixel. Does this mean Android and Chrome might finally merge one fine day?

Larry Page, in the Google Official blog notes on the leadership change –

Fast forward to today. The pace of innovation has never been greater, and Android is the most used mobile operating system in the world: we have a global partnership of over 60 manufacturers; more than 750 million devices have been activated globally; and 25 billion apps have now been downloaded from Google Play. Pretty extraordinary progress for a decade’s work. Having exceeded even the crazy ambitious goals we dreamed of for Android—and with a really strong leadership team in place—Andy’s decided it’s time to hand over the reins and start a new chapter at Google. Andy, more moonshots please!

Going forward, Sundar Pichai will lead Android, in addition to his existing work with Chrome and Apps. Sundar has a talent for creating products that are technically excellent yet easy to use—and he loves a big bet. Take Chrome, for example. In 2008, people asked whether the world really needed another browser. Today Chrome has hundreds of millions of happy users and is growing fast thanks to its speed, simplicity and security. So while Andy’s a really hard act to follow, I know Sundar will do a tremendous job doubling down on Android as we work to push the ecosystem forward.

So, as you can see above, Andy Rubin is going no where, he is just moving to a new role inside Google. In this surprising move, we are left wondering what’s next for Google, as in, the plans that will take forward Google’s vision. As of now, the visions are quite contradictory. Chrome OS is completely based on web standards, and the apps are mostly bookmarks to the websites on the internet, while Android is the mobile juggernaut that can do a lot of offline stuff as well as scale up to a bigger screen acting as your own computer.

While Google has not really pushed Android as a large screen OS, it certainly does have the prowess to act as one, and that contradicts the existence of the Chrome OS. So, in the end, either Chrome OS should merge with Android, with all its browser based apps, or vice versa, creating a harmony at least within the company. We personally think this might be the reason for the leadership change. We will find out soon, because IO is just around the corner and the way Google works, we can expect some announcements there, let see.