LG showed off its new F7 handset here at the Mobile World Congress. The handset is a part of their upper middle range strategy and has a large 4.7″ 720p display. 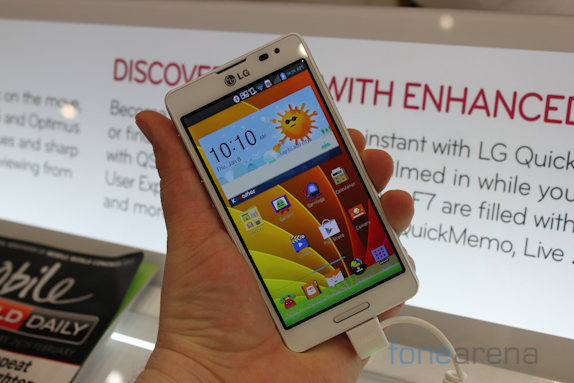 The screen is of the IPS variety and offers pretty good viewing angles. We quite liked the feel of the device with runs on Android 4.1.2 though it would benefit from the use of slightly higher end materials. 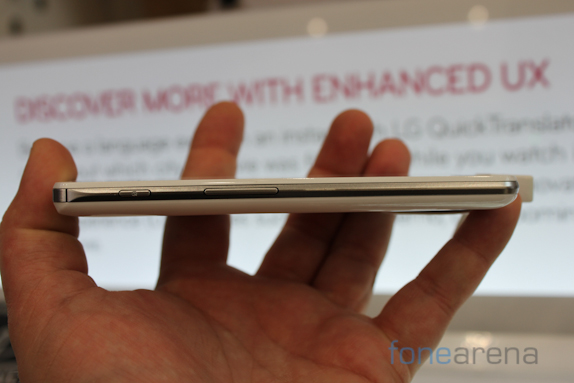 The LG Optimus F7 has a svelte 9.6mm thin profile with a brushed metal like band running around the sides of the handset. 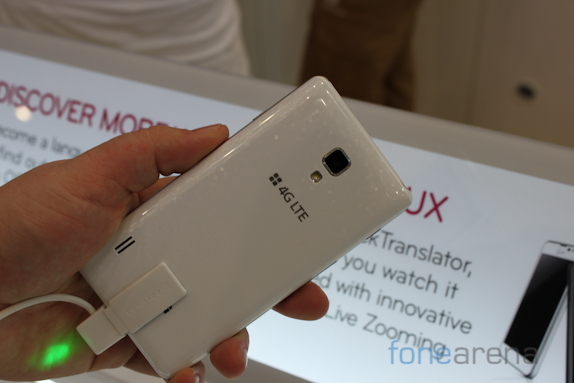 The back of the smartphone has a 8MP AutoFocus camera capable of video recording in Full HD resolution. The front facing camera has a resolution of 1.3MP which is just about sufficient for video conferencing. 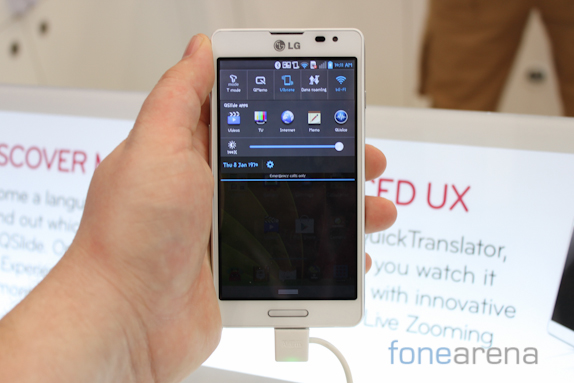 The phone is powered by a 1.5Ghz dual core processor with 2GB of RAM to aid multitasking. There’s also 32GB of inbuilt storage which can be further bumped up via the microSD card slot. Additionally users will find a 2540 mAh battery in the phone which should prove sufficient for over a day of usage. 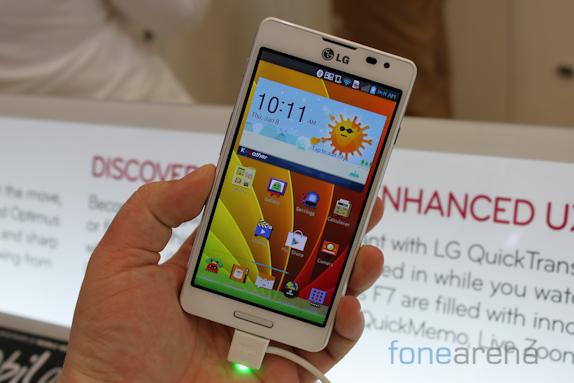 We were quite impressed by the LG Optimus F7 in our brief time with the handset. The phone will start rolling out in Europe in Q2 2013 and would be available in both Black and White colors.