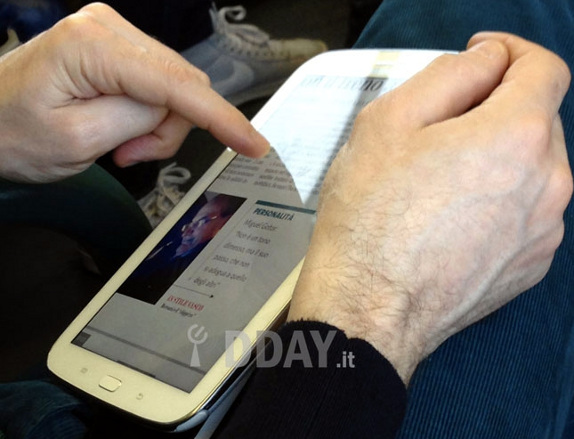 dday.it, an Italian site has managed to get their hands on the Samsung Galaxy Note 8.0 ahead of the MWC. First specifications of the Note 8.0 (GT-N5100) surfaced last week, and the Samsung CEO confirmed the Galaxy Note 8.0 for MWC 2013, earlier this week. The device in these grainy hands on images resembles the image that surfaced couple of days back, but this has a hardware home button, capacitive touch buttons for menu and back on either sides, similar to the Galaxy S3. Even this has a ear piece at the top, but the Samsung logo is present blow the ear piece instead of bottom. It would also have S Pen support according to previous rumors. 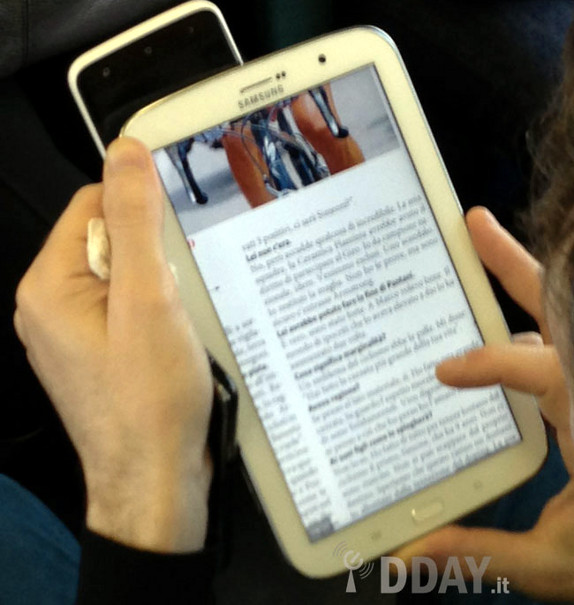 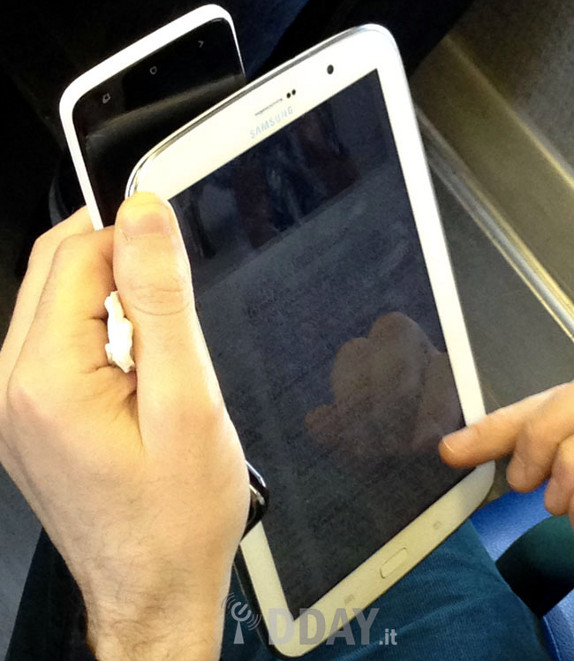 The site also says that the tablet would have a 4:3 screen similar to the iPad, instead of 16:9 present in the previous Galaxy Tablets. Hope we will get more details soon since the MWC is just a month away.