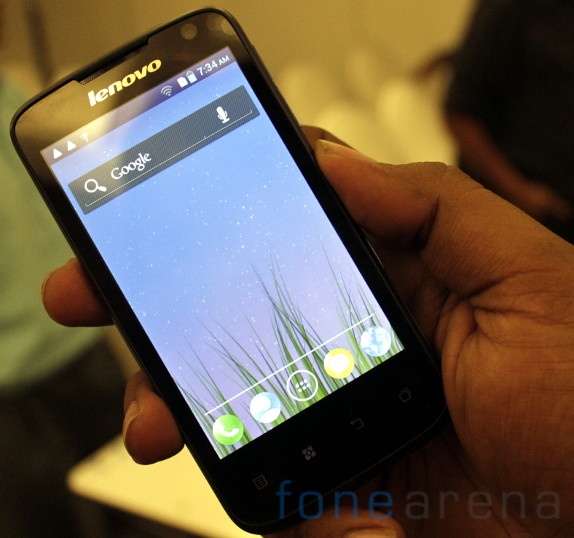 Right after we went hands on with the Lenovo K860 at the Chennai Lenovo event, we also got to go hands on with the S560. The S560 is a music-centric device that comes with Dolby Digital Plus support. Priced to compete in the mid range spectrum, the device is set to appeal mainly to the youth. Onto the device then.

The Lenovo S560 has a 4-inch QVGA (800 x 480 pixels) IPS capacitive touch screen display. The display was mediocre and there is nothing special about it. One the inside, it is powered by a 1 GHz MediaTek MTK 6577 dual-core processor and comes with Dual SIM (GSM + GSM) support with Dual Standby. We weren’t able to test the dual SIM functionality, but it should probably work as advertised. Also, we didn’t have enough time to test the performance of this device, look out for the review when we get our hands on it again.

The device was easy to hold thanks to the soft rubber like plastic grip on the sides. Being a music centered phone, the phone has some weird design choices, like the back, which is completely covered in glossy plastic. It could have been similar to the grippy textured backs on the other phones but they decided to go full glossy here. Also, a chrome strip is sandwiched between two slabs of black plastic, while the black plastic is okay, the chrome strip is of poor quality, looks too cheap. 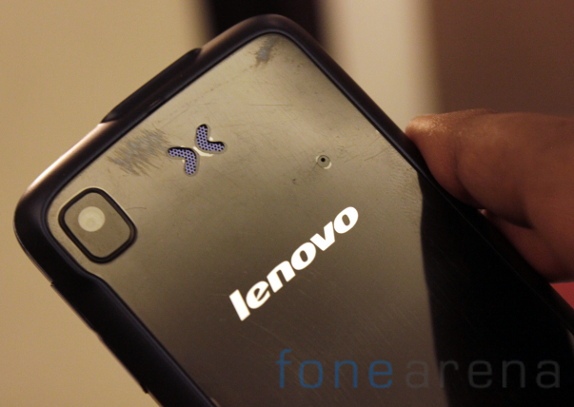 The butterfly like opening is for the speakers, which we tried to test out, but failed hard due to lack of music pre-loaded on this phone. It also has a 5MP auto focus camera at the back and the small hole above the brand logo would be the microphone. 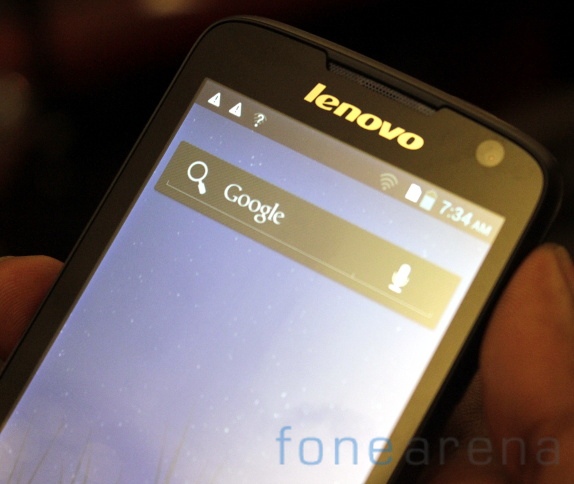 On the front, there is a 0.3 MP front-facing camera, and the usual stuff like the proximity and ambient light sensors at the top. 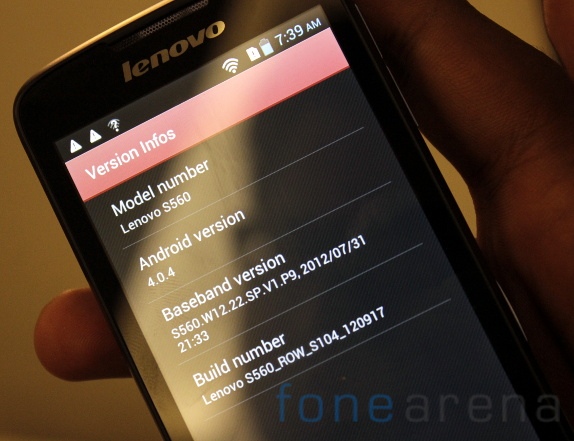 And of course it runs on Android 4.0 (Ice Cream Sandwich) with Lenovo’s custom skin on top. And coming to the launcher again, this skin seemed slightly different from the one on K860, as we said earlier, inconsistent. 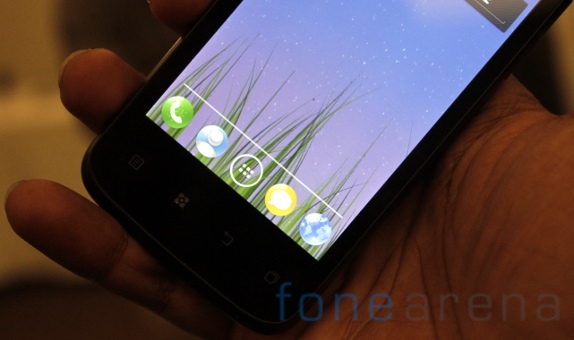 There are capacitive touch buttons below the display, and their functions would be options, home, back and the multitasking switcher. 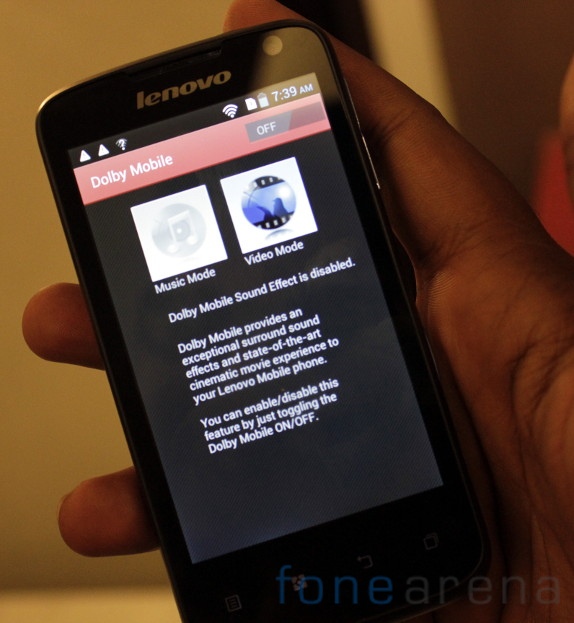 Since this is a music-centric device, Lenovo has added Dolby Digital Plus sound options that are supposed to provide better audio for music and videos. The above image show the options where you can configure it, from the settings menu. 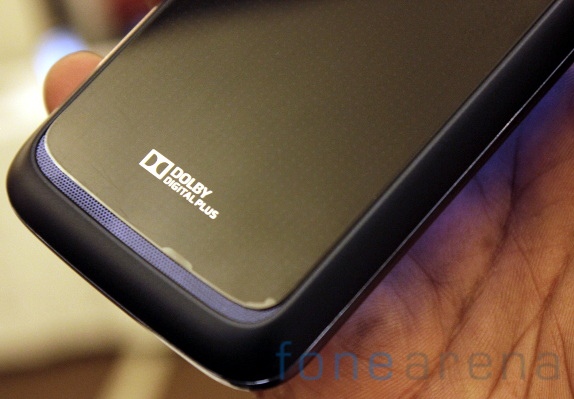 There is also a Dolby Digital Plus logo at the back, and below would be the secondary speaker that compliments the butterfly shaped one above. The grill looked better in person. On the side there is a SmartMusic button that launchers the Music player.

Lenovo know one thing for certain, they needed bigger batteries for their Android phones to last a day of heavy use, and since most of their transitional buyers might be the business crowd they have gone all in on the battery, which is good. 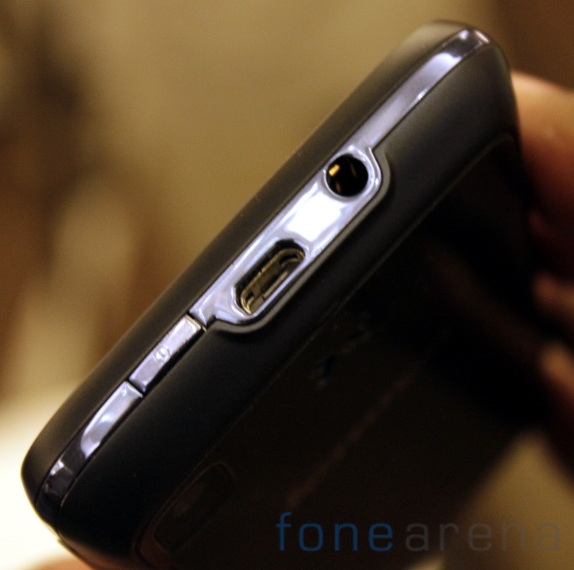 And lastly on top, there is a power button, a micro USB slot and 3.5mm audio jack at the top. It also has FM Radio with built-in Antenna.

The Lenovo S560 comes in Black and White colors and is priced at Rs. 14,499/-. Check out some other photos of the device below, while we bring you the hands on of the other phones –