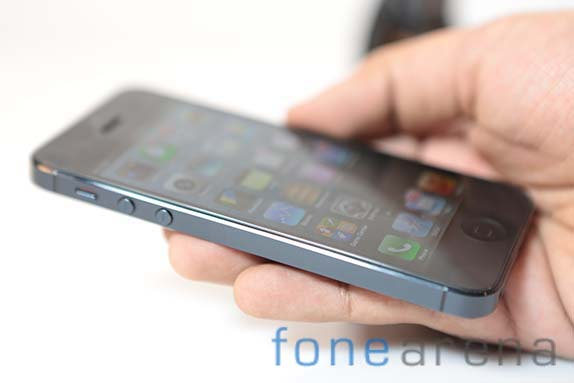 The Apple iPhone 5 which is the latest and greatest iPhone ever made by the Cupertino based company is here.The iPhone 5 sports an all new design which reminds us of the first iPhone which had a metallic back. The iPhone 5 also features a lot of new components on the inside. Does the iPhone 5 live up to it’s expectations ? Find out in the FoneArena review below

We had already unboxed the iPhone 5 last month for you guys and here is the video again in case you want to get an idea of what comes in the retail box. 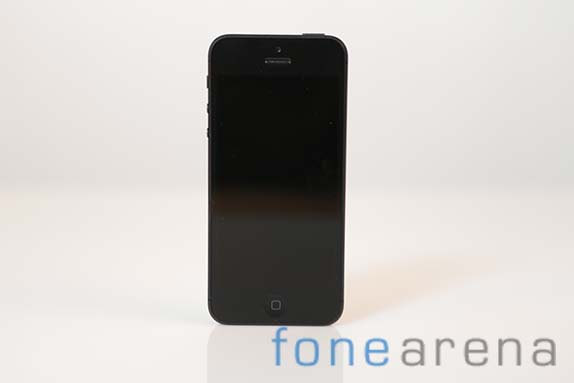 The iPhone 5 packs an all new design including a taller screen and metallic back. The phone is available in two colours – Black (Black and Slate) and White (White and Silver).The first thing you would notice once you pick up the iPhone 5 in the hand is how light the phone is compared to the previous iPhones.It weighs just 112 grams.

The taller screen actually felt slightly uncomfortable to get used to initially but after a couple of days one would get used to it.The display has a resolution of 1136×640 pixels with a pixel density of  326 ppi

On the back , the all glass back panel of the iPhone 4S has been replaced with a combination of metal and glass. Majority of the back is in metal but the top and bottom are still made of glass. 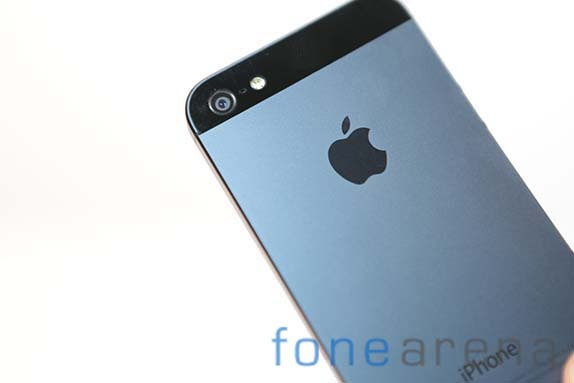 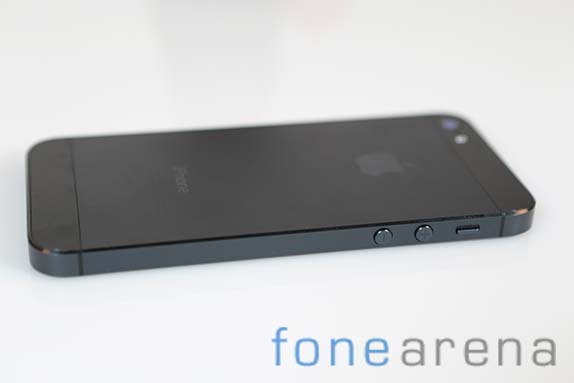 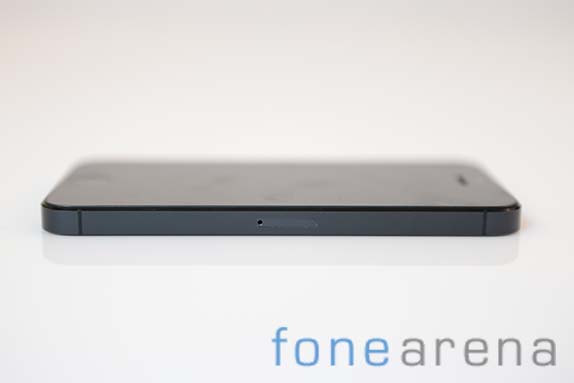 The 3.5mm audio jack has been moved to the bottom.The 30 pin dock connector has been replaced with a smaller lightning port. 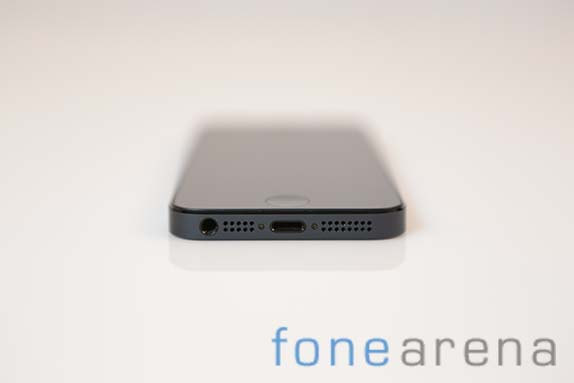 After sticking with the 30-pin dock connector for over 6 years Apple has finally found an smaller , elegant alternative and has decided to call it Lightning. Sadly it still works only at USB 2.0 speeds.The good thing about the lightning cable is that you can plug it into the phone in both ways(right way up or upside down)

The iPhone 5 , new iPod touch and iPod nano all use the new lightning connector. It is also fair to speculate that new iPad will also carry the same connector.The bottom still retains the speaker and the microphone.

The top now just houses the power / lock switch. It is interesting how the 3.5 mm audio jack has now been moved to the bottom. 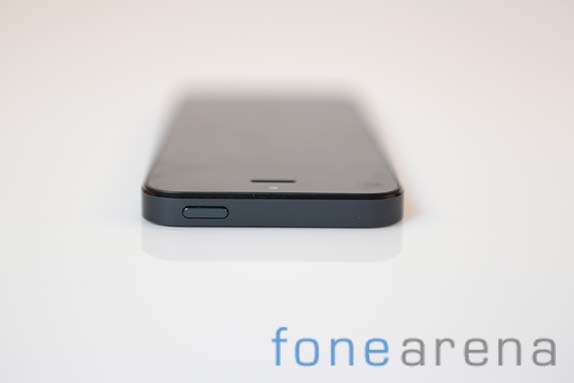 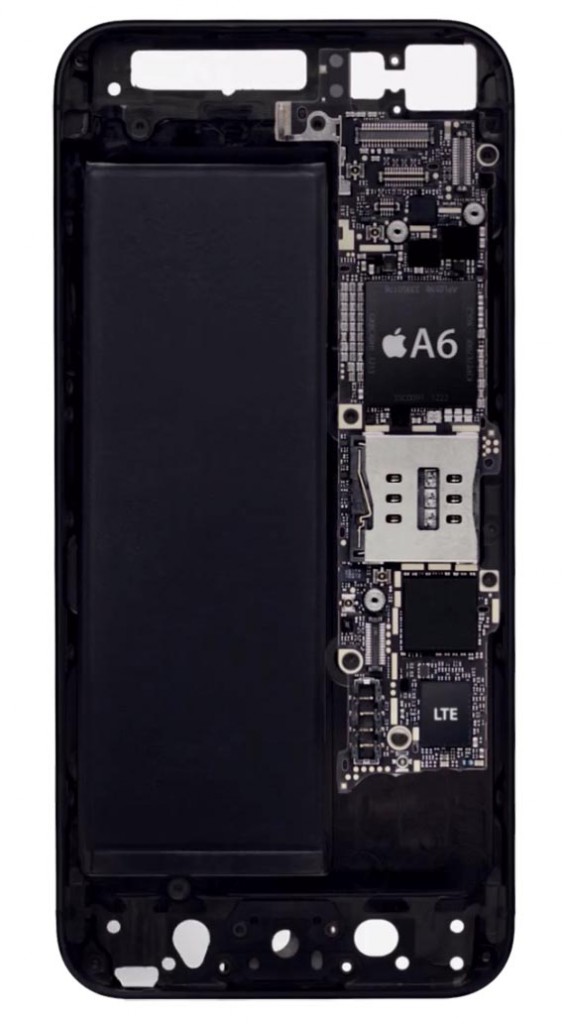 The iPhone 5 uses Apple’s own custom A6 CPU and packs 1GB of RAM. The company claims a performance improvement of nearly 2 times over the iPhone 4S. 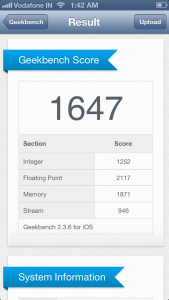 The device clocks 930 ms in Sunspider which is the best score for any mobile device in the market. 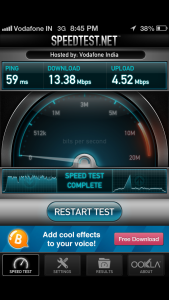 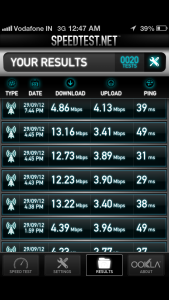 The iPhone 5 is the first iPhone to pack 4G LTE connectivity. Although LTE boasts of impressive speeds running unto 100Mbps , unless you live in a part of the world which has a commercial LTE deployment, you are not going to be using it. You might have to stick with slightly slower HSPA networks which offer up to 40Mbps in Dual Carrier configuration. To our surprise , the iPhone 5 could achieve really impressive speeds on the Vodafone 3G/HSPA network clocking up to 13Mbps download speeds and 5 Mbps upload speeds.

The call quality and reception on this device are exceptional thanks to the new antenna design.

The Safari browser does a nice job of rendering the content. iOS 6 brings support for full screen mode in Safari and we love it. It is even more fun on the iPhone 5 with the wide screen. You can now share links on facebook or twitter from within the browser. If you are tied into the Apple ecosystem , you will surely appreciate iCloud tab syncing in Safari , you can see all tabs open across your iDevices and macs.

And if you need Chrome , it is just a click away on the AppStore 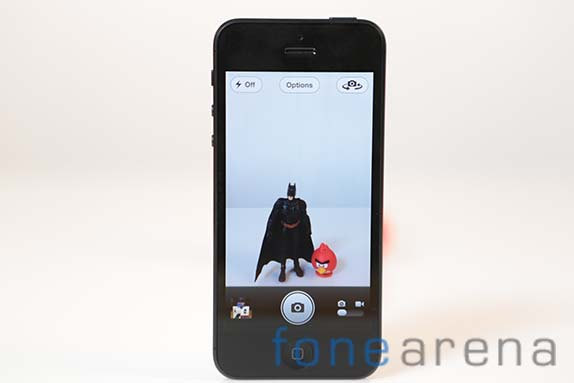 The phone packs a 8 Megapixel sensor along with a LED flash.

Here are some images shot with the iPhone 5 camera. It does produce great results in day light and well lit conditions but does suffer from noise in low light. 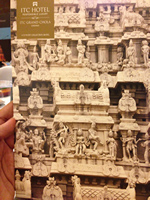 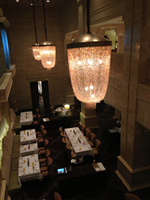 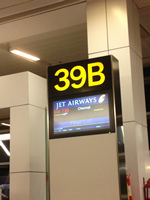 Here is a video shot with the iPhone 5, pretty good quality. But hard to say if there is a huge difference compared to the iPhone 4S

Video does offer stabilization which does help users with shaky hands.

Video support is still limited to .m4v, .mp4, and .mov but you can play .avi files using some 3rd party players from the AppStore. The taller screen does come in handy in the landscape mode for watching videos.

The audio player has some UI changes which are mainly part of iOS 6 and not specific to the iPhone 5.Apart from that is is the usual iPod experience . The earpods which come in the box do sound different compared to the regular Apple earphones which the company has been living with for a long time now. 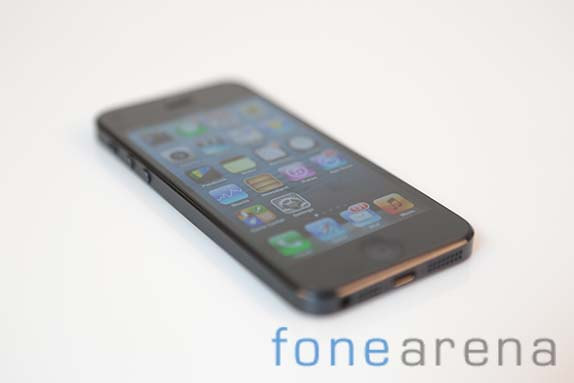 The iPhone 5 is one of the first devices from Apple to ship with iOS6 out of the box. 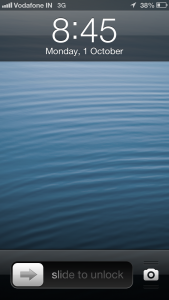 iOS 6 does pack some new features including Twitter and Facebook integration into the OS. You can now tweet and post on your Facebook wall right from the notification area.The lock screen is pretty much the same but you can launch the camera much faster from the icon on the lock screen. 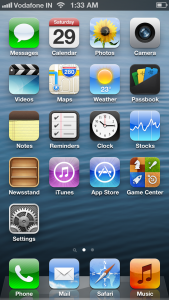 Nokia Maps also has a HTML5 version and an app which works pretty nicely on the iPhone 5. Apple seem to have gotten off to a rough start with it’s own mapping initiative that Apple CEO Tim Cook has publicly apologized to customers about the issue and has advised consumers to use competitors products till Apple resolves the matter.

Check out our take on the Nokia HERE Maps app for the iPhone 5.

While iOS runs smooth as butter on the latest hardware , the interface has gotten too familiar and in fact underwhelming compared to Android. But still iOS 6 is a welcome change over iOS 5. Everything feels faster and snappier and the twitter and facebook integration is something we have been waiting for. Siri is still fun to use but sadly most of the features are not available worldwide and restricted to certain markets. The same goes for Passbook which is a nice way of managing boarding passes , coupons etc.

There are tens of thousands of apps available on the app store and the Apple App Store continues to be the best amongst all the mobile app stores in terms of choice and quality.Due to the taller screen on the iPhone 5 not all apps are optimized to make use of the additional pixels and you will see letter-boxing in the unoptimized apps .

The device has a not so big 1440 mAh battery approximately and yet delivers pretty decent battery life.The difference is noticeable compared to previous iPhones.The most interesting part about the battery is how quickly it charges from even a completely discharged state.Thankfully the toggle to turn off 3G is still present. The device will last an entire work day for most users and for light users even 2 days. 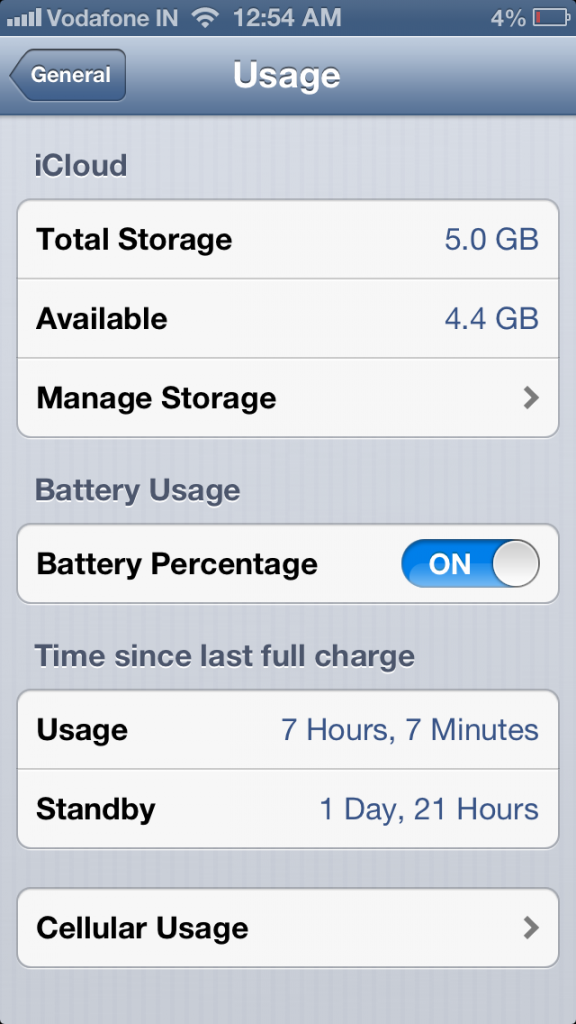 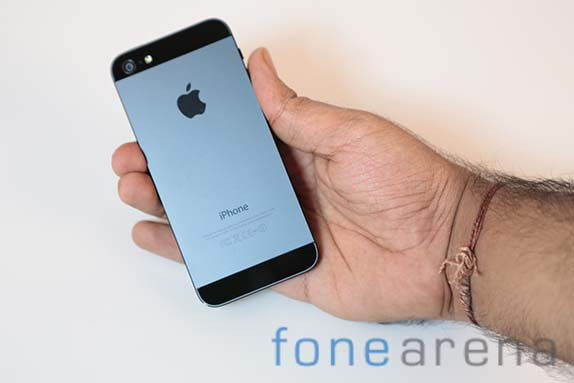 The iPhone 5 is a great piece of hardware accompanied by an operating system which has started to show it’s age. Apple makes it easy for consumers by launching just one new phone per year while the competition launches hundreds of devices every year.If you are using an iPhone 4S , you could give the iPhone 5 a pass but if you are using an iPhone 4 or any previous generation iPhone the iPhone 5 is a must have upgrade.Then again if you are one of those who love to get your hands on the best phones first , go ahead and get the iPhone 5. Good luck finding one. They are in great demand !

The iPhone 5 is available in India for Rs.45500 for the 16GB version. You could also get the unlocked version from Apple if you have someone in the US.