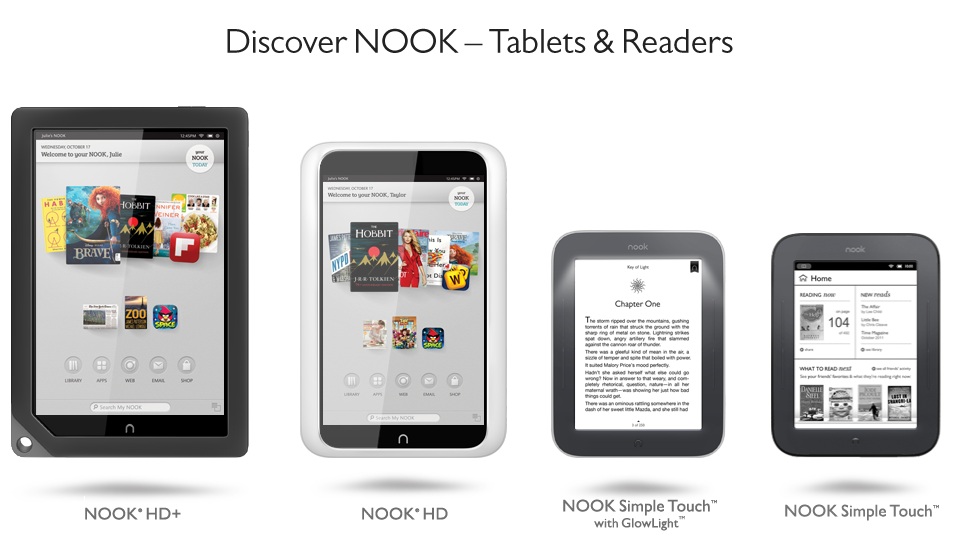 Barnes and Nobles was recently in the lime light for making a partnership deal with Microsoft with respect to the “Nook” category of devices the book giant produces. We were wary of what the outcome might be, but in an obvious move, they are trying to battle their competitors again, with the announcement of the new Nooks, name the Nook HD and the Nook HD+. Clearly, these new Nooks are the answers to the latest Kindle Fires from Amazon, their arch rivals in the e-reader world.

B&N are billing the 7 inch Nook HD as the world’s lightest tablet with the highest resolution display at that size and calling the Nook HD+ display, a rival to the industry’s leading tablet display. Lots of jabs at Apple with respect to the display resolution etc, and even at Amazon, by stating in the press release that there will be no ads on their device. Looks like they are serious. Lets see what the devices offer 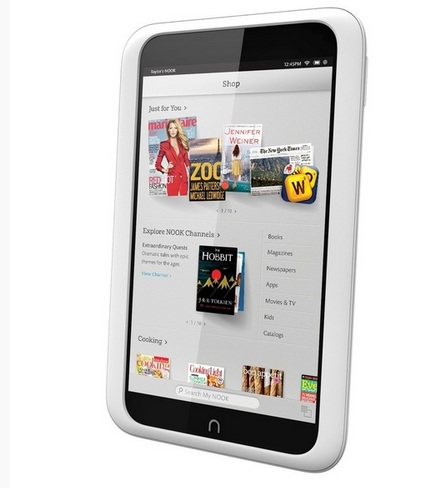 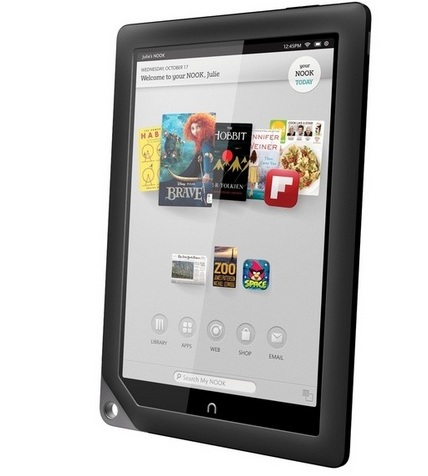 Coming to the software and services side, their forked Android OS looks a lot like the Kindle Fire UI now, with a similar carousel, and even the features have been souped up, a lot. It basically runs Android ICS underneath but looks nothing like it. The apps are all Android apps, but curated by Barnes and Noble. Interesting to see that they have added user profiles on Nook, which makes it a lot easier for multi person usage, like for example, an account for all your family members. Apart from that, there is a new web browser, with it, a new articleview(Sounds like readability mode, magazine mode etc) and a new email client that supports the Mail for Exchange service.

From the services point of view, B&N have finally come up with the Nook Video service, the place where you can buy, rent videos from major studios, television channels, etc. And the HDMI compatibilty(with some special extra docks) makes sure that you can enjoy the service on your TVs too. And complying to the needs of the web 2.0 consumer, all the Nook apps are in sync with their cloud service. They also have expanded their collection of e-books to more than 3 million, and the Nook NEWSSTAND now have the top best selling 100 magazines for subscription. Not to miss the Newspaper subscriptions too.

Pre orders are starting soon in the US as well as the UK, will availability starting early November. From the looks of it, B&N has worthy competitors to the Amazon Kindle Fires. But the question is, which ecosystem would you choose?