Popular iOS and Mac email app, Sparrow was acquired by Google today. Sparrow CEO Dom Leca announced via the company blog that they will be joining Google to accomplish a ‘bigger vision’. 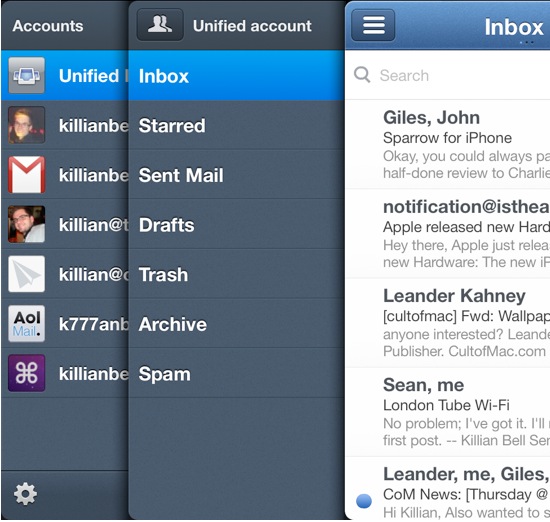 An email sent later to users confirmed that any future releases of the app will mainly focus on bug fixes as the company no longer plans to release new features for the email app. We hope that Google releases Sparrow as an official Gmail app into the app store instead of the surprisingly bad version of Gmail currently available. The application will be available on the iOS and Mac app store for the forceable future but you might want to get hold of a copy sooner rather than later in case Google changes its mind.