RIM has been in the limelight due to their struggle to get compelling products out of the door in the recent years. While they lack anything particularly interesting in the high end segment , the Curve series of devices have been doing exceptionally well in developing markets like India and South East Asia. 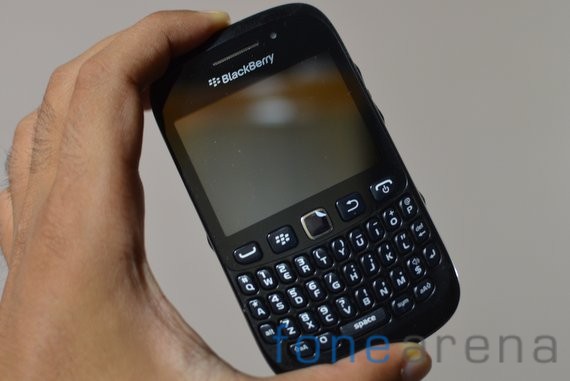 The legendary Curve 8520 which still sells well in India has been long due for an update. Right on cue comes the Curve 9220. Faster , better built and bringing in a bunch of new features , the 9220 improves on the formula instead of being a huge departure from the mantra which made the 8520 a success.

Here’s a quick unboxing of the BlackBerry Curve 9220 to get a better look at the in-box contents.

The Curve 9220 follows the same layout as its predecessor ie the 8520. A 2.44″ QVGA display is placed above a row of shortcut keys and the optical trackpad.   A three row QWERTY keyboard can be found with an additional row of shortcut keys below it. The phone reeks of plastic even though the quality has improved quite a bit over its predecessor. The phone feels solid in use but we would recommend treating it a bit gently keeping in mind the all plastic build of the device. 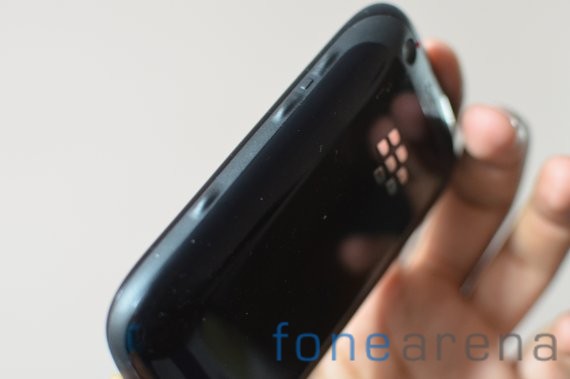 The right side of the phone includes dedicated volume keys and a camera key as well. The camera key launches the camera interface but will unfortunately do so ONLY when the phone has been unlocked. We would have highly appreciated it if the camera could be launched straight from the locked state as well. 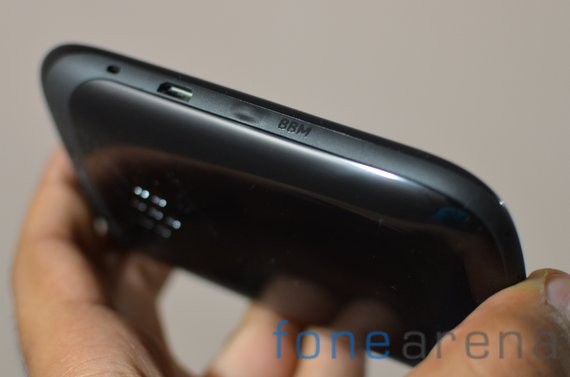 The left of the phone includes a microUSB slot and more interestingly a dedicated BBM key. The key launches BlackBerry Messenger directly but like the camera key , can be used only after unlocking the device. This reduces the functionality of a dedicated hot key a bit in our opinion. This quick launch key can be configured to launch any other app from the settings menu. The sides of the phone alongside the camera unit are encased in a rubberized material which helps to increase the grip on the device which is otherwise poor due to the extremely slick back cover. 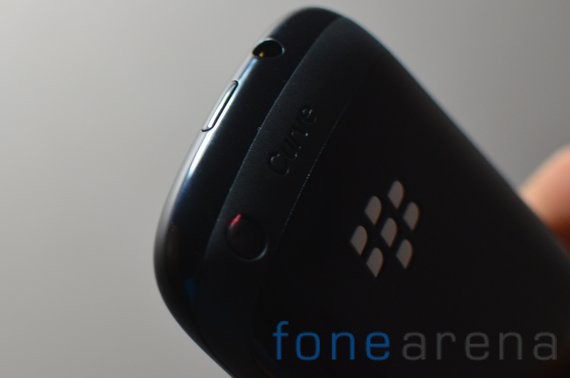 Something which the 8520 users will definitely miss on upgrading to the 9220 are the quick access media keys. The top of the phone now only includes a single power / lock key and a 3.5mm audio jack. The BlackBerry Curve 9220 is the first BlackBerry device to come with integrated FM Radio. As expected , the earphones will double up as an antenna for the radio. 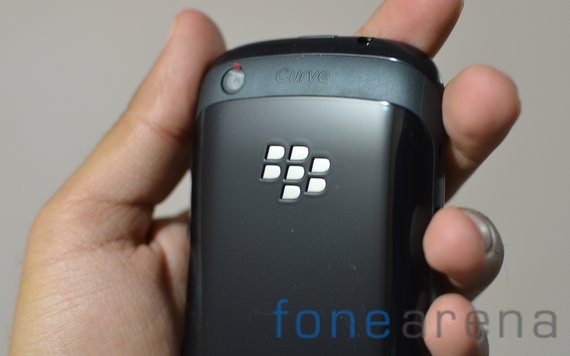 The back cover of the phone is made of very flimsy plastic which very easily flexes over. Swapping a SIM card or memory card involves removal of the battery cover and given how easily the plastic back flexes , we would refrain from opening it too many times ! There is no latch here and the battery cover has to be pried off. 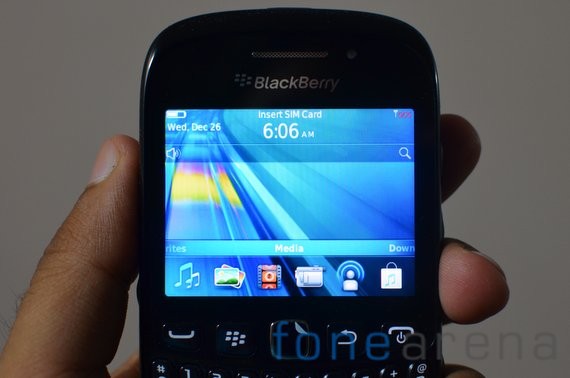 The screen on the 9220 is a QVGA 2.44″ unit. The resolution is nothing to write home about but is passable on a screen this small in size. The screen is nice and bright. Outdoor usability is just about average though. The high gloss finish of the plastic makes it hard to view outdoors. Overall the 9220 is a fairly handsome device albeit one which is one of the most fingerprint prone handsets we’ve come across so far. The screen is adequate for the class and does the job. Internally the device runs on a 800Mhz processor and is coupled with 512MB of RAM which work together to keep things running speedy across the board.

The Curve 9220 is the first device to run on OS 7.1. The OS adds a few more functions to the tried and tested OS 7. BlackBerry Tag which makes use of NFC to invite friends to BBM , exchange contacts , share apps is also a part of OS 7.1 however it can’t really be used on the Curve 9220 due to lack of hardware support for NFC. 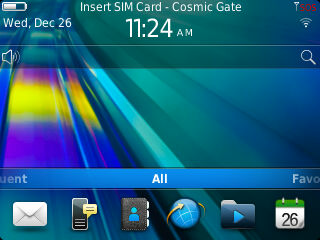 FM Radio is now touted as a major feature of OS 7.1 and is definitely welcome in developing markets where streaming radio is still not too popular. 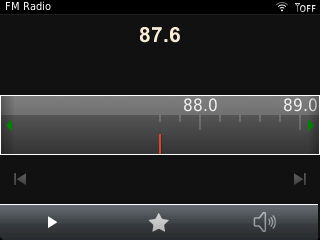 FM Radio works as expected and has a minimalist UI. It is possible to save favorites. 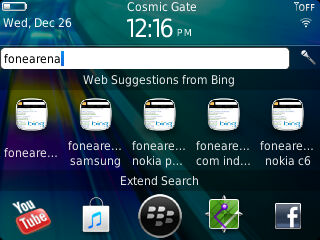 OS 7.1 also adds Auto Suggest as a feature into the universal search. The OS automatically looks up relevant search results from the internet and opens them up in Bing on selection. 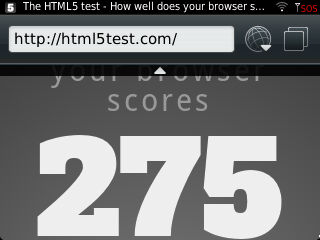 The browser has seen a bit of tweaking over the version on OS7. HTML5 compliant , the screen resolution is going to be the real deterrent if you try to do any serious browsing ! 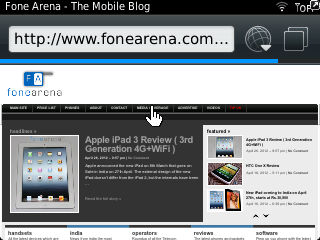 As you can clearly see , you will need to do a LOT of zooming and moving around to be able to do any kind of browsing on this screen. 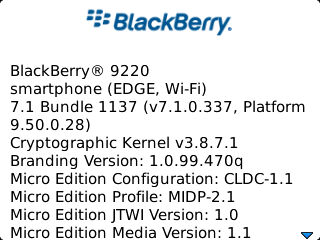 The camera on the BlackBerry Curve 9220 remains a 2MP unit without auto focus. RIM points out that EDoF is good enough for users as it offers instant capture capabilities. We disagree  as lack of AF capabilities effectively means that it is impossible to take close up shots which comes in handy when trying to take quick shots of notes , etc. Overall in our usage the camera was perhaps one of the weakest elements of the Curve 9220. Poor image quality even in bright sunlight , this gets further amplified under indoor and low light conditions. These sample shots should give you a fair idea of what to expect. 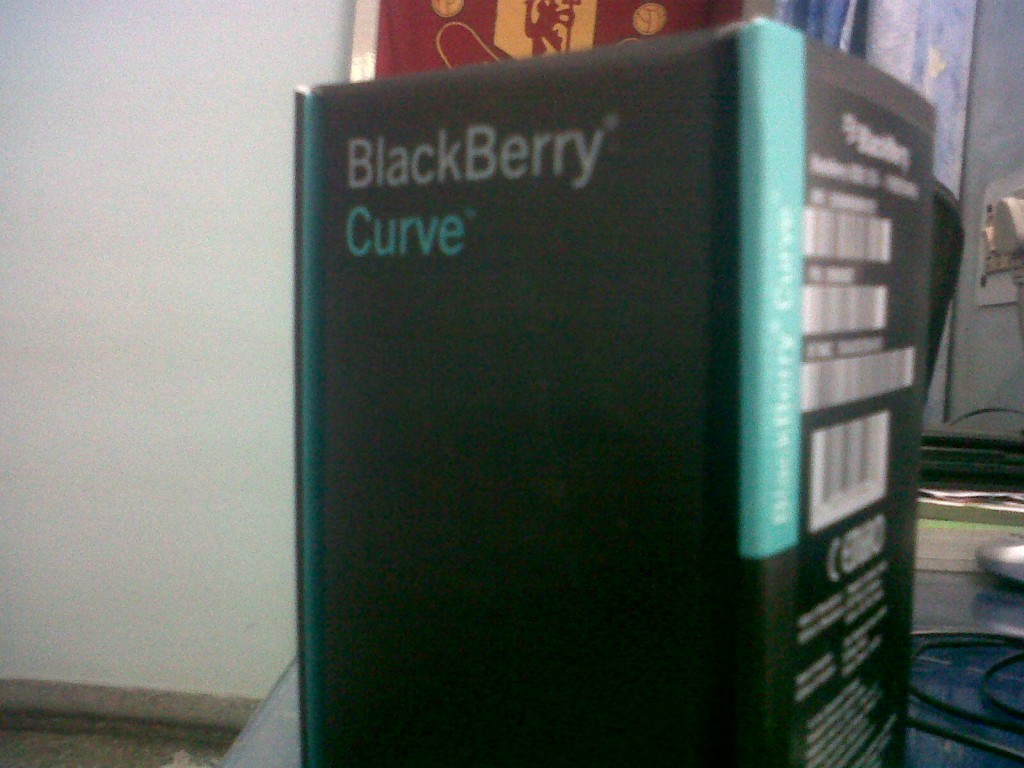 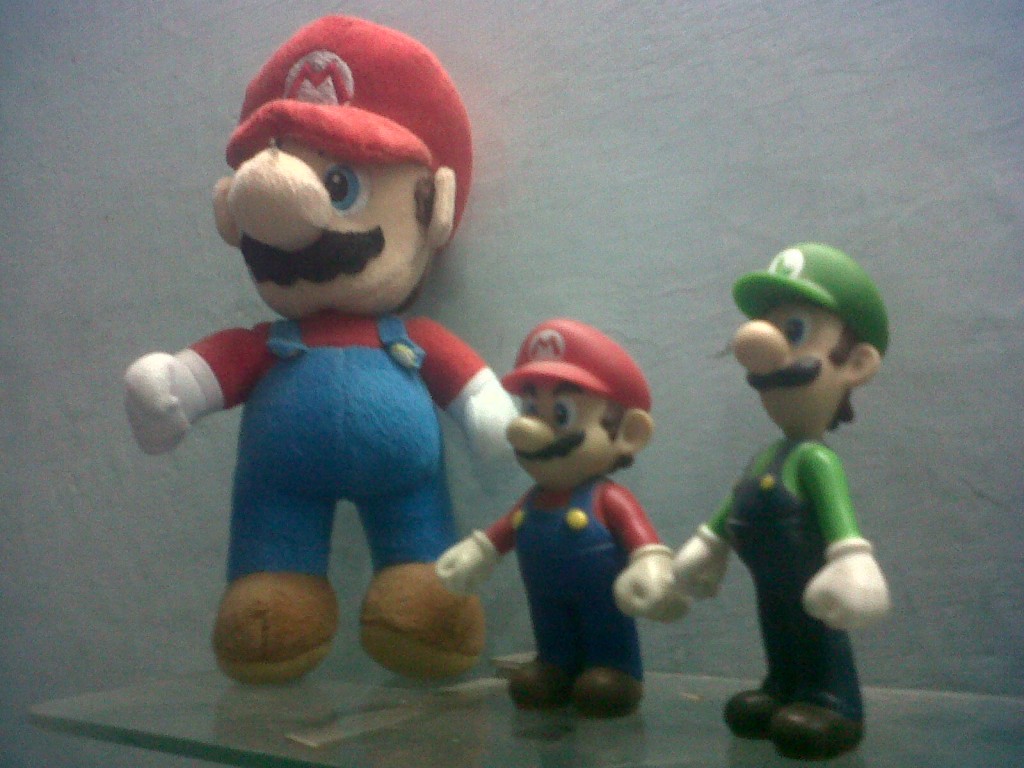 The battery life on the Curve is a 1450 mAh unit which is exceptionally large for a device with modest specifications like the Curve 9220. 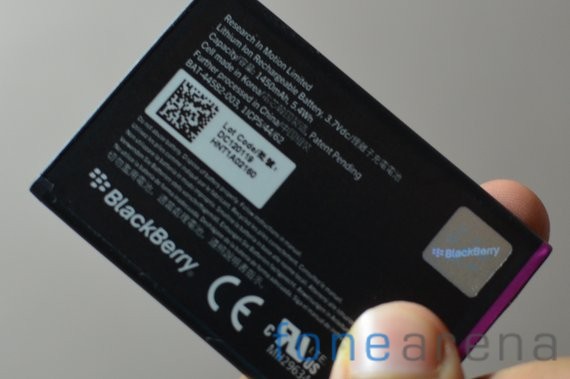 In our usage we were consistently able to get almost 2 days of heavy usage. This figure can however vary quite a bit if multimedia apps are your core usage. The phone is rated for 7 hours of talktime and 28 hours of music playback. A full day of heavy usage is a safe bet for any user.

Overall the BlackBerry Curve 9220 retains the best of the venerable 8520 while improving on a few areas. The hardware definitely feels better and OS 7.1 is speedy all around. The presence of WiFi and FM Radio too is certainly appreciated. 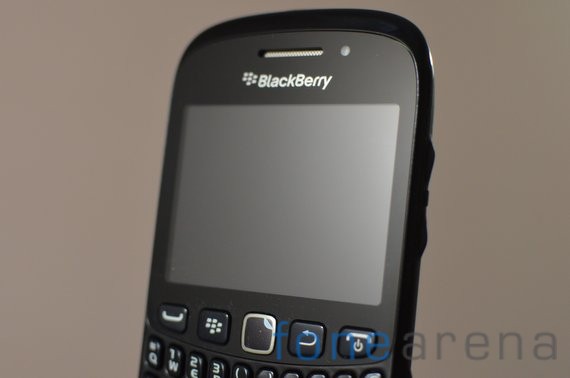 The disappointing camera , flimsy battery cover and overall plasticky finish however detract from the device. This is your BlackBerry if you are desperate to get onto the BBM bandwagon on a budget else there are better smartphones out there in this price range.