Jabra has launched their latest bluetooth speakerphone in India called the Jabra DRIVE. Capable of connecting to multiple devices , the speakerphone speaks out messages like battery status , connectivity status. 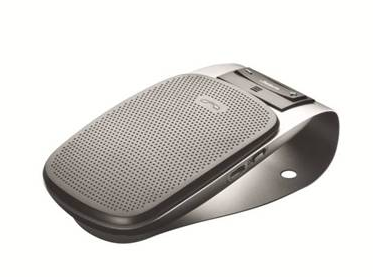 Jabra calls the DRIVE a setup free speakerphone which means that it should be fool proof to setup your device with it. Battery life is rated at 20 hours of talktime and 30 days of standby time which means that intervals between chargers should pretty long.  The DRIVE uses A2DP and lets users stream audio and GPS voice navigation prompts from the phone  to the speakerphone. An in car charger is bundled with the device.