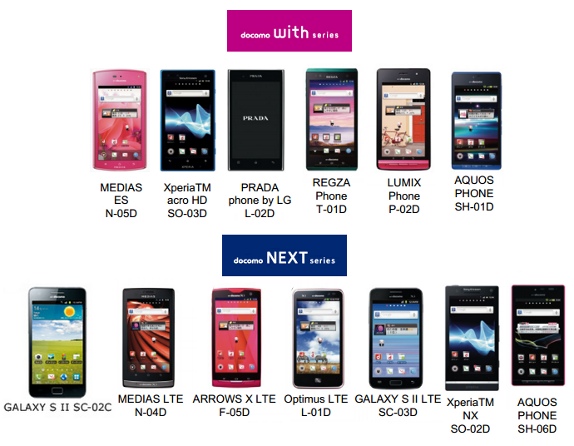 NTT Docomo has announced the Android 4.0 (Ice Cream Sandwich) update for 18 devices in their docomo with series, docomo NEXT series and docomo tablets. Some of these devices were announce in May and October 2012. The Xperia Acro and NX SO-02D were announced this January.

They plan to roll out the Android 4.0 update sequentially starting July 2012. The date of roll out for the products and the available features will be announced sequentially on NTT Docomo website.