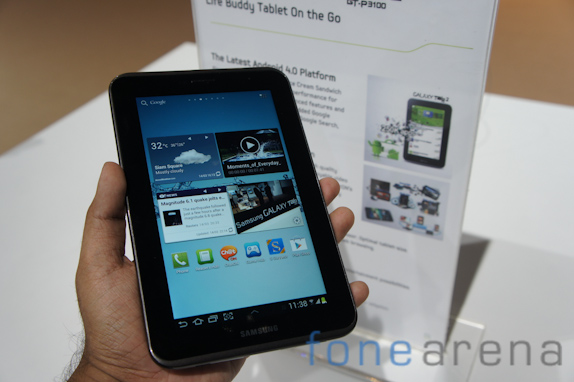 Samsung announced the Galaxy Tab 2 310 which is a 7 inch tablet running on Android 4.0 Ice Cream Sandwich. It is powered by a 1GHz Dual Core CPU and packs 1GB of RAM.It packs both 3G and WiFi functionality and features 16GB of internal memory which is expandable to 32GB. The tablet uses Samsung’s own TouchWiz UI on top of Ice Cream Sandwich. 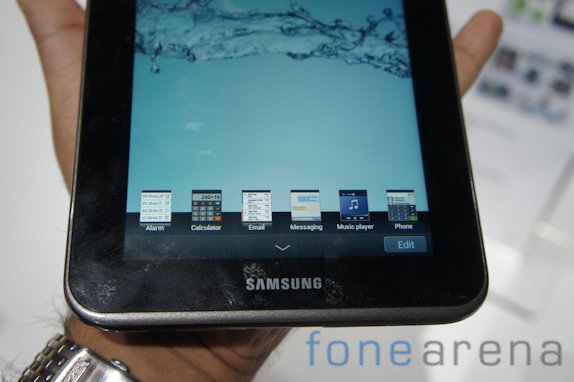 There is a 3 MP Camera on the back and a VGA camera on the front. The battery is a not user removable but is a 4000mAh battery. 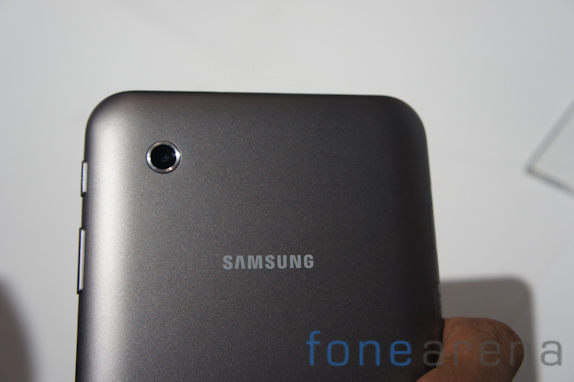 It can also be used as a phone as it packs an integrated earpiece.

The Samsung Galaxy Tab 2 next to the Galaxy Note 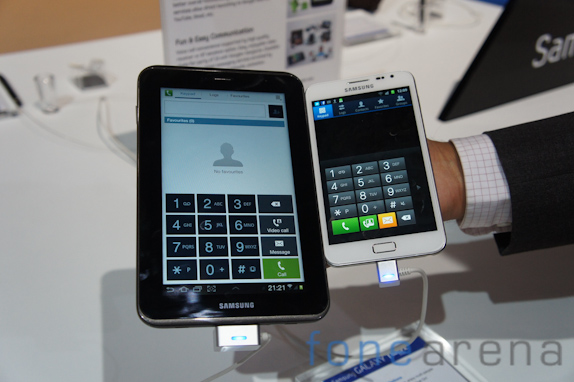 It feels pretty good in the hand but we really wish the screen had a better resolution than 1024×600 pixels as the ICS experience will be better on a higher resolution screen. But its a nice upgrade to the original Galaxy Tab.