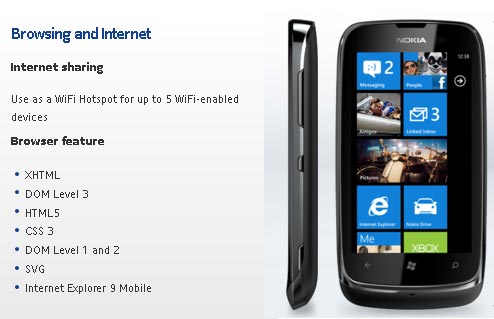 The most affordable Windows Phone from Nokia will ship with the Wi-Fi hotspot functionality on-board.  The other Windows Phones from Nokia such as the Lumia 710 and 800 do not have this functionality at this time and are expected to arrive as a software update at a later date. The product page for The Lumia 610 lists Internet sharing as one of the features.

You can use the device as a WiFi hotspot for up to devices. I have seen this feature on the HTC Radar but little is known as to why Nokia left it out in the previous devices. Would you like to have this feature on your smartphone ?