There was this rumor going on yesterday that the HTC Vivid from AT&T is going to receive the much awaited Android 4.0 update, but AT&T officially announced that this update is still not ready to roll out, and will not be updating the devices today. But some Vivid users were successful in updating their devices manually, read more to figure out how. 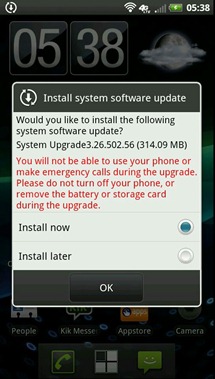 Some HTC Vivid users were able to manually pull the update from the AT&T servers by dialing *#*#682#*#*. I am sure AT&T would have figured this out by the time you read this post but, if you are lucky you will still be updated with the lates Android 4.0.3 version which comes with Sense 3.6.If you are not able to get the update then be patient as the update is ready to get out and you will be receiving it officially any time soon. If you can’t wait and still want the update you can head over to the XDA thread over here and learn more about the update.