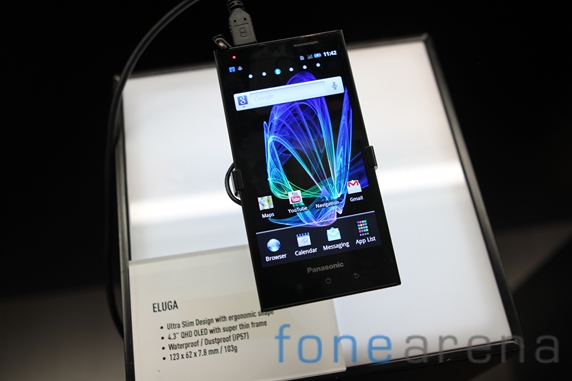 Panasonic caused excitement when it announced that it was planning to come back to the global market after a gap of few years. It introduced the Eluga which plans to conquer global markets, starting off with a European launch.

The Panasonic Eluga has a very sleek design and is one of the thinnest smartphones out there. It does not have the fastest processor or the highest amount of RAM but its performance and features should suffice for most consumers.

It is quite fast and the waterproof technology works brilliantly. The phone feels quite solid and has a great build quality even though its really slim and lightweight.