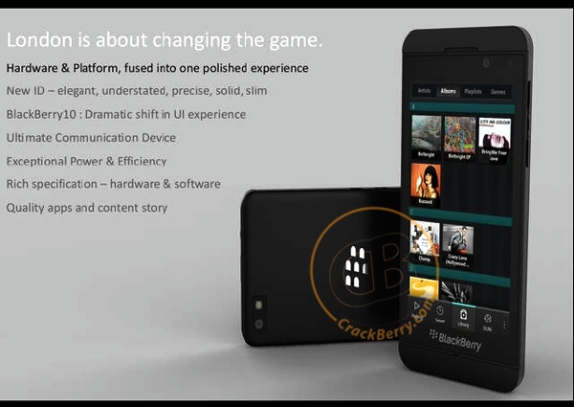 RIM is said to be testing the device with TI OMAP5 and Qualcomm chipsets with 1.5GHz dual core processors. This device might head to UK code-named London and would arrive in the US as Laguna and Lisbon.

Let’s wait till MWC 2012 next month for RIM to show off this new BlackBerry 10 device and other devices.