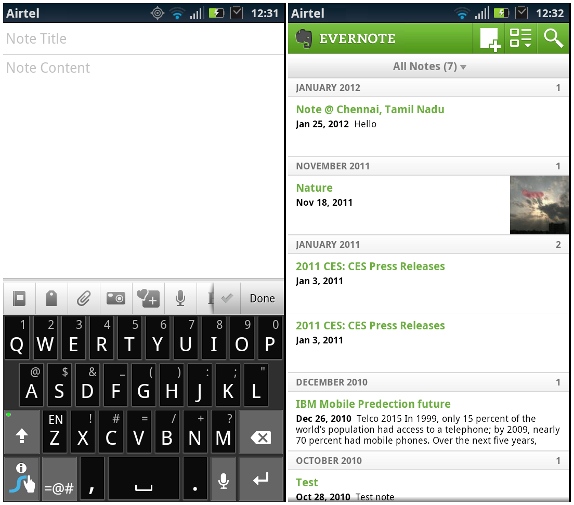 Evernote for Android has been updated to version 3.5 that brings new features such as auto-titles for untitled notes, new save feature and more. This is the major update after a month.

Features of Evernote for Android v3.5

This version also includes numerous performance improvements that saves note faster than the previous version and also some bug fixes.

Download Evernote for Android v3.5 from the Android Market for free.