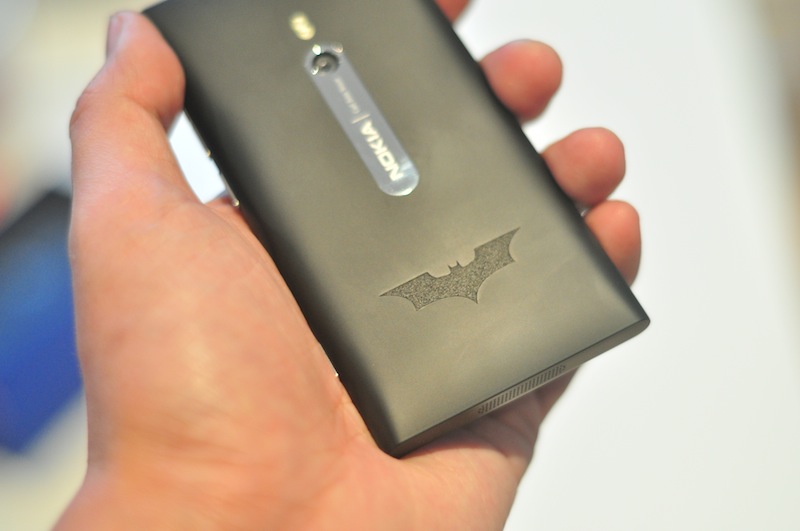 As part of the The Dark Knight Rise Prologue promotional tie-in between Warner Bros and Nokia, Nokia has produced 40 limited edition The Dark Knight Rises Nokia Lumia 800 smartphones. Being one of the lucky few in the world to own one, I believe it is only fair I share some of my thoughts here.

Well there isn’t much to write about. The phone is based on the standard black Lumia 800 and comes with a nice Dark Knight Rises slip case in black. Holding it you can’t tell this Lumia apart from the one you can already pick up. Except when you look at the back, you will find that Nokia has laser etched the Batman logo there. That’s right – a BATMAN logo. If you can’t get excited by BATMAN’s crest, then I do not want to be you. And yes, that’s coming from a thirty-something year old.

Sure, laser etching a BATMAN logo onto a phone won’t make the camera perform better, nor does it bring Internet Sharing or fixes the issues we’ve encountered with the phone. But I can’t stress this enough – BATMAN. Alas, you won’t find me eBaying this. But what’s stopping you from getting your own Lumia and laser etching it yourself? Go on now.