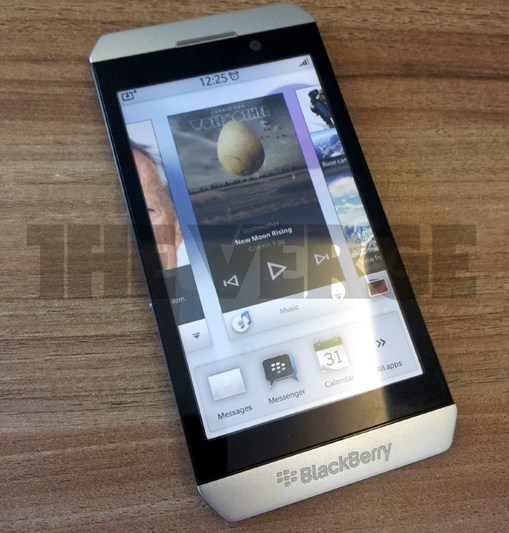 RIM’s first BBX smartphone might launch in Q3 2012 dubbed as BlackBerry London. The Verge got hold of a dummy device and the BGR that has confirmed from their source that it is expected in Q3 2012. They also say that the BlackBerry Colt that looked like smaller PlayBook that was leaked earlier was scrapped in favor of the new BBX device BlackBerry London.

The BlackBerry London might feature 1.5GHz TI OMAP dual-core CPU, 1GB of RAM, 16GB of internal storage, an 8MP rear camera, and a 2-megapixel front-facing camera. The display size is still unknown but it looks like a 4-inch one. It would be thinner than the iPhone 4 and a similar thickness of the Samsung Galaxy S2. It might also come with a native email support and BlackBerry Enterprise Server (BES) support as we reported earlier.

The design is similar to the Limited Edition Porsche Design P’9981 that was unveiled last month. RIM is also said to unveil 2 lower-end devices, as well as the next version of the Torch, thinner than the current ones with a 3.7-inch display and a slide-out keyboard.