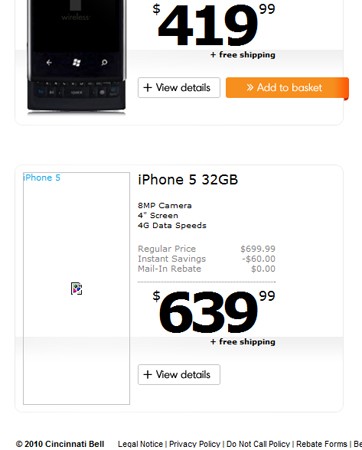 The price is shown to be 639.99 US $ which we expect to be the price of the unlocked/sim-free version. 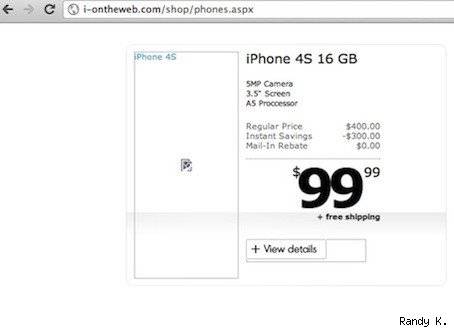 A second screenshot for the Apple iPhone 4S was also leaked. The price for it being 99.99 US $ The specifications mentioned include: