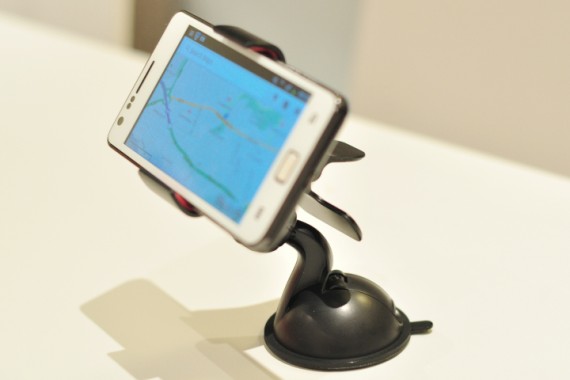 As the uptake of smartphones with built-in GPS receiver increases, so are people’s reliance to using their smartphone as a car navigation solution. These days even a cheap Android smartphone is more than capable of handling all sorts of navigational duties in a motor vehicle. All you need is a car mount. 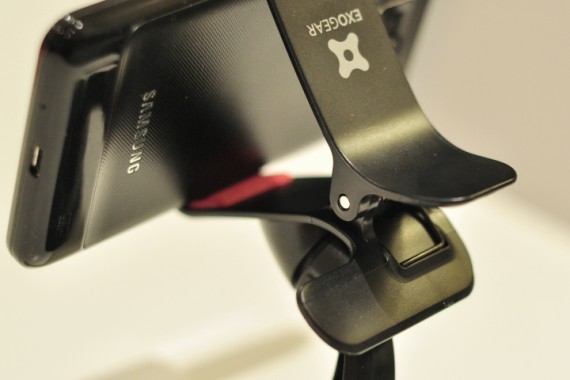 Exogear reckons that they have the answer with the Exomount. Exogear’s argument is that most car mounts are designed to be fitted on a front windscreen, which leads to block of sight from the driver’s point of view. With the Exomount, they have fitted a suction technology that enables you to mount it on any surfaces, including glass, wood and even a dry wall. More importantly, it can be mounted on a car’s dashboard.

The Exomount is a stylish car mount made of two pieces connected by a flexible ball and socket joint – the bottom suction piece that fixes the mount to a surface, and the grip holder where you fix your smartphone, PDA, GPS devices or any portable devices one would ever wish to mount. 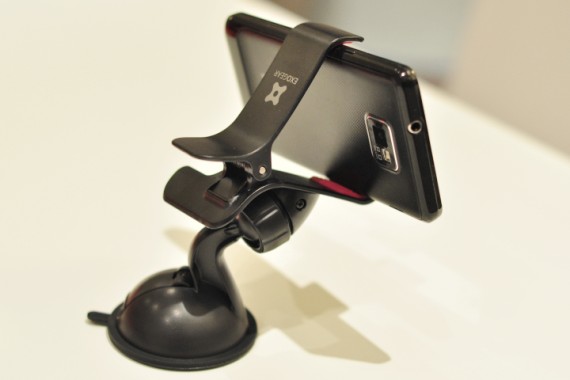 The grip holder is designed to hold devices up to 5 inches wide. I have tested the Exomount’s grip holder with an iPod Touch 4G, a Nokia N8 and a Samsung Galaxy S II and on all three occasions the devices stayed firmly on with no wobbles in sight. Unfortunately I see no way of tightening the joint so I can’t say for sure if the joint will always remain tight and wobble-free.

The grip can be rotated to suit your viewing angle. However I found the rotations to be limited. Still, seeing as you can pretty much mount this anywhere I don’t see it as a massive issue. Once installed, devices can easily be rotated between landscape and portrait. If you so wish you could even use the suction pad on a larger devices such as a tablet or ebook reader, and use the grip holder to clamp onto something else. It isn’t recommended, but it does look feasible. 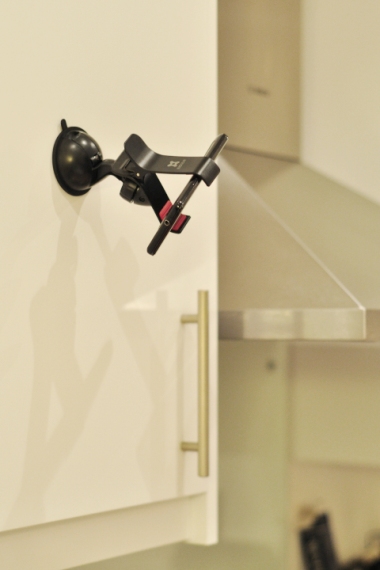 I found the suction piece to be really good. You simply place it on a surface, then push the clamp down. I have even tested it on a vertical wall with a device on it and left it for a few minutes. In fact even if you do not own a car or have no intention of using the Exomount as a car mount, it would still make a good device holder. Want to use it in the kitchen as a smartphone cook book holder? No problem.

Most universal car mounts or even those by the smartphone manufacturers themselves are either too expensive, too cheap and some are even useless. The Exomount by Exogear on the other hand is an inexpensive solution that actually works. Highly recommended.

It is available now on Amazon UK and Amazon.com