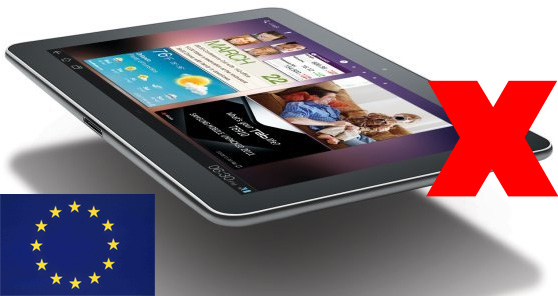 In a major blow to Samsung , a German court has ordered that Samsung should stop selling the Samsung Galaxy Tab 10.1 in all of Europe except Netherlands. Apple is accusing Samsung of copying the iPad design in it’s Galaxy Tab 10.1

Samsung might face a fine of 250,000 euros for each violation. Bad news for Samsung whose majority of smartphone and tablet sales originate from Europe. Good news for Apple lawyers, but surely bad news for gadget fans who can’t purchase a Galaxy Tab in Europe.