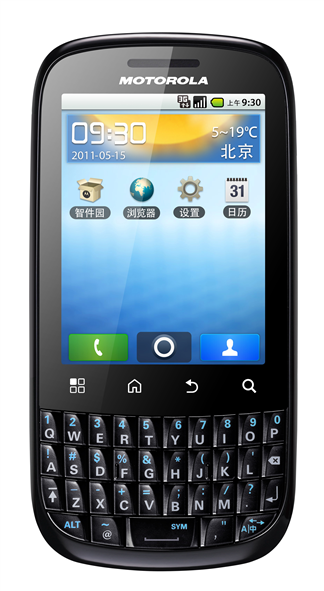 Seems like everyone is joining in on the candy bar QWERTY touchscreen design. First was the Nokia E6-00 then the Samsung Galaxy Pro and more recently the LG Optimus Pro. Now Motorola have announced the Motorola XT316 which is based on the same form factor.

The specifications of the Motorola XT316 are as follows:

The phone is available in China and will be available in Hong Kong, Taiwan and Latin America by mid-July. It will make its way to Europe and Asia later this summer.