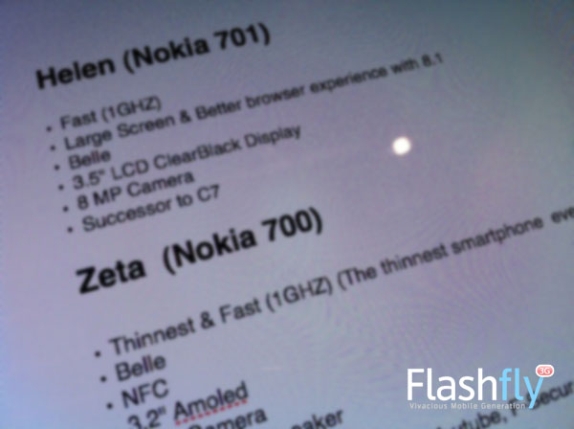 The first is Helen  (Nokia 701). It is described as being the successor to the Nokia C7. The specifications are as follows:

Cindy (Nokia 600) is supposed to be a youth and entertainment centric device. It will have:

Fate (Nokia 500) is a model in which the pricing is the main factor. It is said to be affordable, reliable and fast. It will have: