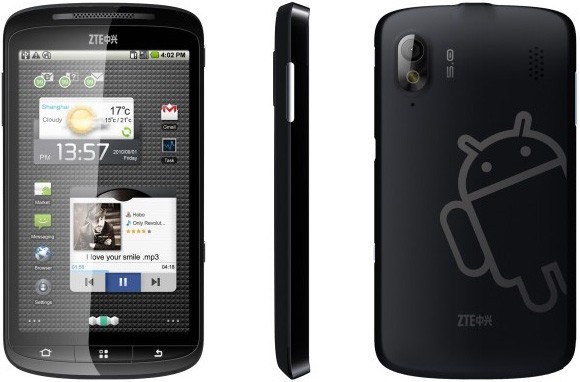 Android is currently one of the leading mobile OS’s in the world and it is liked by a lot of people. What makes Android different from other mobile operating systems? Android phones is available in a lot of varieties, like you can get a low-end phone running on Android or a high-end like SGS2 rocking on Android too. ZTE is one of the companies who love Android and they have announced several budget Android phones in past but that doesn’t they can only launch low-end phones. They proved it by announcing ZTE Skate at MWC which is ZTE’s first ever high-end Android phone. It has a 4.3-Inch touchscreen display and it’s rocking on Android 2.3 a.k.a Gingerbread. The phone packs some good specs, that doesn’t mean it will cost you £400.

Today, ZTE officially announced this device in France and it’s coming out next month for €200 which is almost £180, so after taxes and everything, you will be able to get it for around £200. That’s an impressive price tag and mostly people want to get a device which is affordable as well as have some good specs. ZTE is one of the leading Chinese companies, and their products are always welcomed by customers.

So anyone in France getting ZTE Skate next month?