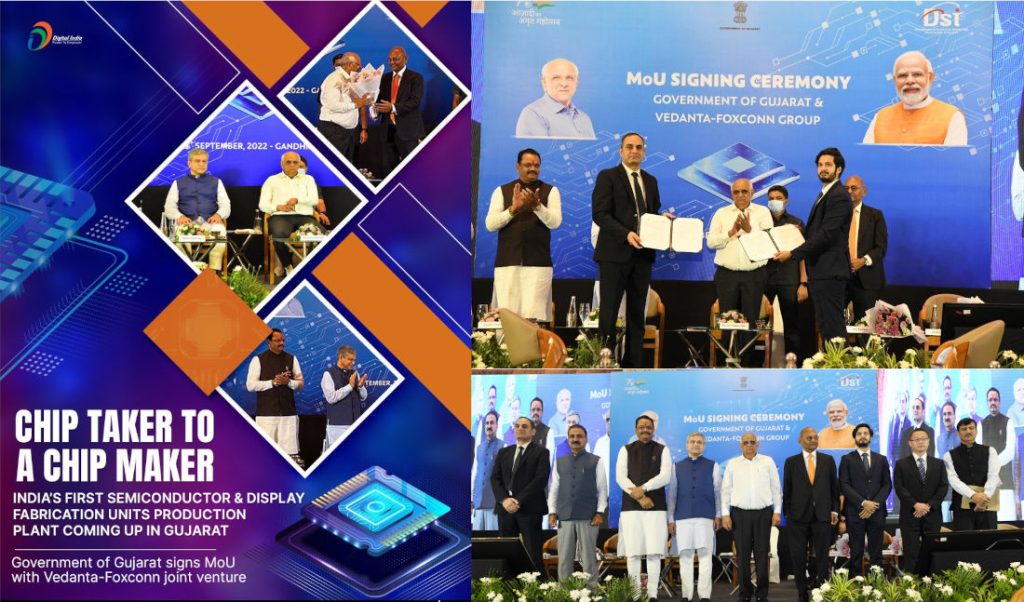 Vedanta, an Indian multinational mining company, today signed two Memorandum of Understanding (MoUs) with the Government of Gujarat to set up a semiconductor fab unit, a display fab unit, and a semiconductor assembling and testing unit in Ahmedabad.

The firm claims that these MoUs are a major step towards making India self-sufficient in the critical area of semiconductors and displays. This project is in line with Hon. Prime Minister Shri Narendra Modi’s Aatmanirbhar scheme, which aims to make India self-reliant in key futuristic technologies

In addition to Vedanta’s 60% stake, Foxconn, a Taiwanese contract manufacturer, owns 40% of the company. Both companies plan to invest a total of Rs. 1,54,000 crores.

The proposed unit for making semiconductors will use technology with 28nm nodes, and the unit for making displays will make Generation 8 displays for small, medium, and large applications. The project is expected to provide jobs to about one lakh people.

Speaking on the signing of the MoUs, Vedanta Chairman, Anil Agarwal,
said,

We are delighted to announce that Gujarat will be the location for our display and semiconductor fab ventures. The state is well known globally for being a manufacturing hub and I hope that India’s upcoming, cutting-edge electronics ecosystem will thrive, with every state benefitting to develop their electronic manufacturing hubs. We are privileged to take one step further in supporting Prime Minister Modi’s vision of aatm nirbhar Bharat in this strategic sector.

The project is in line with Hon. Prime Minister Shri Narendra Modi’s vision for achieving self-reliance in the field of semiconductor manufacturing. I congratulate Vedanta and Foxconn for taking this initiative and bringing the semiconductor plant to India. The Gujarat plant will go a long way in helping build $1 trillion digital national economy.