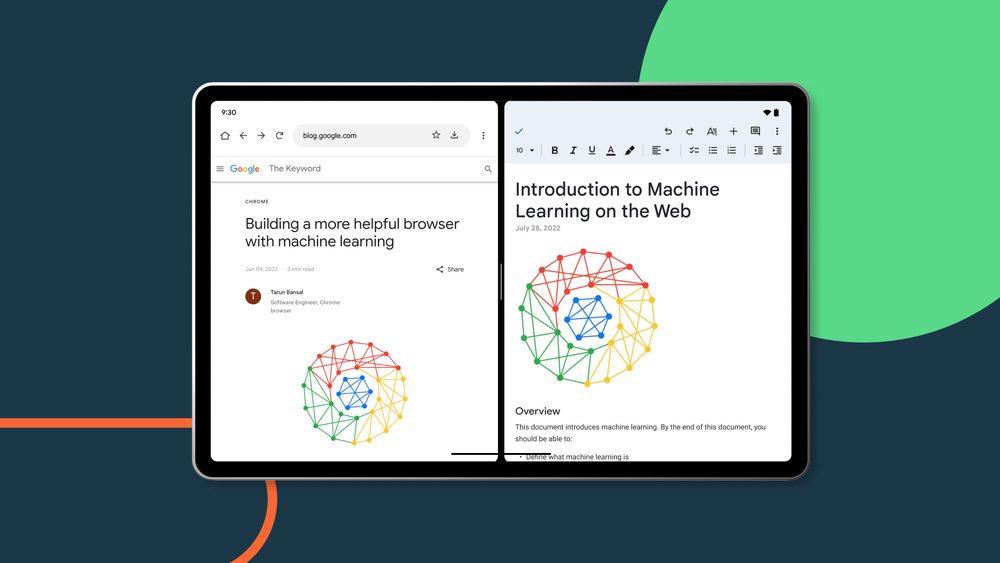 In order to make tablets and other devices with larger screens easier to use, Android released 12L earlier this year. In order to leverage the additional space on tablets’ larger screens, Google disclosed plans to enhance more than 20 Google apps there during I/O. Starting today, Google Workspace applications will be significantly faster and better on larger Android screens, says Google.

Google is prepared to make upgrades to larger displays with greater OS and app compatibility for the larger display devices. Thus, according to news that appeared earlier this week, Samsung and Google were integrating stylus handwriting-to-text into Chrome for Android.

The ability to multitask across two windows at once is one of the best benefits for getting things done on tablets. In order to accommodate users who have two screens open on a large-screen device, the firm introduced new ways to use Google Workspace apps. Now it’s simple to drag text or images from apps like Chrome or Sheets and drop them directly into a cell of a spreadsheet or document that already exists.

Open Drive side by side

To find the file you need on Drive, you can occasionally need to go deep into folders. You can now open two Drive windows simultaneously for improved access to your data. This makes it easier to find the information you require without having to switch views or repeatedly press the back button.

You can now swiftly browse across Drive, Docs, and Slides without slowing down or taking your hands off the keyboard if you’re using a connected keyboard to help you type. These keyboard shortcuts include select, cut, copy, paste, undo, and redo.

Over the following few weeks, these features will be made available to Android large screen users with Google Workspace, including personal Google Accounts.