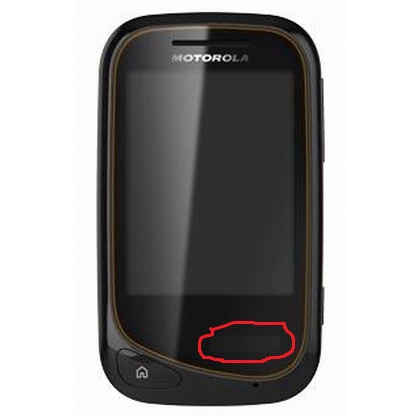 Motorola is one of the leading mobile phone companies and they are offering several good high Android smartphones. Well, they are not offering smartphones only; they also have a very good line of low-end mobile phones. They has some devices based on Qualcomm mobile OS which is known as Brew. Now it looks like Motorola is preparing to introduce a new Brew device, but this time the device comes with something you might not be expecting. Above you can see a leaked screenshot of Motorola device which is known as Motorola EX130. It’s a Brew based device, and it comes with two displays. In the image, the display in the red circle is the second display or call it ticker display, just like the one we saw on Samsung Continuum. Primary display size is 2.8-inch, whereas the second display is only 96 x 16 pixels.

Well, I think this device doesn’t need any secondary display, but Motorola knows better than me. So let’s wait and see when Motorola will officially launch this device. By the way, is anyone looking forward to this device?