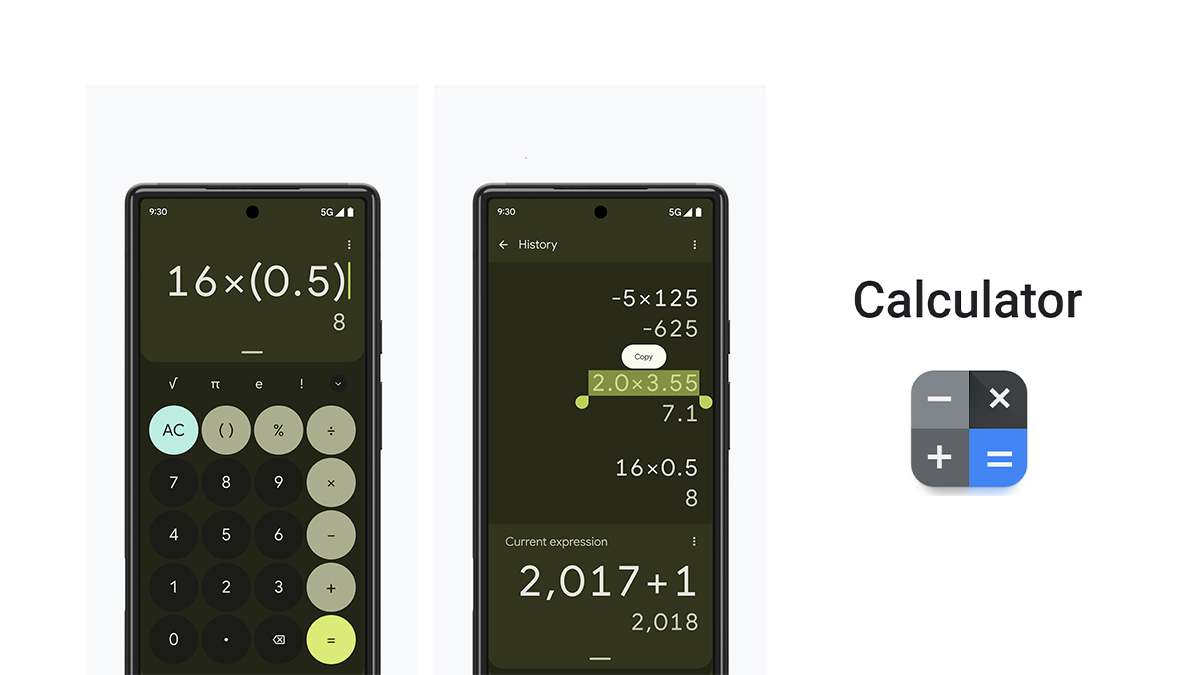 The Google Calculator app has been updated to version 8.2 with a new update that hit the Google Play Store. The update adds a better user interface, which should benefit those with bigger screens as well as give tablet users the flexibility they need.

In the updated app, you can see that the left side has more information, making it easy for users to see how calculations have changed over time. Before, you could also do this, but you had to swipe down on the interface to hide the keys. Together with this big adaptation, there are many smaller ones, such as being able to hide the advanced features for a finished look.

Whenever this mode is on, the shape of the buttons changes from round to more of an oblong shape. Even though it’s a small change, the fresh UI could perhaps make it easier for users to do calculations. You could always turn your device to portrait mode to hide the app’s advanced features if you only need a simple calculator with a few features.

Google has been attempting to improve tablet or larger screen devices in recent years with improved user interfaces for its apps, and the company recently launched Android 12L for tablets and foldables. 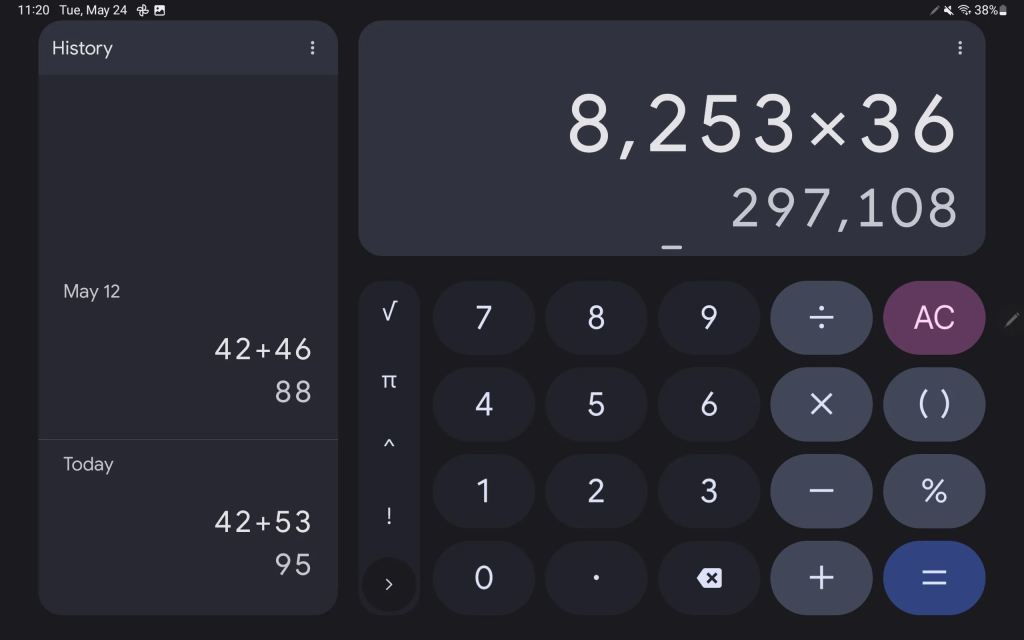 The Google Calculator v.82 update is rolling out via Google Play Store. Hence, it may not be accessible in your region immediately, but it’s a general release and therefore should be shortly. If you can’t wait any longer, side-loading an APK from a third-party website is possible.