Intel has revealed its top-tier 12th Gen Alder Lake HX series mobile CPUs, which include seven new Core i5, Core i7, and Core i9 chips with capacities ranging from sixteen cores and twenty-four threads to an eight-core and twelve thread SKU. The manufacturer has added PCIe 5.0 and 55W TDP, which maxes out (turbo) at a TDP of 157 W, which were previously only available on desktop processors. 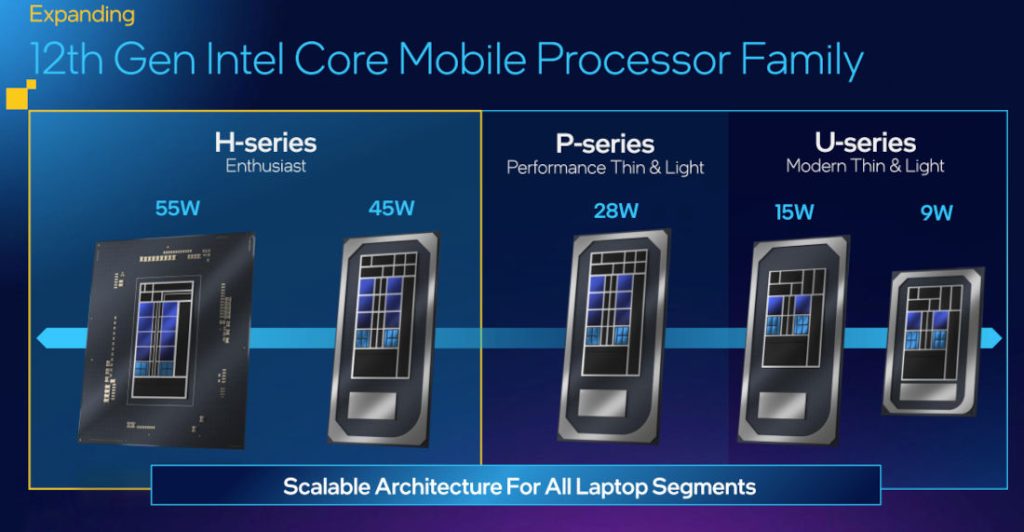 The Alder Lake HX series incorporates its hybrid desktop design (ADL-S) into a smaller BGA package with up to 16 cores  that is better suited for mobile devices and performance-driven high-end models. Further, it features BGA packaging with a smaller 45 x 37.5 x 2.0 mm profile to fit into more space-constrained chassis like laptops and notebooks. WI-Fi 6E MACs are officially supported. 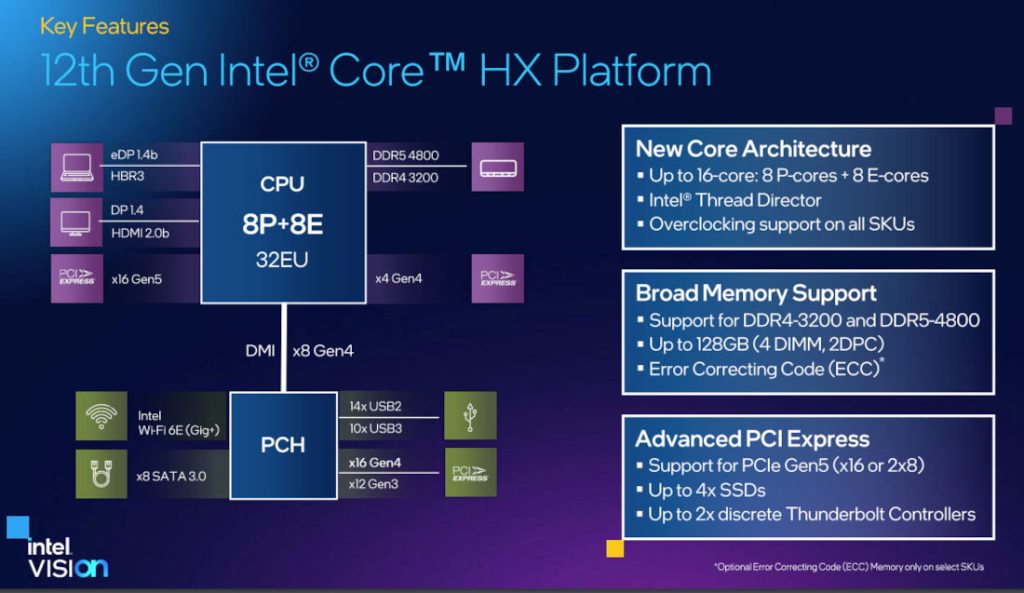 The new Alder Lake-HX processors will also include an improved Intel Speed Optimizer and Intel Extreme Tuning Utility (XTU), which will make it easier to take use of the additional overclocking capabilities as well as Intel’s standard one-click overclocking of both performance and efficiency cores. In addition, Intel has verified that all seven HX-series SKUs, including the vPro-capable models, would allow at least a limited form of CPU core overclocking, making this software and functionality available to everyone. 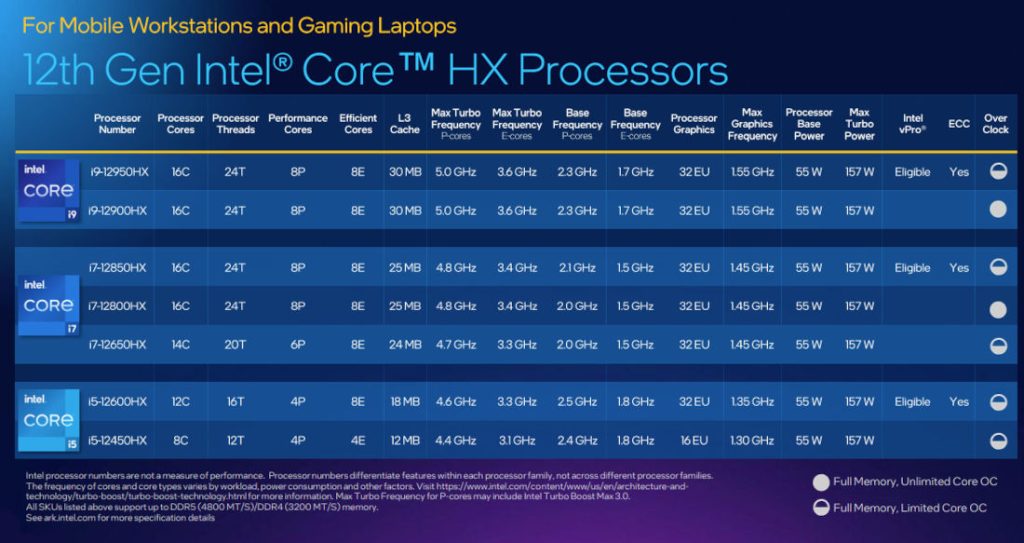 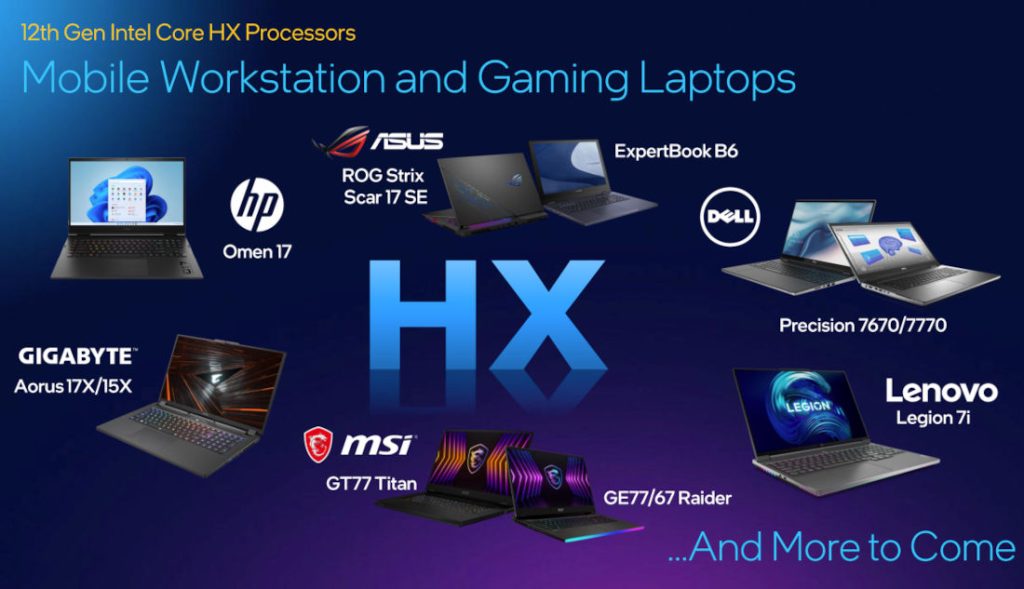 This year, top OEMs are scheduled to release more than ten workstation and gaming configurations powered by 12th Gen Intel Core HX CPUs, including systems from Dell, HP, Lenovo, and others.