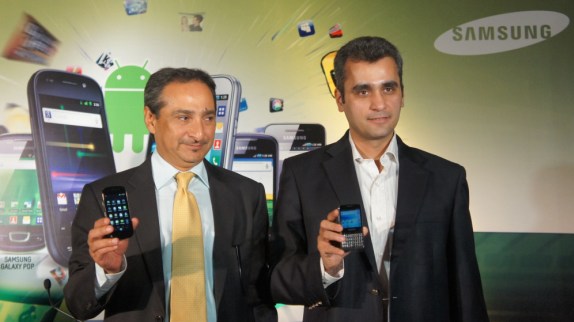 Chennai , India – Samsung today officially launched it’s Nexus S in India along with a bunch of other Android handsets such as the Galaxy Pro , Fit , Ace , Pop and Pop (CDMA). The Nexus S is the first Gingerbread phone from Samsung to launch in India.The other phones launched run on Android 2.2

The Nexus S comes with 16GB of internal memory and a 4 inch Super Clear  Curved LCD display. It also features a NFC( Near Field Communication) chip.

The device is already available across most retailers. It is priced at Rs.29950.

With the Galaxy S2 launch round the corner ,  looks like Samsung is betting big on Android for it’s smartphone growth.