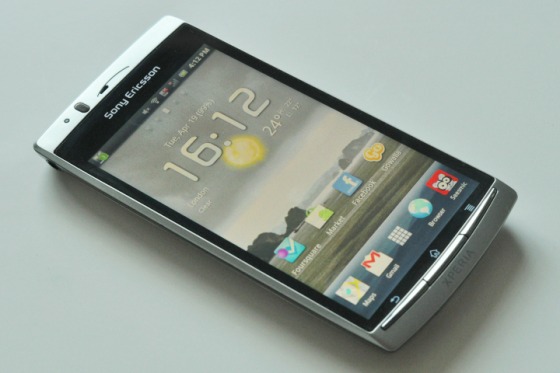 Here is the FoneArena Sony Ericsson XPERIA Arc Review , the latest flagship device which can be considered a successor to the X10. The XPERIA Arc is Sony Ericsson’s latest assault on the ever growing Android smartphone market. Unlike other manufacturers like Motorola, LG and Samsung, Sony Ericsson has gone for a single core processor for their flagship smartphone. Rather than going with brute specifications, they are counting on the design and software optimisation to gain customers.

In the past Sony Ericsson has been criticised for slow updates and performance issues. With the Arc and their new line of XPERIA smartphones, Sony Ericsson has promised that they will be one of the first to update their phones whenever a new Android version is released. Sony has even posted a website dedicated at promoting developers to root the Arc. But will words be enough to change the minds of dissatisfied customers?

As far as smartphone goes, the Arc sports a typical slate design. At a glance the Arc looks incredibly similar to the XPERIA X10. Sony Ericsson has tweaked the design a little, but it is obvious that overall the Arc retains the same design language as the rest of the XPERIA family. A large 4.2″ screen with 480 x 854 resolution dominates the entire front of the device. The LCD screen is powered by Sony Mobile BRAVIA engine, a software that boost the colour and contrast of whatever is displayed on screen. This can be turned off in the Settings. 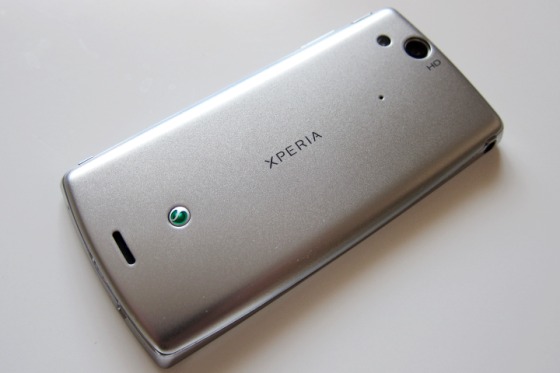 Three hardware buttons (back, home and menu) can be found below the display. In an age where almost every manufacturers have moved to capacitive touch sensitive buttons, it is reassuring that Sony Ericsson has designers who still recognise the appeal of hardware keys and put usability over form.

Above the display you will find the earpiece, proximity sensor and what looks like an ambient light sensor that does not work. On the left side you will find a standard 3.5mm headphone jack. An on/off power button and microHDMI port, protected by a flap, can be found on the top of the Arc. No microHDMI cable were included with the review phone, but Sony Ericsson has informed me that all XPERIA Arc will be bundled with a microHDMI cable. The microphone and lanyard loop can be found on the bottom of the device.

On the right side of the device resides a microUSB port for charging and connecting the device to a PC, a volume rocker and status LED. Near the bottom of the right side you will find a very small camera shutter button. On the backside you will find the 8 megapixel Exmor-R camera with a single LED flash that sits a little too close to the edge, the loudspeaker as well as a small microphone for active noise cancellation and audio recording. Removing the large battery cover will allow access to the 1500mAh BA750 battery, microSDHC slot and SIM card slot. Unfortunately both the microSDHC and SIM card slots are not how-swappable. A 8GB microSD card is included. 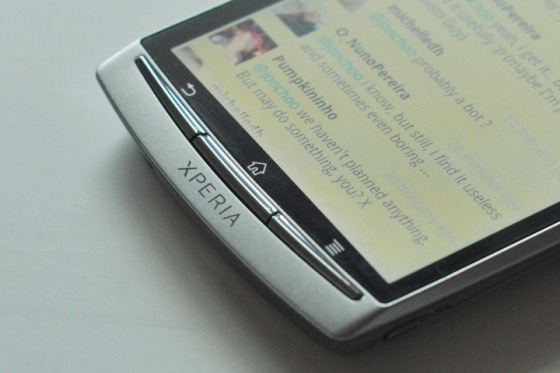 Quite how Sony Ericsson got a battery that big into a phone that slim (8.7mm at the thinnest point), I do not know, but they did. Sony Ericsson claimed that the battery is able to provide 430 hours of stand by time. I find that I am able to use the Arc for a day before the battery gives up. This is with 3G and twitter and Gmail pooling for updates every 10 minutes. It isn’t bad for a smartphone, but still a far cry from the days when phones can last 2-3 days with heavy use.

The Arc felt great in my palms due to the curved design. The light weight is all thanks to Sony Ericsson’s decision to use plastic. Despite that I can’t help think that the XPERIA Arc would be better off being made of metal. Still, at least the built quality is good and the device felt solid at all times. The tiny shutter key isn’t optimally placed, but at least there’s one. Users may find issues with the placement of the camera near the top edge of the back. There isn’t a front camera so forget about video calling.

The XPERIA Arc runs on the Qualcomm MSM 8255 Snapdragon Silicon-on-Chip (SOC) that features a single core 1 GHz Scorpion CPU and Adreno 205 GPU backed up with 512MB of RAM and a modest 320MB of built-in storage. While this may seem inadequate in today’s world of dual-core phones, I actually found the XPERIA Arc to be an excellent performer. Sony Ericsson has obviously learned their lesson from the issues that plagued the original XPERIA X10. They got rid of Mediascape UI, but retained Timescape. Obviously the fact that it runs on the latest Android optimised for smartphone, version 2.3 Gingerbread, helped. 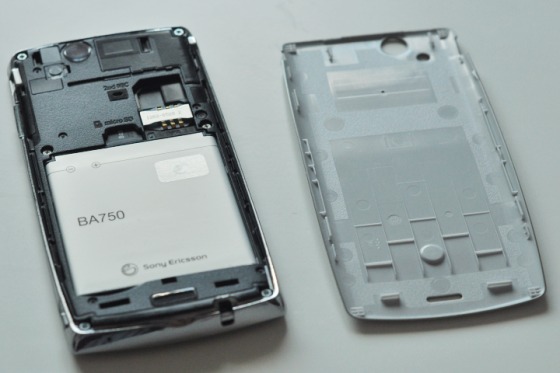 As I mentioned earlier, the XPERIA Arc runs on Google’s latest Android Gingerbread optimised for smartphones (Honeycomb was made for tablet), more specifically, version 2.3.2. Like every Android manufacturers, Sony Ericsson has customised the Android launcher in the name of differentiation. It looks almost like Launcher Pro. Four application shortcuts can be found on the dock of the homescreen and in between them a shortcut that takes you to the application menu/launcher. Shortcuts and folders can be dragged from the dock to the homescreen and vice versa. There is a total of five homescreen panes to swipe around, which is plenty for most users.

Timescape now exists as a separate application and widget. While it looks cool and fluid, I question the need for Timescape at all. It doesn’t seem to be a terribly efficient way of looking through status updates, texts and newsfeed of your friends. There is a new overview mode that is accessed by the pinch-to-zoom method. It works a bit like HTC’s Leap View, but rather than being presented with an overview of the homescreen panes, the widgets are zoomed out, giving the user and overview of any widgets currently active. Click on any widget and you will be brought to the homescreen pane where the widget resides.

Many Android power users will prefer if the Arc runs on vanilla Android, but for the majority of users the Arc works well. Despite the now outdated single core processor, the device feels quick. In fact it feels far quicker than any other similar Android devices I have used like the similarly spec’ed Motorola Milestone 2. What Sony Ericsson are doing is similar to what the other manufacturers are already doing. Personally I like this far more than Motorola’s BLUR UI and HTC’s Sense. Being an Android phone you can always hack it. Sony Ericsson has even published a guide on how to root the XPERIA Arc, though this will invalidate the warranty of the device. 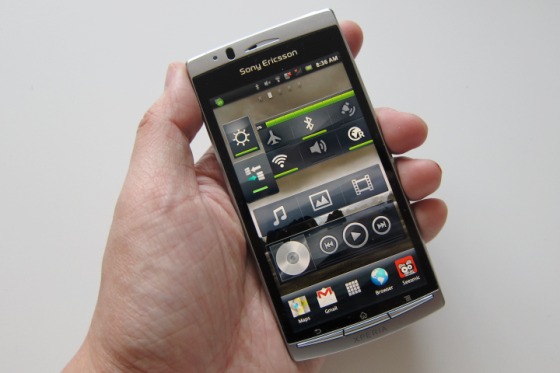 To get the best out of the Arc, you will need a Google account. This will allow you to sync contacts, email and calendar while also giving you access to the Market app store. Sony Ericsson has also added their own section on their Android market where you will be able to find a smaller section of curated apps optimised for their phones. These are mainly applications and widgets made by Sony Ericsson themselves and a handful of third party applications.

Being a Gingerbread phone, the Arc works almost flawlessly. Messaging is a breeze thanks to the built-in support for threaded conversations. The Gmail app is available for email, and unsurprisingly is one of the best email clients you can find on a mobile phone today. A more generic email application is also available to handle POP and IMAP email accounts. The phonebook is very social friendly as you can link each contacts with their own Twitter and Facebook accounts, thus giving you an easy way to view any of your contact’s latest social updates. Linking the contacts is easy and painless, though isn’t as straight forward as Microsoft’s approach with Windows Phone 7.

For text input, the Arc only offers the standard default Gingerbread keyboard. In portrait mode, the keys are large and easy to hit, though I do find that the Android’s default setting on auto-correct to be annoying at best. Typing is even better in landscape mode. While I struggle to use the default portrait keyboard, typing on the landscape keyboard was a breeze thanks to the large 4.2″ screen. Unfortunately the large screen also makes using the Arc one handed to be a chore. The Arc is certainly not a device for people with small hands who prefer to use their devices one handed. 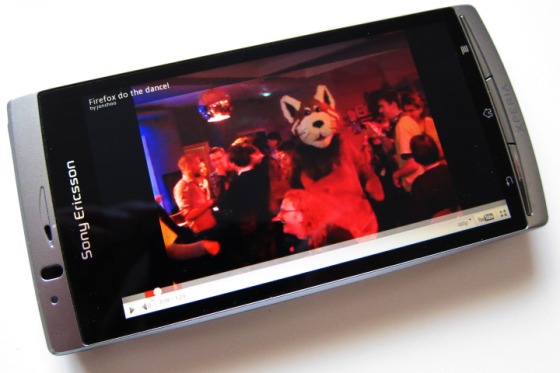 Web browsing is a breeze thanks to the high resolution screen. Zooming can be done via either double tapping or pinch to zoom. Tab browsing is also supported, as is text reflow. The UI is clean with only the address bar and bookmark icon visible when first entering. Pressing the menu button will bring up six keys allowing you to open a new tab, access the bookmark, switch between tabs, refresh the page, go forward and enter the options where you will find the browser’s settings. Here you can change the text size, disable JavaScript or images, clear cache and cookies, enable sites to access your location etc. Flash 10.2 is available for the Arc, enabling you to watch YouTube videos and play Flash games within the browser. Overall the browser does a great job at mimicking a desktop browser. The large 4.2″ screen certainty makes browsing a joy on the Arc.

Equipped with an eight megapixel Exmor-R backlit sensor and f/2.4 lens, the Arc is more than capable of capturing fast action even in areas with very little ambient light. I went for a gig recently and the Arc outclass the Nokia N8 when it came to capturing the action. The Arc does excel in low light no flash photography, for a smartphone. While the images were usable, the image quality were still no match for a decent digital compact like the Canon S90 and S95 with fast lens. 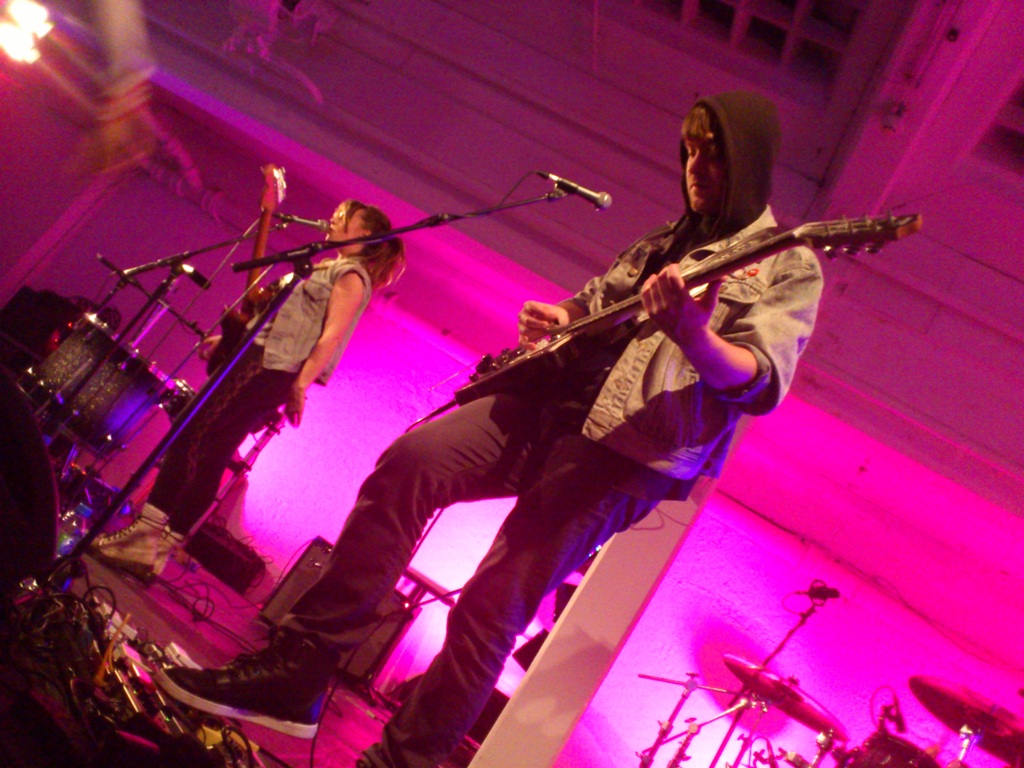 It doesn’t perform as well when it comes to daylight photography. Colours are washed out and images look dull, and like all mobile phone camera with small sensors, it suffers from lack of dynamic range. If only the default photography app has the ability to capture images in HDR mode. The camera menu isn’t intuitive to use and the small shutter button is quite possibly the worst I’ve ever used. 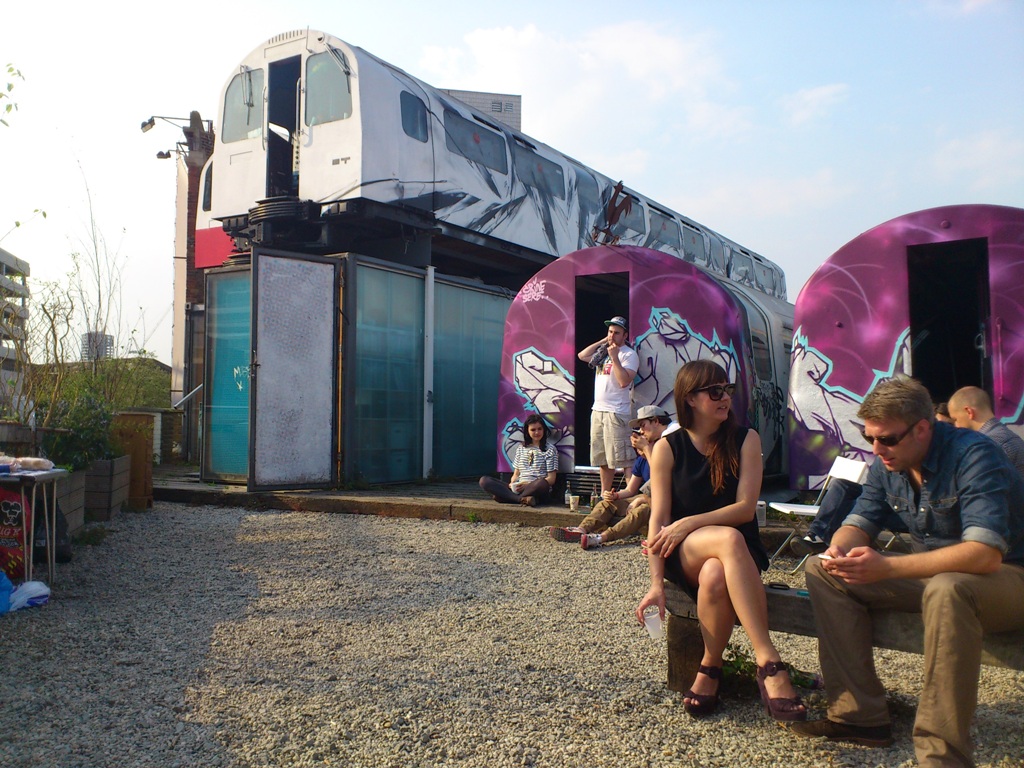 The XPERIA Arc is also a capable HD video recorder. Unlike most of the newer Android flagships by other manufacturers which records at 1080p, the Arc tops out at 720p30. It features continuous autofocus, but does not support digital zooming like how the Nokia N8 does. Still the quality of video recording is good and smooth with hardly any dropped frames. Unsurprisingly, the Arc captures video well in low light.

I genuinely like the XPERIA Arc. Sony Ericsson has made a device that works great, is fast for a device with single-core and has a great camera that works decently in low-light situations. With the XPERIA Arc, Sony Ericsson has made big changes in the way they market their Android devices. Against the trends, they’ve not locked the boot loader, and have made big promises regarding future firmware updates. To top it all, it features a design that looks just darn gorgeous.

There is little doubt that the Arc is a great device, but with the HTC Sensation and Samsung Galaxy S II due to be released soon, it isn’t quite as future proof as those devices. Despite all that, I do feel that the Arc deserves its place as a premium phone.