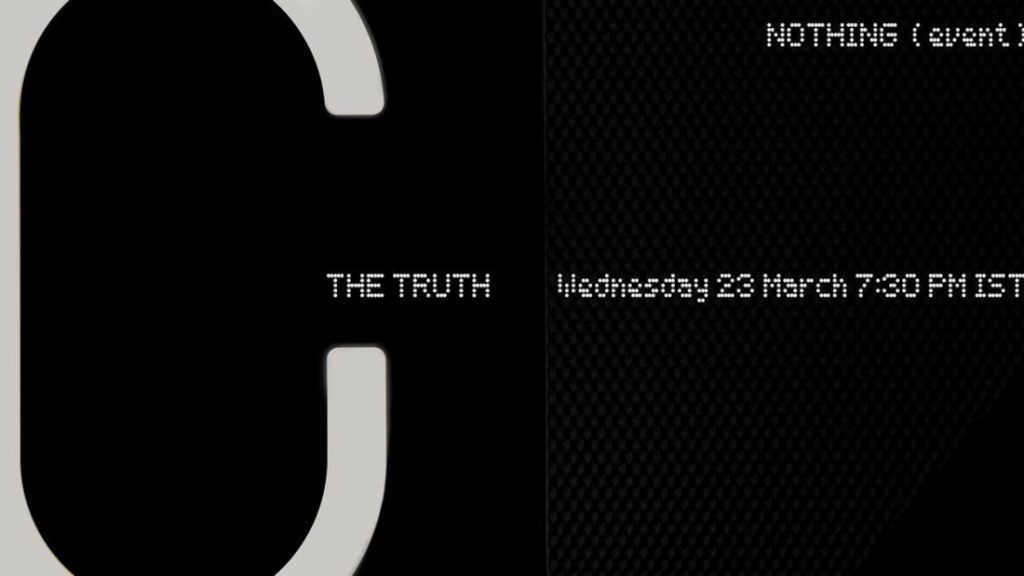 London-based consumer tech company Nothing launched the ear (1) TWS earbuds in August last year. Looks like the company is gearing up to launch several products this year as it has scheduled virtual Nothing (event): The Truth on 23rd March.

The company will reveal details about its 2022 roadmap at the event, as well as details about a new community investment round, after the first one was successful. A new report from last week said that the company’s first smartphone will launch in April, and the phone was seen inside a case in Carl Pei’s hands as he was showing it off  to Qualcomm’s CEO Cristiano Amon.

Nothing also announced that it has raised $70M Series B funding, co-led by EQT Ventures and C Ventures and with participation from GV, Tony Fadell’s Future Shape, Gaorong Capital and Animoca Brands. The new funding will go towards scaling its product ecosystem and establishing its London Design Hub, said the company.

The new investment brings the total raised by Nothing to $144M to date, including $1.5M from its first community investment round, which broke a record for fastest $1M raised.

“The funding will be used to create new product categories in partnership with Qualcomm Technologies and its Snapdragon platform, and grow operations at its new London Design Hub, led by ex-Dyson Head of Design Adam Bates,” said the company.

With this round of financing, we have the fuel to realise the next phase of our vision of a seamless digital future. I’m grateful for the support from our community and investors. Our first year was a warmup, and we can’t wait to reveal what we’re building at Nothing during the upcoming event.