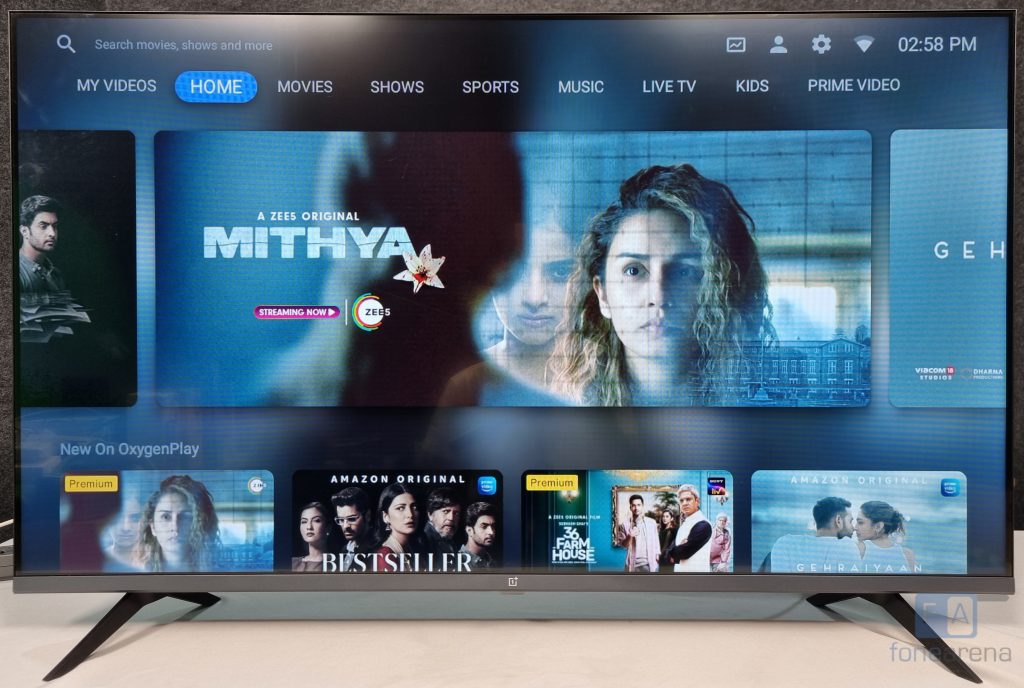 Following the launch of the U1S smart TV from a couple of months ago, OnePlus has announced a refresh to their Y-series of TVs with the launch of the Y1S and Y1S Edge. Both models come in 2 sizes – 32-inch and 43-inch sizes, and they come with a host of new premium smart features. Here is our review of the OnePlus 43-inch Y1S Edge. 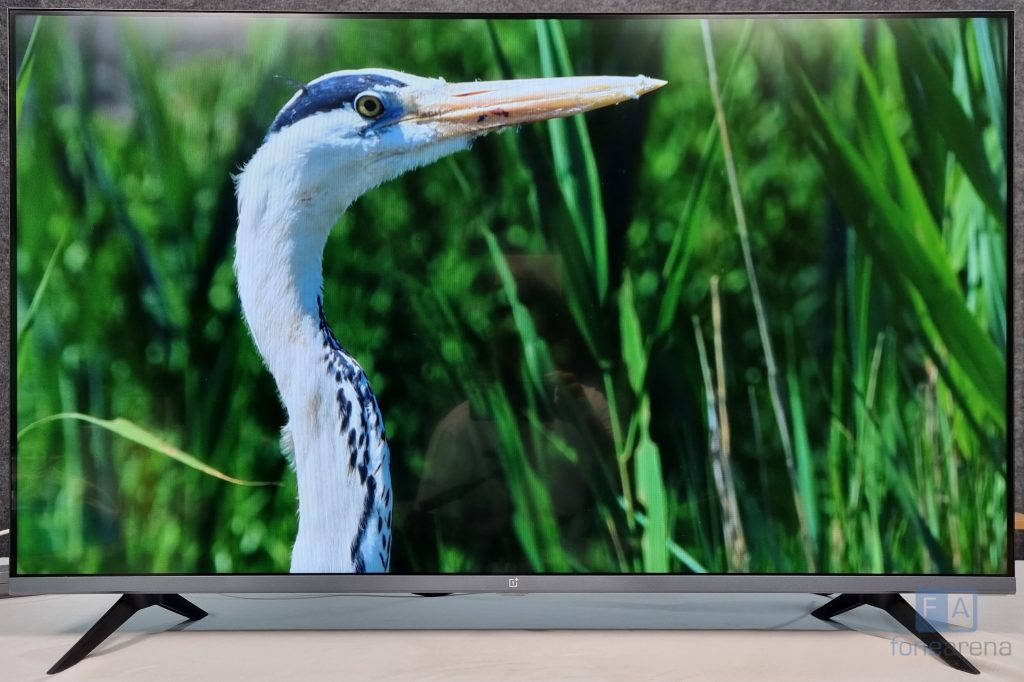 The design of the Y1S Edge has been updated with smaller bezels for the top, right and left edges, and the thicker bottom bezel now has a metallic finish. Branding is minimal, with a single OnePlus logo in the center of the bottom bezel. The entire TV is made out of plastic, which is expected for a TV at this price range, though, it doesn’t look or feel cheap. 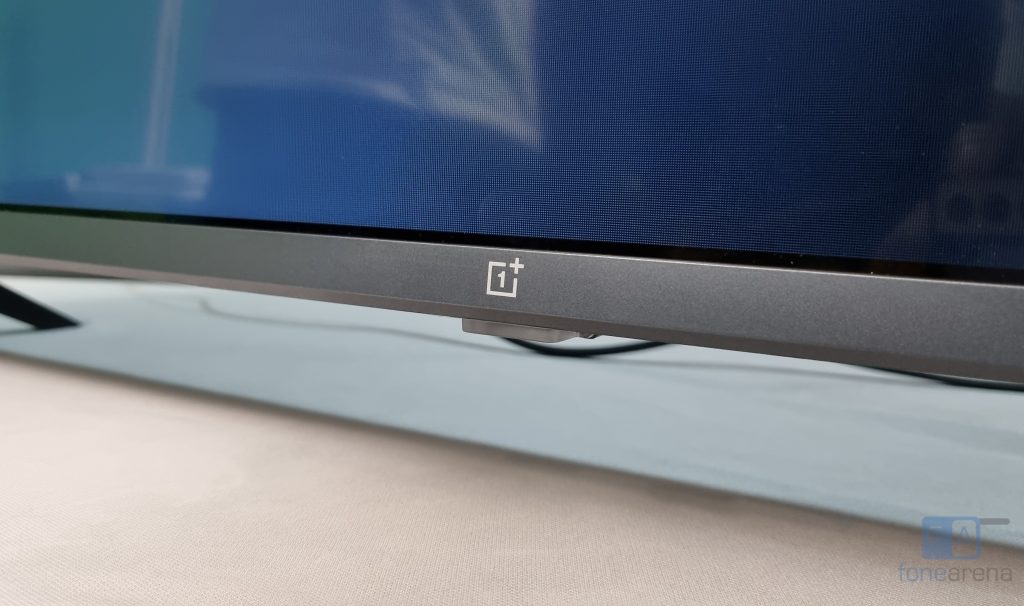 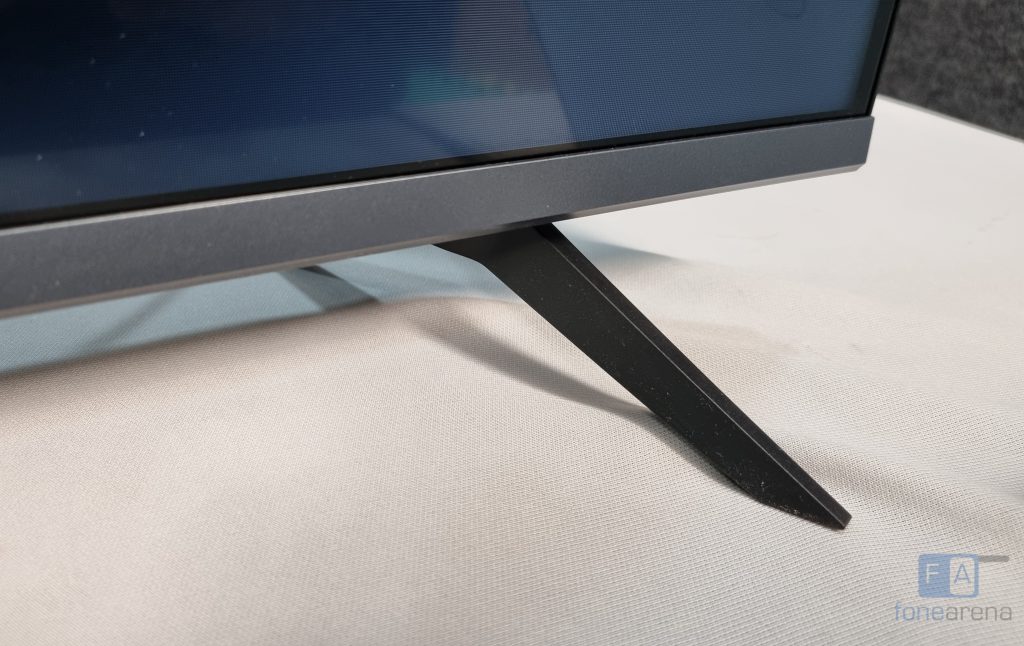 The stands are made out of plastic too, and do a good job of keeping the TV upright. 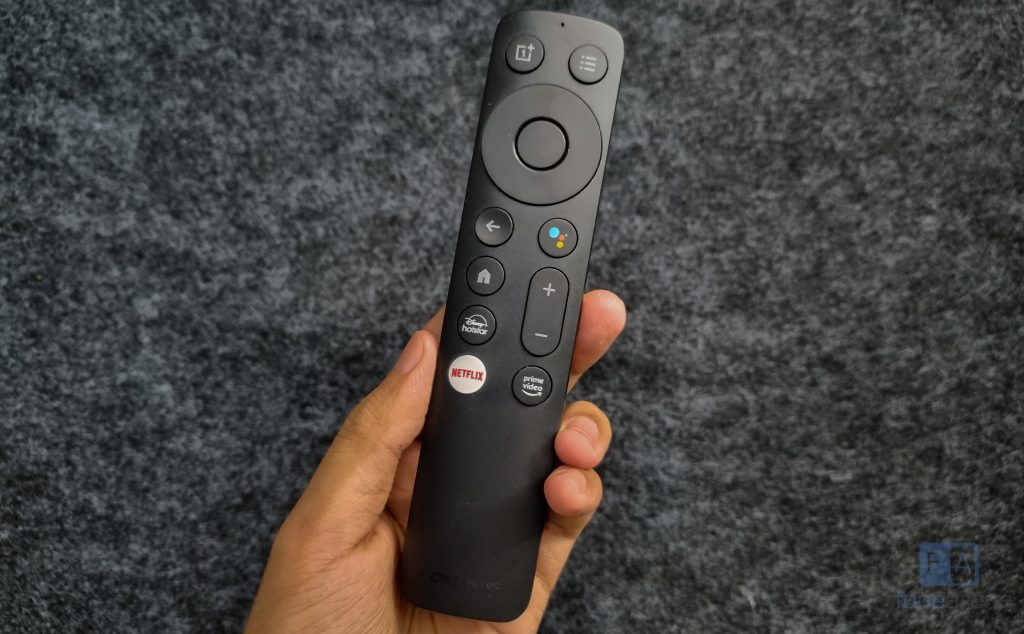 The remote of the Y1S Edge is mostly that same as the U1S TV, however with a slightly different button layout. There is a new Disney+ Hotstar quick launch button, which has replaced the Mute toggle shortcut. To mute the TV now, users need to double tap the Volume Down button instead. 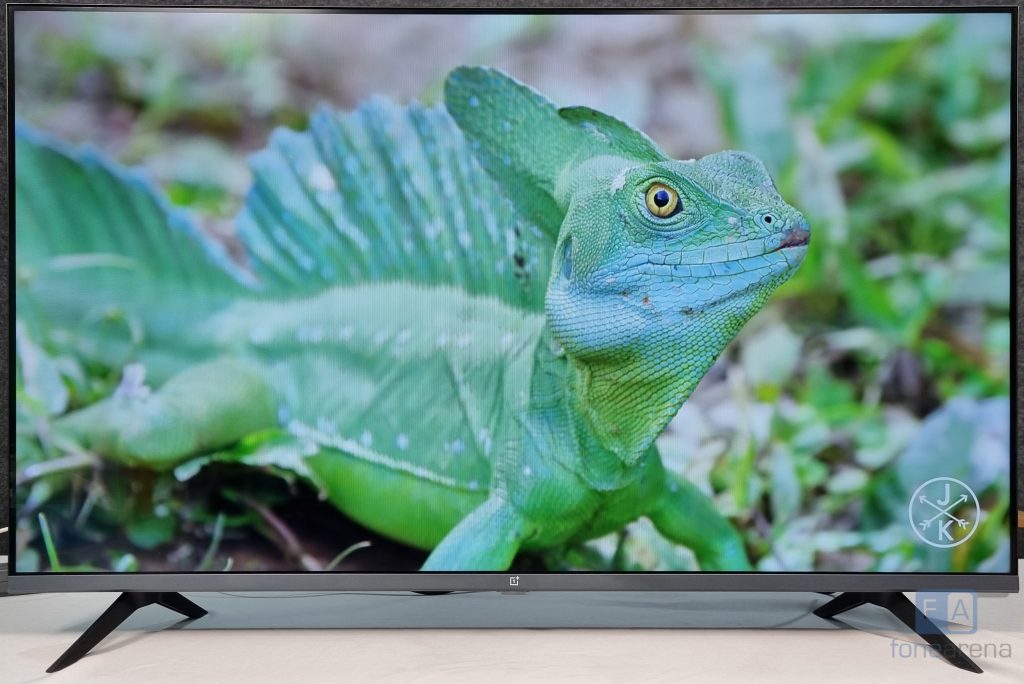 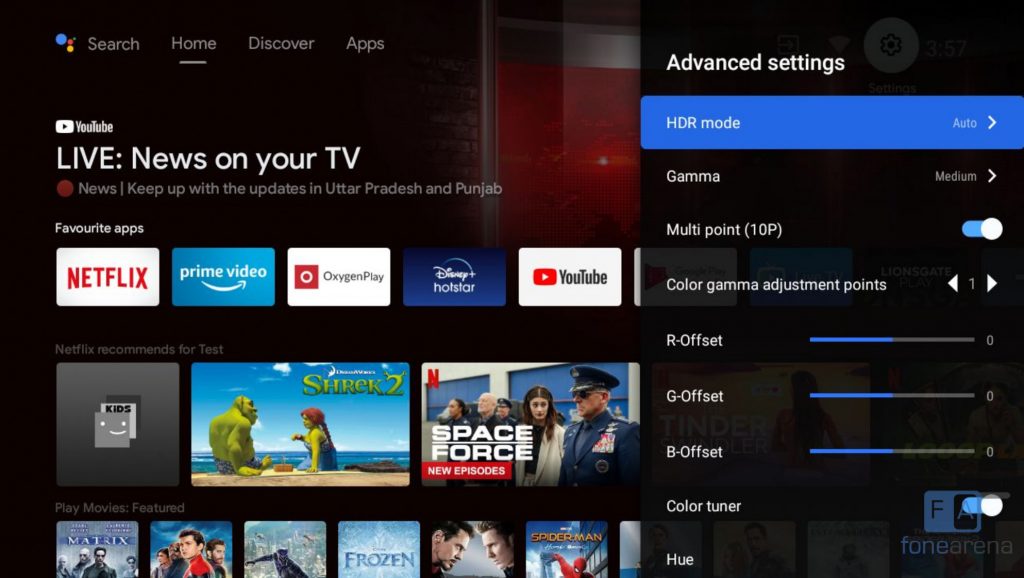 Similar to the U1S, the OnePlus Y1S Edge also supports their Colour Space Mapping technology that will ensure lower discrepancies when mapping colours and tone across different colour spaces. Along with this, it also features their Gamma Engine, which includes anti-aliasing, noise reduction, dynamic contrast and more. 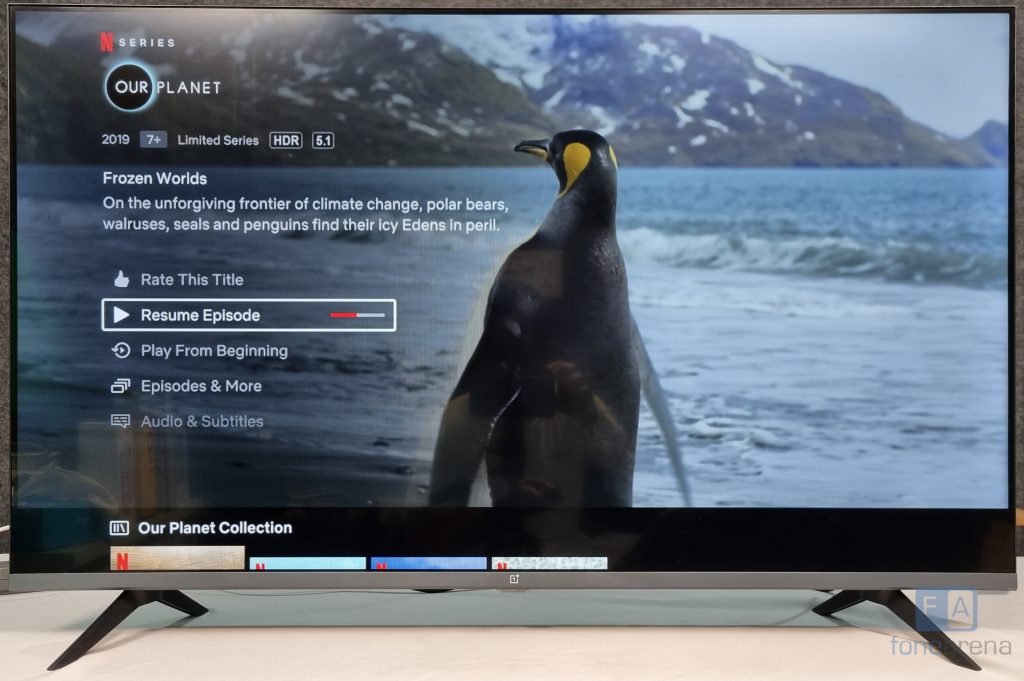 When viewing the 43-inch 1080p panel at a comfortable distance, I had an enjoyable viewing experience. It is reasonably bright, details were good, and the contrast levels were acceptable. While the colours did not necessarily pop out, it is good enough for a budget TV. Having small bezels also helped with the viewing experience. Another feature of the Y1S Edge is its TÜV Rheinland certification for low blue light emission, which should help reduce eye-fatigue. 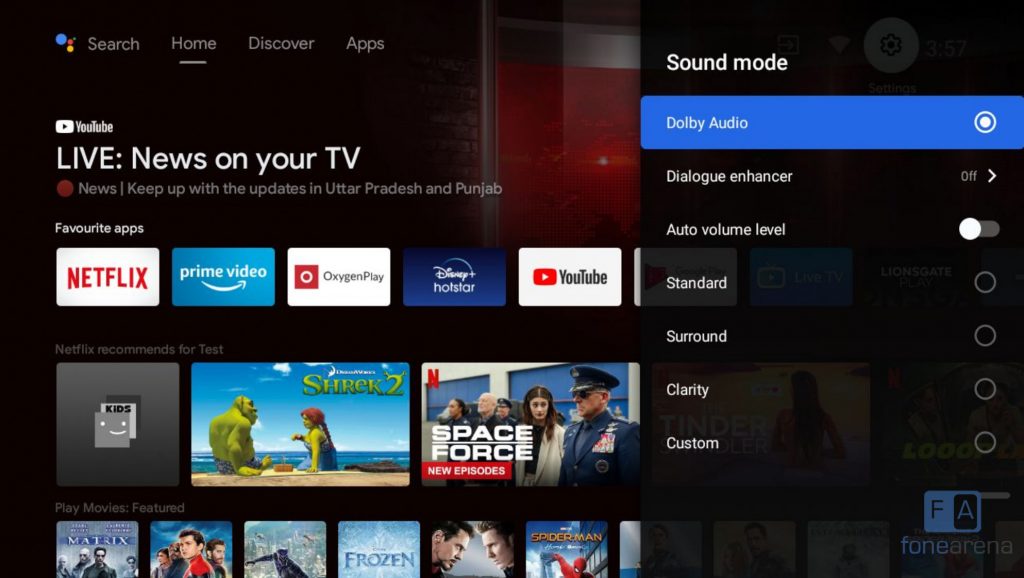 For audio, the Y1S Edge models have a 2 unit, downward firing, 2-channel speaker system that have a maximum output strength of 24W. The regular Y1S TV, on the other hand, has a slightly weaker 20W speaker system. All models support Dolby Audio processing, and through the HDMI ARC port, you can connect a compatible speaker and enjoy Dolby Audio content. The TV also comes with an optical audio port to connect to soundbars or an AV receiver.

Coming to audio quality, the Y1S Edge gets reasonably loud. The quality is not particularly great, however. At lower volumes, mid-frequencies sound muffled, and the high-frequencies and low-frequencies are weak. The speakers do sound better at higher volumes, however the bass still is weak. For built-in speakers, I would consider them as functional, but I would certainly recommend getting a soundbar. 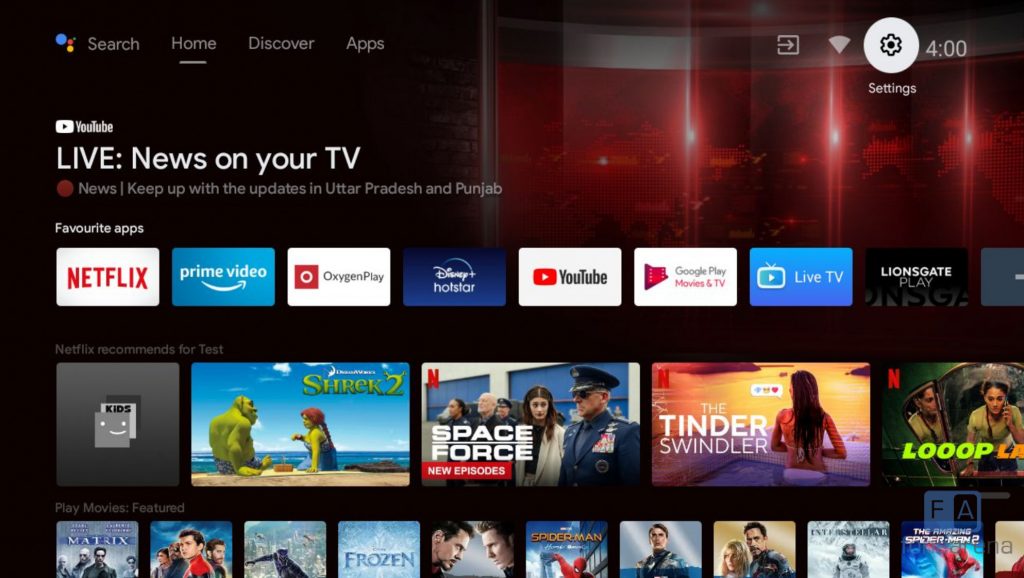 This is an area where OnePlus has made real upgrades over the previous generation of Y-series TVs. The Y1S Edge runs their latest OxygenPlay 2.0 operating system that is based on Android 11, and it comes with a number of nice features. 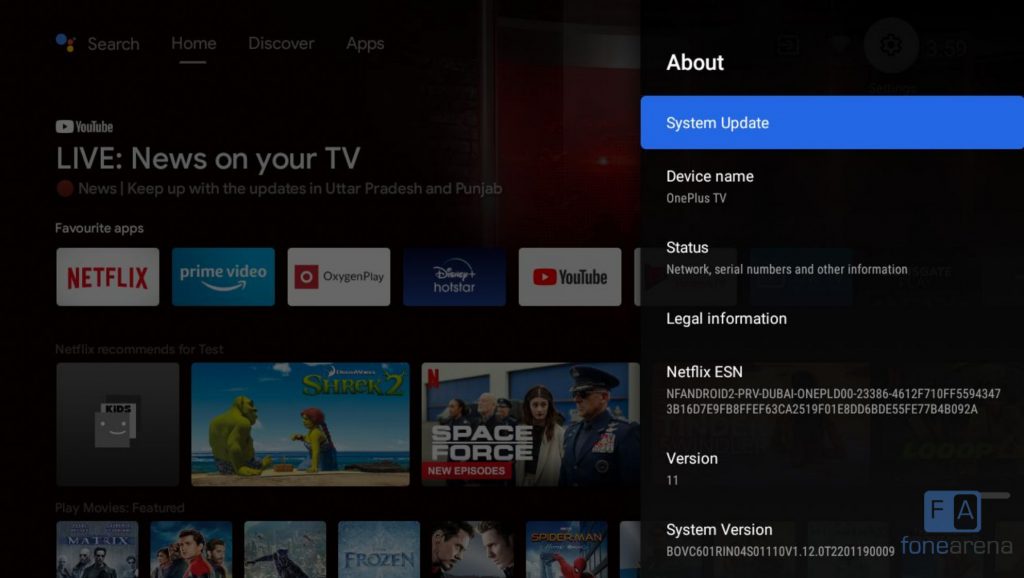 Casting to the TV has been improved with added support for Miracast, along with DLNA, and Chromecast. Miracast is becoming an increasingly common feature, and it’s great to see OnePlus add it to its Y-series TVs. 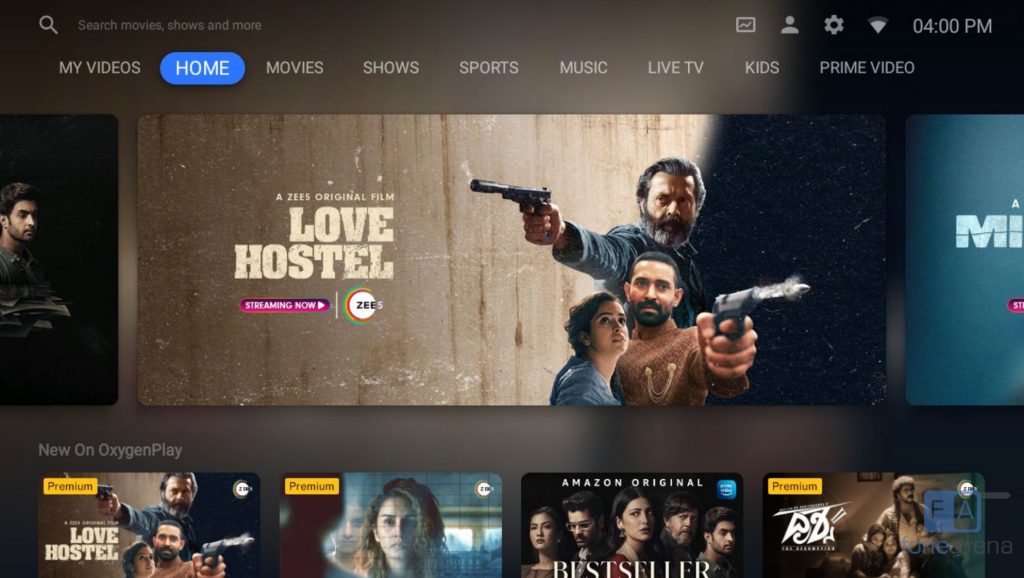 OxygenPlay 2.0 behaves as a hub for watching on-demand content, aggregating 17 content providers into one screen on the TV. There are also dedicated sections for content categories, such as Sports Zone and Live News Zone. One another highlight feature of the Y1S Edge is its support for ALLM (Auto low-latency mode) on its HDMI port, which is great to have when playing games on supported hardware such as the Xbox Series X, etc.

The TV can be controlled via a smartphone app, called OnePlus Connect 2.0 which is available on the App Store. The app offers a lot of functionality such as navigation, opening apps, file transfer, casting, exploring content and taking screenshots. The app can even connect to the TV without needing a Wi-Fi or data connection, which is convenient.

There are also a couple of OnePlus-ecosystem specific features, such as the ability to connect a OnePlus Watch and seamless connectivity with OnePlus Buds Pro. With the OnePlus Watch, you can also sync its sleep tracking feature, where the TV will automatically turn off once the Watch detects that the user has fallen asleep. 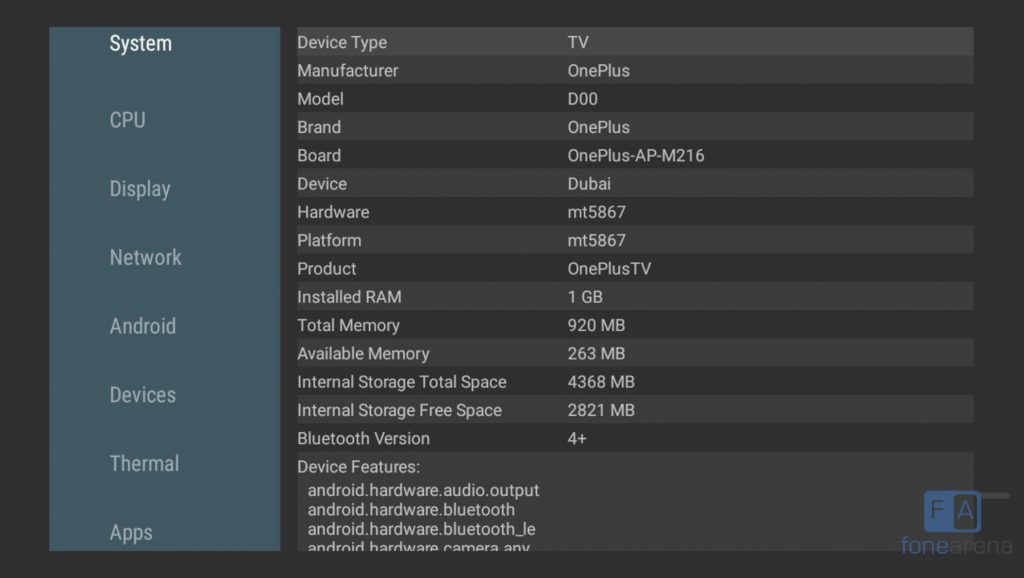 The Y1S Edge is powered by a MediaTek quad-core processor comprising of Cortex A55 cores. Along with this, it has 1GB of RAM and 8GB of internal storage for the OS and apps. 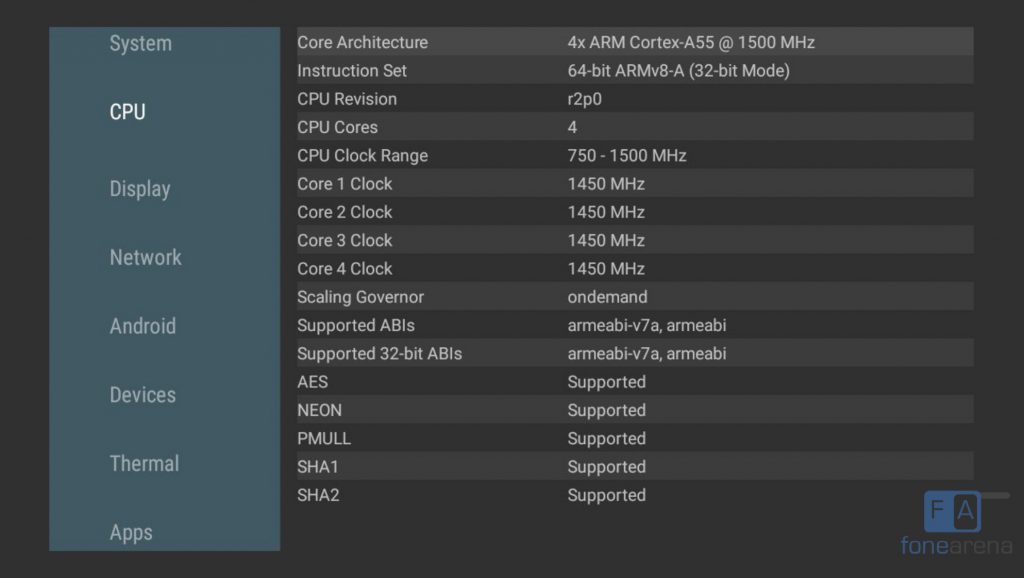 The performance of the TV is adequately fast for a budget TV, although I did observe a hitch or stutter in the UI occasionally. OnePlus claims that the Y1S TV processor is 30% faster than the older Y1 TV, and though it is hard to measure, I did notice that the TV performed slightly better in real-world usage. Opening apps was reasonably quick, however I did notice slowdowns when switching between apps. 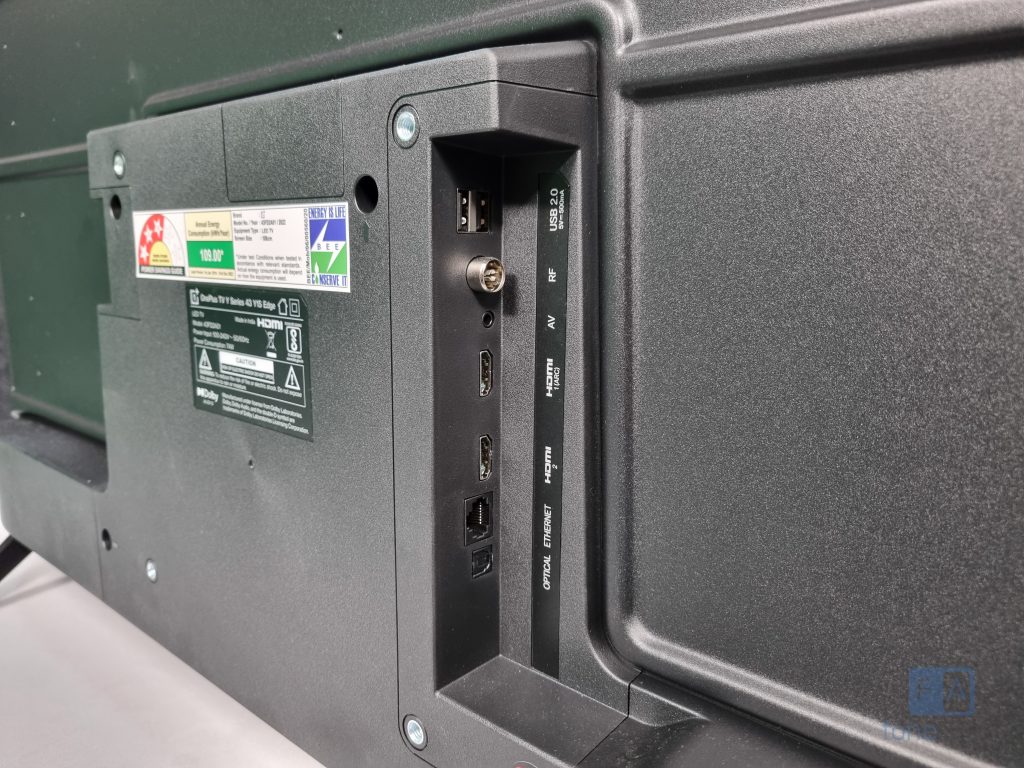 The Y1S Edge is the first in the Y-series TV line-up to feature support for dual-band Wi-Fi, which should improve the speed when streaming content. It also has Bluetooth 5.0 built-in. Regarding ports, it has 2 HDMI 2.0 ports (1 with ARC support), 1 AV composite input, 1 RF-connection input, 1 optical audio output, 1 RJ45 port and 2 USB 2.0 ports. 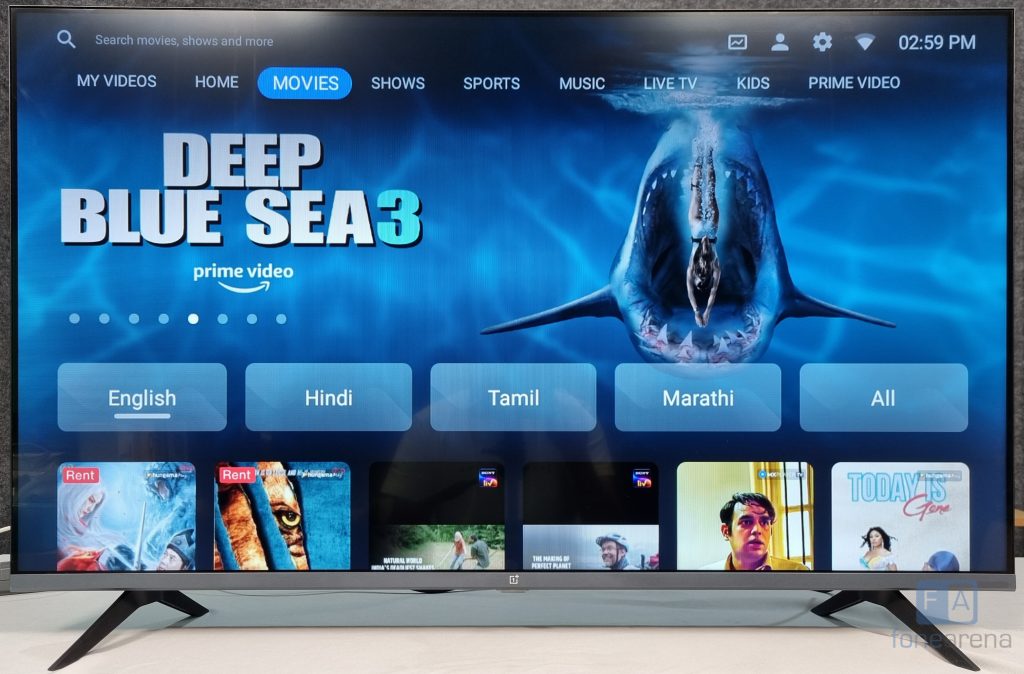 With the Y1S Edge, OnePlus has brought a lot of smart features from its U-series TVs to a lower price. The TV’s design is nice, panel is good, and the remote now comes with a dedicated Disney+ Hotstar quick launch button. ALLM support is also a great addition for those interested to use this TV for console gaming.

However, competition at this price point is heavy, and I feel like the OnePlus Y1S Edge is price a little too high. There are offerings from Redmi and Xiaomi that offer a lot more features for similar prices.

At Rs. 27999, the real value of the Y1S Edge is its integration with the OnePlus ecosystem of products. If you own multiple OnePlus products, then I would consider the OnePlus Y1S Edge. Otherwise, the TV faces tough competition in this price bracket.