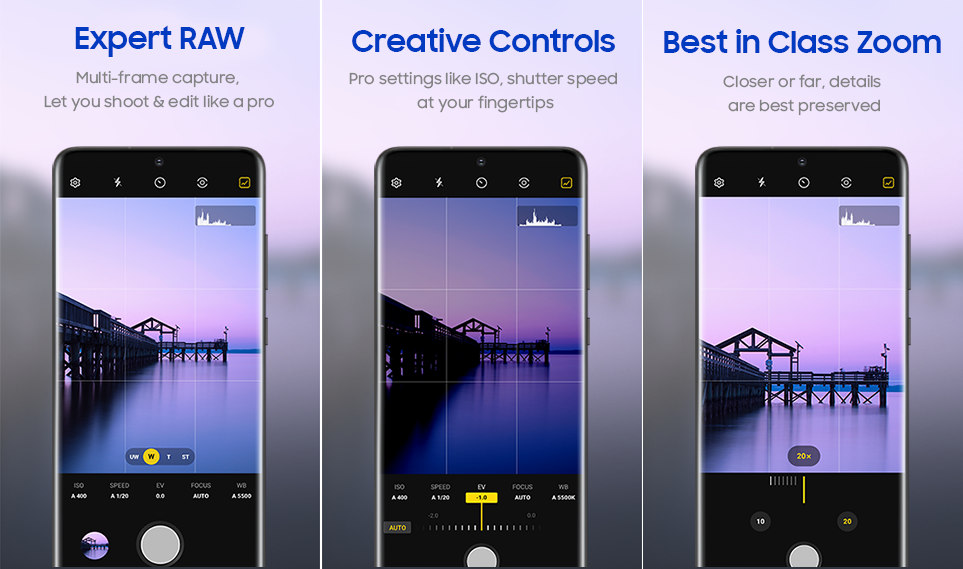 During the launch of the Galaxy S22 series, Samsung introduced an advanced camera feature called Expert RAW. The feature has now been confirmed to be coming to older Galaxy devices, enabling multi RAW shooting and image processing on more devices.

With the Expert RAW feature, instead of taking a single RAW photo, the smartphone will click multiple photos in different exposures and combine them into a single RAW file. The resulting file is reportedly higher quality and gives users greater control when editing.

The feature is first rolling out to the Galaxy S22 series by the end of February, and over the next few months, it will come to the following devices:

The Galaxy S20, Galaxy S20+, Galaxy Note 20 and Galaxy Z Flip 3 are notably missing from the list as they don’t meet the hardware requirements for the feature. In particular, the feature needs at least 2x optical zoom magnification and Bayer RAW output at that magnification, and these 4 smartphones lack them. Hence, they will never receive the feature.